Important information from cameras and from the finding that he jumped on foot in the rocky area. The unknown aspects of the case, her cell phone messages and her previous departure. If suicide is confirmed, will be one of the rare international cases of suicide at such a young age.

The serious possibility of suicide of 11-year-old Ioanna who was found dead, on Wednesday night, in the rocky area of ​​Agioi Apostoloi in Chania, researches - as presented by "To Vima"- in the last hours the EL.AS. With the police having clear indications that the little girl dived into the void, ending her life.

The unfortunate Ioanna, who had reportedly had an argument with her mother earlier (SS. as evidenced by messages found on the latter's cell phone), seems to have sat on the edge of the rock in the area of ​​Agios Apostolos, from which he later fell.

The girl, as evidenced by camera recordings, had bought a bag of shrimp and other food from a local store, which he ate at that point. What worries the police is that she seems to have had complete control over her movements and does not seem to have been approached by anyone.. At a time when there was daylight and full visibility.

In addition, from the first data of the forensic investigation it is shown that he fell to the ground on foot, reducing the chances of it being a crime or an accident, so it is estimated that the 11-year-old would fall in a different way. Nevertheless, all possibilities are thoroughly investigated

The officials of the competent authorities take into account that the 11-year-old had left her house a few days ago and had been located by her mother at a point, relatively close to what was found dead. And then there seems to have been a quarrel with her relatives, possibly for school performance issues, relationships with other relatives. 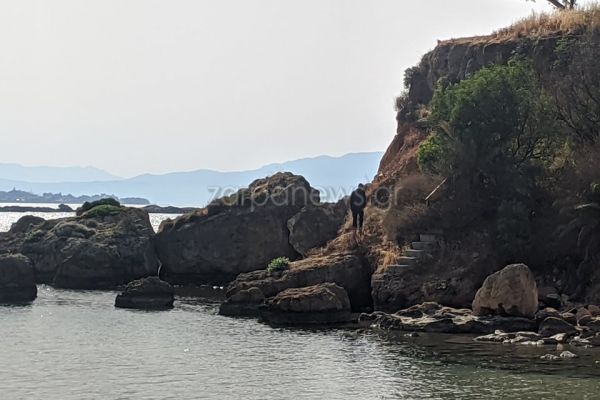 It is noted that, if it is confirmed that the unfortunate girl ended her life on her own, then it will be one of the rare cases in the world where the suicide of a person of such a young age has been recorded.

In October 2020 11-year-old committed suicide in Australia after learning that a man who had abused her had been released, while last March in France an 11-year-old student ended his life because he had been called by the management of his school, for harassing a classmate.

The little girl had left her house, in the Consolation of Chania, at eight on Tuesday night. Since then, her traces had been lost. The mother announced the disappearance of the 11-year-old on Wednesday morning. With law enforcement officials saying they were not initially informed of a previous altercation or of messages exchanged on her mobile phones with relatives. Investigations to locate her began immediately. Men of the Fire Brigade and the Police combed the whole area from where the little girl disappeared, until they found his lifeless body in the Holy Apostles.

A 35-year-old man drank toxic liquid in Skopelos, as a result of which an alarm was sounded at the Coast Guard, που έπρεπε να τον μεταφέρει από...

The mobilization of the health authorities was caused by a rare case of encephalitis in a 56-year-old farmer who came from a tick bite in Rodopi. THE...

Time 11:50: 45year fell from a height on Bishop Benjamin Street in Kozani

Disturbance prevailed shortly after 11:45 in the morning on Bishop Benjamin Street, in the city of Kozani, when, κάτω από αδιευκρίνιστες...

Chios: Woman poured chemical liquid on man – He is in danger of losing his eye