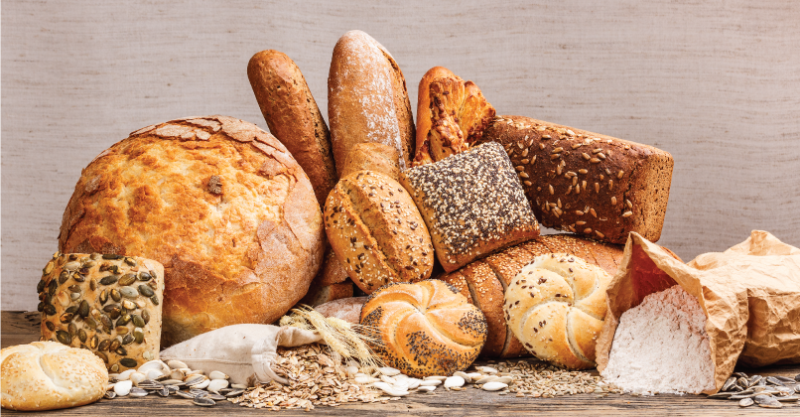 Three myths about bread that we should not believe

Three myths about bread that we should not believe

Bread is one of the most misunderstood foods in the modern diet, since many myths accompany it over the decades.

How many times have you heard the phrase “do not eat bread, is getting fat "; It is a myth that has accompanied it for decades, although it is a food that has been a staple of the human diet for thousands of years – long before the first case of obesity on the planet.

«Bread is an integral part of our diet. Access to it is easy and relatively inexpensive. It is also one of the safest and, depending on the species, nutritious food», he says Clinical dietitian-nutritionist Dimitris P.. Bergeletos, member of the teams of Specialists in Sports Nutrition and Public Health of the Panhellenic Association of Dietitians-Nutritionists.

Although, Nevertheless, we should prefer it over other processed cereal-based foods, many avoid it for no reason. Cause for’ these are the myths that accompany it. Mr.. Bergeletos explains the truth about three of the most prevalent:

The truth: No, does not thicken the bread. We can eat bread every day and not just not gain weight, but to lose weight as well. One slice of bread contains less than 70 calories. Therefore, can be a food even for people who follow a strict weight loss diet.

What thickens, Nevertheless, is what we put on the bread or between two slices. And if you do not believe it, think about what a hamburger contains.

Myth: I eat a nut to lose weight

The truth: Too often dieters choose to eat nuts instead of bread. There is a big misunderstanding here: nut per gram yields 3,5 calories (wholesale), while the bread 2 calories. Consequently a barley roll that weighs 70 grams offers 245 calories. These calories correspond to 3 to 4 slices of bread!

How is this possible?; It is simple. Due to the baking, the nut is dehydrated and eventually becomes denser in caloric content (wheat flour, barley flour, rye flour etc.).

On the other side, may be more filling, due to the chewing process (it is hard, more saliva is produced and therefore amylase, while it is also more digestible).

Myth: Brown bread does not thicken

The truth: It has the same calories as white, it's just more nutritious. In fact, has three times more fiber than white, therefore a slice offers us more than 10% of our daily fiber needs.

Brown bread also has a low glycemic index (raises sugar gradually and not abruptly) and better hunger satiety index. For’ For these reasons it is preferable for patients with diabetes and those trying to control their weight..

Who should f’ really beware

Those who really need to be careful what kind of bread they consume and in what quantity are certain population groups, such as:

What is the best bread for our body

Do you think that eating only wholemeal or gluten free bread is good for your body?; So it seems, we are rather kidding ...

Wholemeal or white bread: What is better;

Wholemeal bread contains more fiber and is better for your gastrointestinal tract. However, the important thing is ...

Let us not hide, when we see a food being moldy, we loathe, we catch it with the tip of our fingers and ...