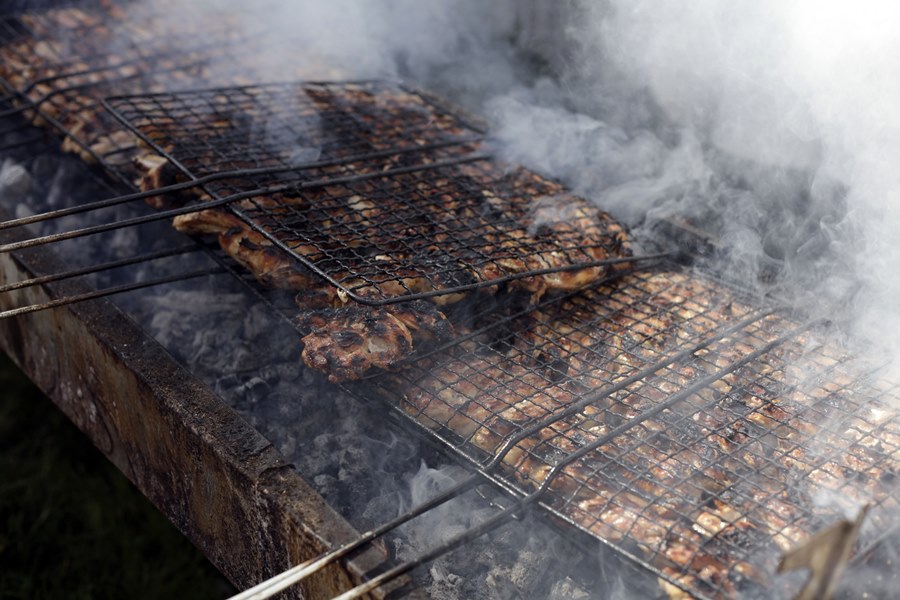 Grill Day: The 5 things you need to know about “meat day”

Grill Day: The 5 things you need to know about “meat day”

The history and symbolism hidden behind the special day of the year when meat has its honor, on Swan Thursday.

This year we will experience a different Swan Thursday. For the first time we will not see the inseparable prevail in the taverns, nor on the streets of the country. The advent of the coronavirus pandemic forces us to avoid overcrowding and stay home. Let not “we fall” Nevertheless, opportunity to take advantage of our balconies and terraces to bake and honor “meat day”.

Because we celebrate the day though; How this particular custom was established; Let's find out the theoretical knowledge behind Swan Thursday before grabbing the steak by the hand.

Swan Thursday is celebrated 11 days before Shrove Monday, on Thursday of the 2nd week of Carnival, also known as Creatine. His Swan Thursday 2021 falls 4 Of March 2021. The other weeks are Profoni and Tyrophagus week. For the Greek Orthodox it foretells the beginning of Lent. The forty-day fasting period before Easter.

2. Because it was named that way

Its name comes from the words "tsikna", that is, the smell of roasted cooked meat on Thursday. It is said, that Thursday was chosen as the day of eating meat, as traditionally the fasting days of the Greek Orthodox are Wednesday and Friday.

3. Official day of the beginning of Halloween

Nowadays, considered, that Swan Thursday is the "official" day of the beginning of the carnival season. The "Tsiknopefti", as it is also known, it was the day they prepared in earlier times, the "salt". In other words, they boiled the fat with a little water and sprinkled it at the same time (with water), before straining it. One week before Swan Thursday, the process of slaughtering the pigs was beginning, the so-called "pig carcasses".

4. Where else in the world do they have similar celebrations

The Germans still have celebrations similar to Swan Thursday, the "Weiberfastnacht" and the French, the "Mardi Gras", that is, "Fatty Tuesday", which however corresponds to Orthodox Holy Monday. "Mardi Gras" is celebrated with great luxury in old French-speaking areas, such as New Orleans.

There are many customs of Swan Thursday throughout the Territory.

Throughout the Peloponnese region, on Swan Thursday they slaughter pork from which they make various other foods, including curd, cigarettes, sausages, ointment and salt.

In Serres again, the custom of Good Friday imposes large fires, in which, after cooking the meat, the most daring jump between the flames. The "consulates" are coming to an end, where one undertakes to mix the coals with a wood.

A little higher, in Komotini, The protagonist is a hen, which housewives almost burn (scorch in essence) for the family to eat on Carnival Sunday. Tradition even states, that on Swan Thursday the engaged couples must exchange edible gifts. The man must send the "kurko", that is, a hen and the woman baklava and a stuffed hen.

"Korfiatika Petegoletsia" or "Gossip" or "Pete Golia" is a tradition of Swan Thursday, which belongs to the old town of Corfu. The petegoletsa or petegulio, according to the locals, is the beloved, in many, habit of gossip. In Corfu of course, traditionally performed with glory and pride in the Piazza of the city of Corfu, on Swan Thursday night. In essence, something like "theatrical" is set up, where the locals impersonate the gossipers with spartan stories.

Grill Day: All of Greece on a barbecue today - What are we celebrating, why do we grill meat