Rottweiler case: "Catapult" the prosecutor - "The death of this little child is due to the bites of the dogs of your property, so you are responsible ”- What the defendants said in their apologies - Bold phrase of the dog owner -“ The child did not have a proper mother to take care of him ”!

Rottweiler case: "Catapult" the prosecutor - "The death of this little child is due to the bites of the dogs of your property, so you are responsible ”- What the defendants said in their apologies - Bold phrase of the dog owner -“ The child did not have a proper mother to take care of him ”!

With several moments of tension and breaks continued today, Wednesday, at the Three-Member Misdemeanor Court of Kozani, the trial of the case of the tragic death of 5-year-old Stathis, from the Rottweiler attack, on Easter Sunday and May Day 2016.

The beginning of the hearing procedure was with the long-awaited testimony of the surgeon of the Mamatsio Hospital of Kozani, Michalis Doulgerakis, who was the first to face this tragic incident, with the witness emphasizing that “e"It's ridiculous for anyone to say that the child could walk or cry in the situation he was in.", adding “tthe child was in a coma, almost semi-possible, with difficulty breathing, unspecified heartbeat ταν was in severe shock. Immediately began recovery with all the protocols in basic life support, giving priority to the airway, that is, in the breath "

He described in detail the whole treatment, stressing that “From the beginning, intubation was considered difficult to impossible, due to the severe injury in the oral and pharyngeal cavity and the tracheotomy was decided. This lasted about 15 'και during and after the tracheotomy the child suffered a heart attack.

In the end, recovery efforts were made, but unfortunately the child ended up, after severe injuries to the mouth and skull, with vital irreversible damage.. vital organs had been irreparably damaged, the inside and outside of the sphincter had partially ruptured. If there was a doctor at the site of the attack, could close the wounds to stop the bleeding… ».

After a question from the mother's lawyer Zisis Vrikou why, while the treatment process of the incident lasted 15 ρείται time of death is recorded 45 ′ after the admission of the child to the hospital, Ohm. Doulgerakis replied that "the time of death is the time when the KARPA process stops, which in some cases may take up to an hour due to protocols ".

In closing, he stressed that "the child's injuries were reminiscent of a state of war, we were all shocked but we were not afraid to face the incident… but we are people and parents and the whole spectacle was shocking ".

It should be noted that the well-known doctor received many questions from the defense attorney Nikos Vassiliadis, (who claims from the start of the trial that there are responsibilities of the hospital doctors), without missing the moments of tension.

The apologies of the accused

The apologies of the accused followed, with the known, retired officer and dog owner to claim that the responsibility for the death of little Stathis lies with the στο doctors at Mamatsio Hospital in Kozani and not him!

He himself blamed the police because "they falsely leaked that my mother was a chick", while later claiming that “The mother did not exercise due diligence, according to the law".

It should be noted that the defendant annulled his initial statement where he had stated that the mother may have "caused" the accident to claim compensation., saying he was in turmoil and two priests helped him, the late Father Augustine and Father Nathaniel to be able to come to peace of mind.

"My responsibility is that I did not foresee the unpredictable," said the accused, saying that in order for the dogs to come out this had to be done after human intervention. “This pipe that essentially closed the dogs inside, Stathis himself could take it out and the dogs could come out ", he said while mentioning many times that only the mother and the child could take out the support tube: "I think it was possible that the mother did it by mistake, as he passed by to go to the kitchen ”, he said characteristically.

The retired officer went on to say that “for psychological reasons my wife got a Rottweiler a few days after the incident, but it does not belong to me. ” and, as stated by the accused, "It was ordered for my wife to have it…", he adds that “I train the dogs myself, I have manuals that I read and apply. I never tied the dogs, I just closed them when a guest came ".

Closing his apology, he said he had received "incredible bullying from all the media.", insults and provocations ”and accused the mother's lawyer for calling him a“ murderer ”, in his TV appearance.

"My psychology does not allow me to continue, I have never given myself the right to be accused; everyone cares about their backwardness. I am obliged to obey the laws ", mentioned and closed with the phrase of Meander "in all seen time the law prevails".

For her part, his wife and co-accused stated that "The child had a clean face when I took him in my arms, he had a bite on his neck and his jaw was intact, as well as a scratch on the eye "and went on to say that he was very sorry that an innocent child was lost, "Who did not have a proper mother to take care of him"!

The president then had a heated verbal incident with the accused, but also the defense attorney, who referred to the past of the mother of the unfortunate Stathis and the trial was adjourned for two minutes.

"I deny any wrongdoing, I felt great tenderness while he was living… a small neglected child who at some point hugged me and cried… "said the accused about the child., saying then “My husband was an excellent officer, who served his homeland with dignity; this house was a little paradise for us and our friends ,but the supposed friends are the ones who hurt us and called us murderers ".

Closing her apology, end, addressed the headquarters and said that "Mr. President from the beginning you saw us with a bad eye and we will move differently".

"Catapult" is the speech of the prosecutor

Immediately after the apologies of the accused, in her speech, the prosecutor reported, including: "Contrary to logic and data, it was the argument of the accused. The security measures were not able to keep the dogs… The measures had to be similar to a kennel and the dogs did not have the proper training. It goes without saying that as co-owners of the house you are automatically co-owners of the dogs and you both bear the responsibility. There was no medical error from the testimony of Mr. Doulgerakis, therefore the death of this little child is due to the bites of the dogs on your property so you are responsible!” 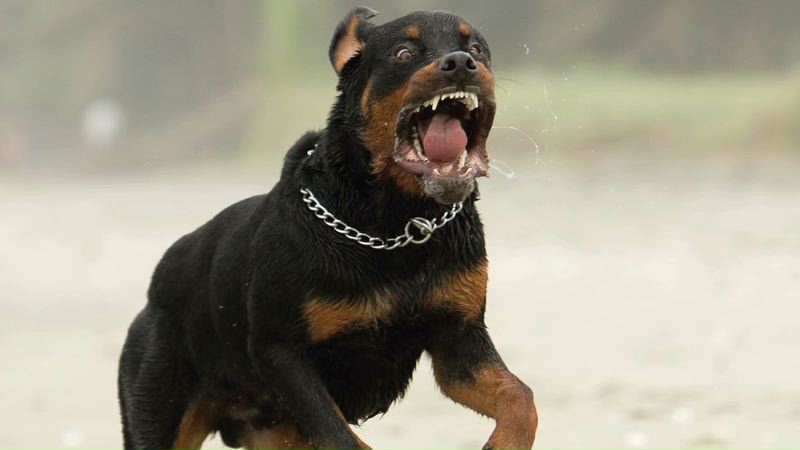 Rottweiler case: The couple of owners is guilty for the tragic death of 5-year-old Stathis - The sentence is redeemable

They were found guilty this afternoon, from the Three-Member Misdemeanor Court of Kozani, the two accused for the tragic death of 5-year-old Stathis,...

Kozani: At 19 July the trial for the death of little Stathis

The court unanimously rejected the defendant's application, who requested the disqualification of the President of the headquarters for his trial ...

Kozani: The trial for the death of 5-year-old Stathis from a dog attack was interrupted

The trial of little Stathis was interrupted at the request of the accused for the removal of the presiding judge. The decision is expected from ...

Kozani: The trial for the death of 5-year-old Stathis from a dog attack continues

Today, continues for the second day the hearing process which was interrupted last Tuesday for the death of 5 year old Stathis ...