After the catastrophic fires in Attica and Evia, the Hellenic Banking Association had announced in an official announcement that there would be a suspension of installments, whether it concerned capital and interest or interest only.

"After contacting my client from Evia, which also has institutional status there, the bank sent him a document, where there is an obligation to pay interest»Noted in Mega the lawyer Ariadne Nouka, clarifying that the loan was open. "You only pay interest on these contracts which is a large amount and capital when you are facilitated," he said..

In fact, the specific victim in the fires that swept Evia, except his house, he also lost his business.

"The document could not be signed, I advised him not to do it. In contact with the bank we told them that it was a joke. What is going to happen, the fire victims will deal with the lawyers; It is an announced obligation. It is also the moral "he stressed, pointing out that the issue has been resolved.

To see what they sign, Ms. recommends to all fire victims. Νούκα. A powerful explosion occurred on Saturday morning in a three-storey house, in Kalivia, Attica and a fire followed which they faced 21...

The aim is to ensure that the victims receive their compensation as soon as possible. The Ministry of Development and Investment plans to ... 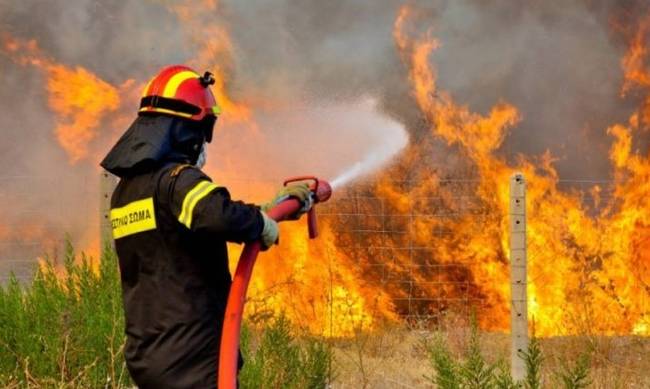 Shocking video: Fire turbine in Vilia lifted up and "threw" a tree trunk to the firefighters

Shocking video from the fire in Vilia was posted on the Forecast Weather Facebook page. The video captures images with ...

The parents of the 13-year-old who confessed as a minor have also been arrested - The three will be driven tomorrow, Thursday,...