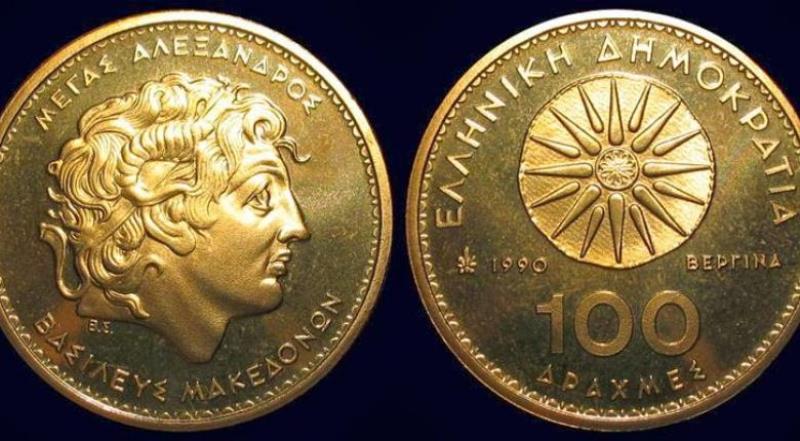 A small panic was caused on the Greek internet in the previous days, when the "news" was released by some blogs, how their coins 100 drachmas can be sold up to and for 5.000 one euro.

As reported in these publications it is estimated that the "price of the currency 100 drachmas "is around 50 euro, while in some cases, the coin with the head of Alexander the Great and the star of Vergina touches for collectors even the 6.500 euro.

Many citizens who owned their coins 100 drachmas began to "take" them on the internet to attempt their exchange for large sums of euros. At the same time, however, their coins on ebay 100 drachmas are sold for just one euro.

As mentioned by Dimitris Podaras ( greekcoins.gr), special appraiser on Greek coins, speaking to the Star news bulletin, there are indeed some collectible coins of great value, but these are not in the hands of the citizens.

"A few pieces have been found, but they are certainly not what the world has in its hands ", he stressed characteristically. Coins like the ones pictured above circulating on the internet "have little value at all", said Mr.. Foot, adding that they are worth "objectively, two euros per kilo ".

The truth is that there are coins of 100 drachmas, with Alexander the Great costing 3.000 one euro. However, probably, probably the vast majority of us have not even seen them.

"By cutting date 1990 are known approximately 15 pieces that have been cut to PROOF condition and make approx 3.000 euros each. But these are in the hands of collectors and not in the jars of the world!Underlines Mr.. Foot.