The manufacture 28 January 2022, The Military Union of the Kozani Regional Unit held a scheduled meeting with the Kozani MP of the New Democracy and. Amanatidi George, in his political office.

On behalf of the Union, the President Papadimitriou Lazaros and the Vice President Theocharis Konstantinos were present.

During the discussion that took place in a very friendly atmosphere, The main issues concerning the active military serving in the Kozani Regional Unit were developed, which were submitted in writing in a memorandum, asking Mr.. Member of Parliament his practical assistance and their promotion through the institutions to which he belongs and serves. The memorandum included the following:

1. Unchanged with the completion 30 years of service.

2. Compensation for night work to all executives.

7. Adjustment of the retirement age limit of EP.OP.: The political and military leadership must resolve this issue by enforcing the current pension laws governing the military., to avoid receiving a reduced pension due to occupation of the age limit.

9. Executive Health Care: Annual health examinations of executives and medical examinations to be carried out in the state hospitals of the area. Contracted doctors for the directly insured.

11. Demobilization rank of Light Service of Executives from ASSY.

Mr.. Amanatidis showed special interest in the problems of the Military, stating that it will assist in resolving them through formal procedures, Recognizing that the highlighting of problems by our Union is particularly important.

At the meeting, all the health protocols concerning Covid-19 were observed.

For the Board of Directors 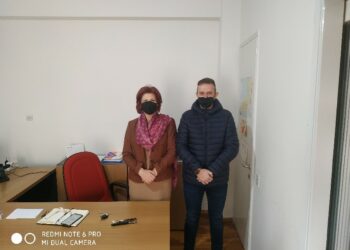 The Union of Military Regional Unit of Kozani following the contacts with representatives of the parliamentary parties of the region, on Monday 28... 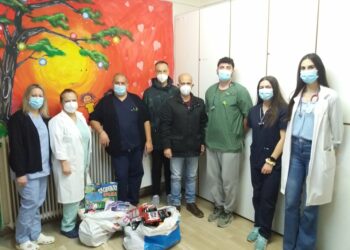 Donation to the Pediatric Clinic of Mamatsio

Having in front of us, another difficult winter, full of challenges for the National Health System, as the SARS-CoV-2 pandemic is still ... 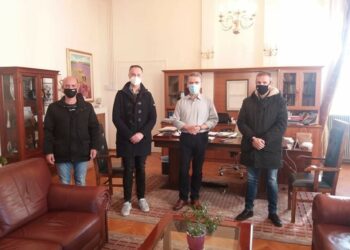 In the context of the contacts of the Union of Military Regional Unit of Kozani with the institutional agents of the Region, took place on Thursday 02...