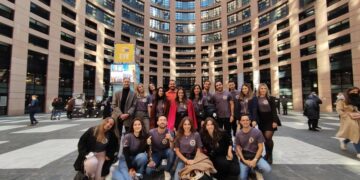 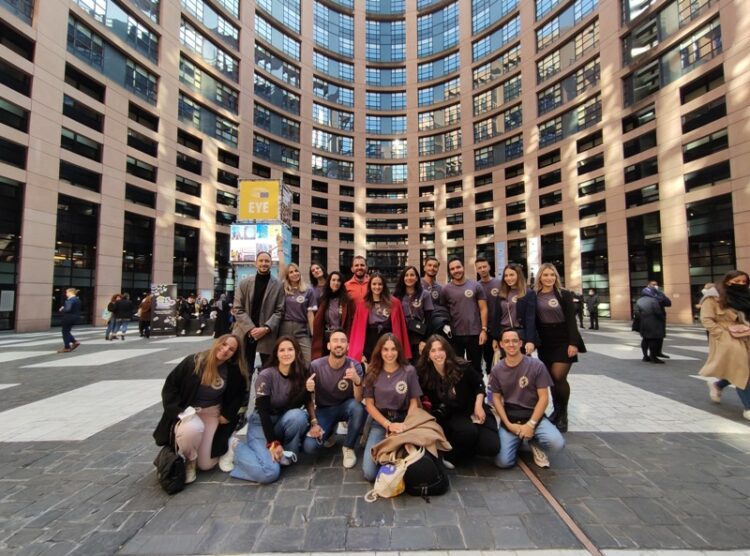 The European Youth Event (EYE) brings together each time in the European Parliament thousands of young people from all over the European Union and non-member countries, to to shape and share his ideas for the future of Europe.

In this year event, which took place in Strasbourg, at 8 & 9 October 2021, stood out the conference on the Future of Europe with the ideas and vision of citizens for a a democratic and strong Europe. Young people from all over Europe gathered for to discuss tomorrow's European Union.

Democracy and the modern digital age, the rule of law, the environment and action for a federal Europe was among the main topics of discussion 10.000 new participants, with2.000 ideas and 160 activities during the event.

The youth group Humans First participated in this pan-European event with mission set consisted of 20 members, with young men and women from Siatista, Kozani, Thessaloniki, Larissa and Volos. At the invitation of the European Parliament, our team traveled in Strasbourg, France and took an active part in its most massive event European Parliament.

The youth group Humans First is a youth initiative, mainly from Siatista but and from other areas, which aims to both strengthen the role of youth on on issues that concern modern society but also themselves, as much as him highlight.

The primary values ​​of our team are the highlighting of the importance of extroversion in areas of our country, such as Western Macedonia, as well as the effort for proper utilization of the rich and promising human potential of our young people. 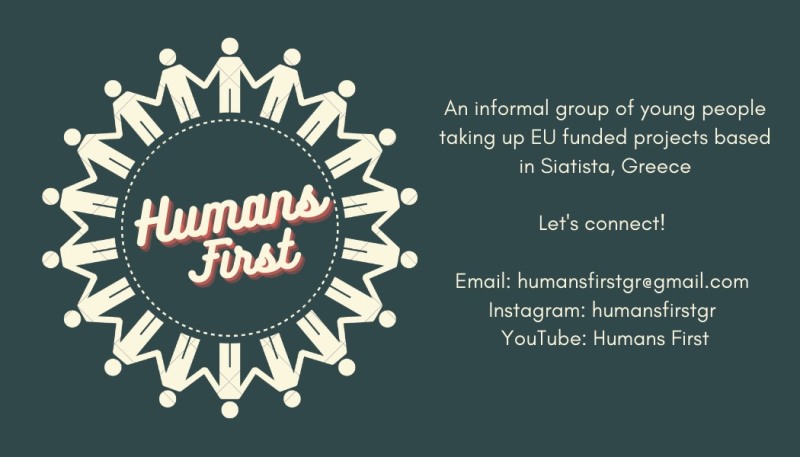 At a time when the phenomenon of the flight of young people from Greece to abroad is becoming more and more frequent and in order for this to suppressed, our team through its dynamic continuous actions gives new opportunities for the empowerment of young people and youth extroversion. The EYE2021 presented us with hundreds of exciting activities (Archery, golf, boxing , football , tennis), discussions and hearings that made us think the changes we can all make together for Europe. 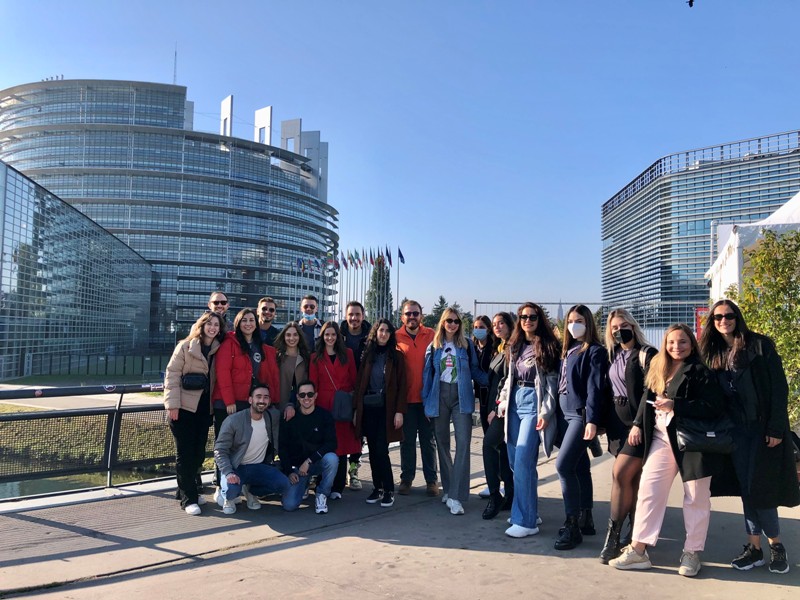 Between others, A special and great honor for us was the fact that we also visited Parliament plenary, which gave us the unique opportunity to live up close the fascinating atmosphere that prevails in the largest international parliament in the world.

This is where the most important European debates take place Parliament and many historic votes have been taken. In this context the Our group attended the talk on the subject “Digital Democracies”, concerning the future of democracy in the modern digital age. 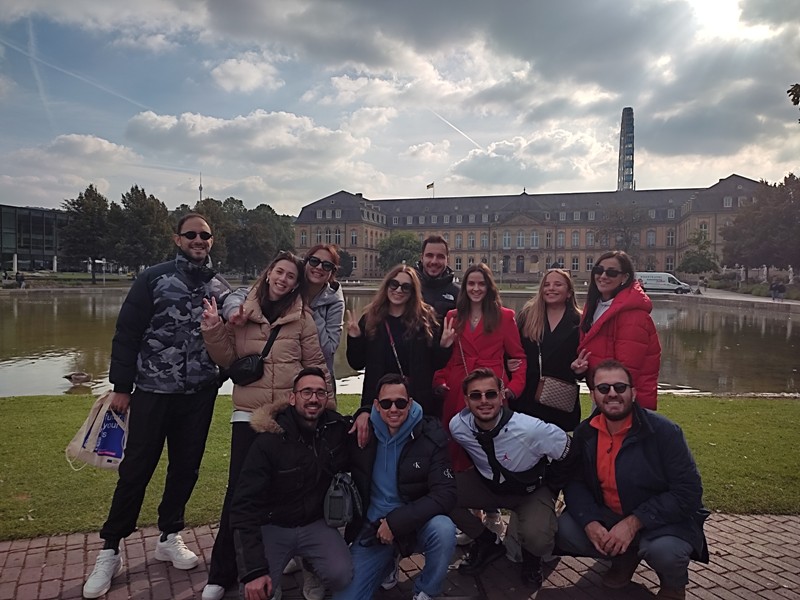 also, the EYE2021 gave us the opportunity to see up close the beautiful city of Strasbourg, with the picturesque districts among which Little France stands out ( Little France) where, as evidenced by her name, there the visitor can get a little taste from all over France. Nice Alsatian houses , small streets, The river Il on the sides of which there are restaurants, breweries and old buildings, former prisons, monasteries, slaughterhouses , customs . People ride bicyclesand sit in the local breweries that make their beers from its water river! Beers blonde, black and white accompanied by flabby tarts! 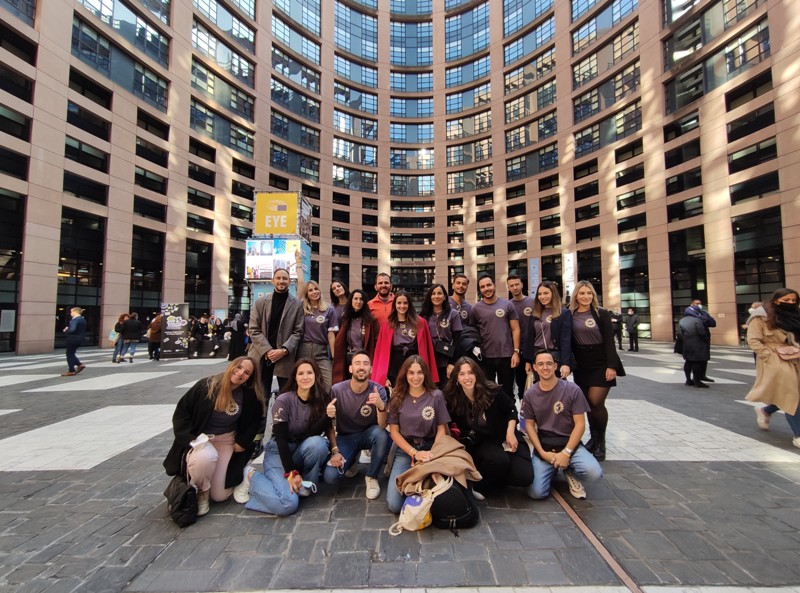 Our visit to the Cathedral of the city was also special(Notre-Dame cathedral from Strasbourg) ,which is considered one of the characteristic works of Gothic architecture and is the second most visited cathedral in France after Notre Dame.

Our visit to EYE 2021 left us full of beautiful experiences and moments, while at the same time it gave us inspiration for new ideas and actions oriented towards the needs of the modern European Union for young people. 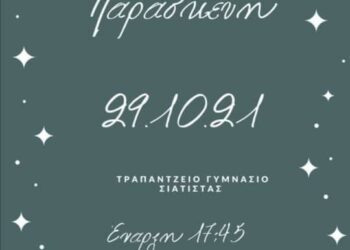 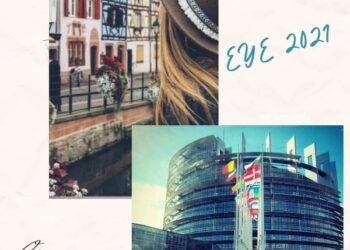 Quarantine was a difficult time for all of us. A period we could not travel, to meet people, to...