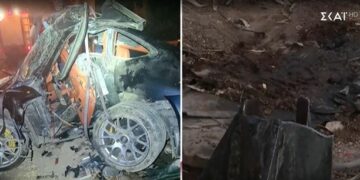 Mad Clip: The popular rapper is dead in a car accident

Mad Clip: The popular rapper is dead in a car accident

The popular rapper Mad Clip was killed in a car accident that took place in the early hours of Thursday.

The well-known rapper - for a reason unknown until now- lost control of the Porsche that led to his vehicle being nailed to a tree on Vouliagmeni Avenue, in the church of Panagia Faneromeni, downstream to Athens.

The men of the fire department, According to reports, it took them two hours to free Mad Clip, who was alone in the vehicle.

Amorphous mass of Mad Clip's car after the car accident
The singer was pulled unconscious and transported to Evangelismos, where a little later it ended up.

"The release of a person without his senses was completed by E.I.X.. car, using a rescue series and was delivered to EKAB, on Athens Avenue in Vouliagmeni, Attica. They tried 12 firefighters with 4 vehicles », said in a message the fire department. 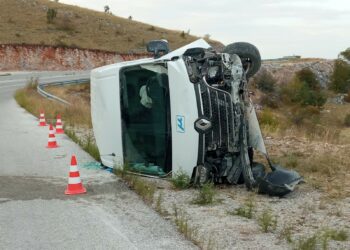 A car accident occurred on Monday on Galatini Street - Siatistas. As you can see in the photo, the car for an unknown reason, turned ...

A 26-year-old died in the early hours of the morning in a car accident in Florina.. According to reports, the car... 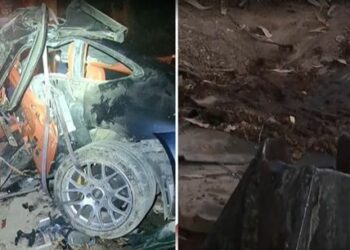 Mad Clip: Where was the cross and his cell phone found?

18 about days after the deadly car crash that cost Mad Clip his life, it finally became known that he was found so ...

Mad Clip: New data on the car - The driver of the Audi R8 they were looking for appeared, what he said to the Authorities

Developments regarding the "thriller" for the deadly car accident that cost the life of the famous trapper Mad Clip, as presented ...