In his first participation with our team, or Franco David Sea, σκόραρε στην Αριδαία ισοφαρίζοντας τον αγώνα σε 1-1 and giving the -historical- first degree in Kozani GDP in professional football.

The 23-year-old, Argentine striker, was transferred to our team recently and already seems to be adapting to the difficult league of our category.

With a height of 1.84m, Franco is known for his fighting spirit and this was the reason why the legend of Indepiente, Grifa, nicknamed "El Torrito" (The Bull). This great team, based in Buenos Aires, was the first stop of the then young hunter who pursued the dream of a professional footballer.

It started with the academies of Indepiente, competed in the K-20, was lent and from there to smaller categories with the colors of Colegiales and Ferocarril.

But Europe was his great goal through friends as well, the one born 1997 Argentinean, was found to be playing in Crete in the Third National with the jersey of A.O.. Paleochora of Chania.

Friends of our team, they advised us to get involved and finding out his talent he found himself just a few weeks ago in Kozani.

GDP will be the stepping stone to reach even higher Philotimos, the… TAVRAKI of our team, something that experts are sure will happen soon. 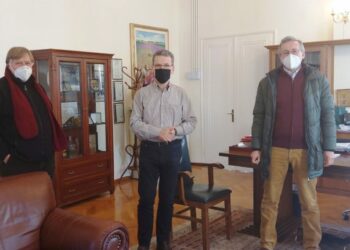 The GDP of Kozani at the town hall of Kozani 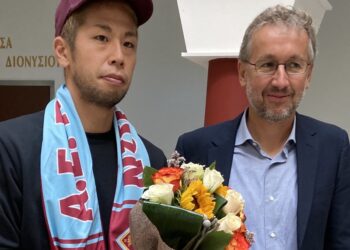 GDP of Kozani: The arrival and first statements of Takayuki Morimoto

At 08.25 Greek plane landed at Kozani "Filippos" airport, in which the new star of AEP was riding ....

The trainings of our team, Damir Spitsa has been watching since Sunday, old soccer player , with many years of presence in ...

Α.Ε.Π. Kozani: Satisfaction with the development of projects at the Municipal Stadium

The A.E.P.. Kozani feels special satisfaction and at the same time justification, for the efforts made in the part that concerns both the ...