For the opening of supra-local movements from 15 Government spokeswoman Aristotle Peloni spoke to SKAI in May.

Regarding the possibility of removing the SMS, he stated that from 15 May and then "we will see what can be done and what can be reviewed" and added that the issue will be discussed next week.

It is not possible to do self tests on children, as they are very small and do not wear masks, ενώ αναφορικά με τους εμβολιασμούς, Ms. Peloni said that "we are accelerating very much. From now on they will amount to approximately 100 thousands of vaccinations a day. "

He stressed, in fact, that the 95% of people who end up in ICU are unvaccinated. "The vaccine is the only safety shield and the tool that will bring us to freedom."

Asked if the platform will be opened so that there is a choice of vaccine, the government spokeswoman said it would be considered. "It's not here yet," he said. 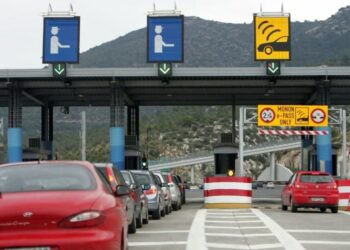 Electronic tolls: There is a charge per kilometer and new prices

With the new system the driver, regardless of whether it has a transceiver or not will be charged proportionally, that is, for all the kilometers it travels ... 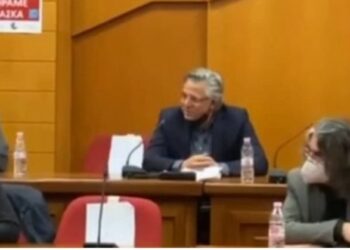 The issue of operation of road tolls in Siatista, on the Egnatia highway and the complaint of the residents for which ...

The Region of Epirus won an appeal to the CoE for tolls- Exemption of residents of P.E.. Ioannina in three stations- Kachrimanis: "It was a big decision, the fight brings results "

The justification of the Region of Epirus in its appeal for the tolls of the Egnatia Odos, announced recently by the Regional Governor,...

The operation of the frontal tolls in Siatista begins

They start on Tuesday 9 Of March 2021 according to siera fm, to operate its frontal tolls ...