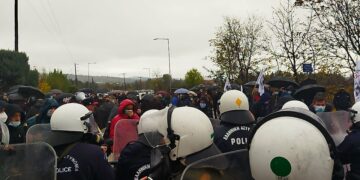 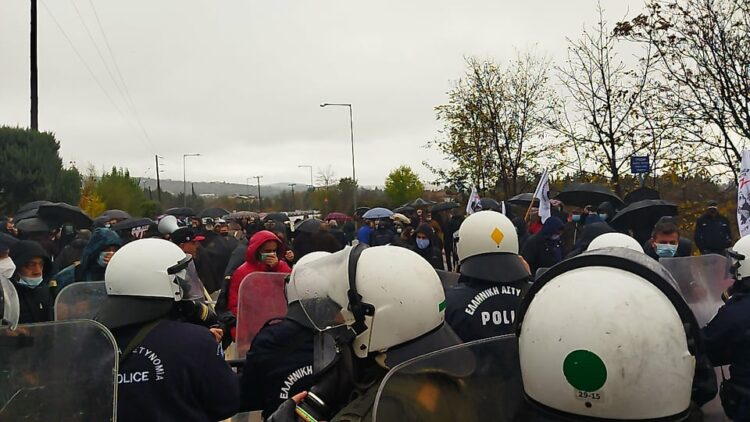 Mitsotaki's visit to Western Macedonia was marked by violence and savage repression of workers and the people who came out to protest against the catastrophic plans, of the Prime Minister, of his Government, EU and Capital, for our Area.

The "clumsy" prime minister after he put the MAT and the police to close all the roads within a radius of three kilometers, went to the speech area, like a thief, like a "catapult", through the fields and dirt roads so as not to see even as an image the workers and other protesters.

At the same time, from what was seen in the public eye, he did not commit himself to anything that could somewhat compensate for the enormous damage that his strange decisions bring to the Region.. (A detailed announcement on the Prime Minister's announcements will follow)

We greet all fighters, employees, farmers, students and youth who defied violence and policing and came out to protest against multifaceted destruction and desertification of Western Macedonia.

We denounce the police violence to the people of Western Macedonia, the suppression and use of toxic and chemical asphyxiating gases that took place under the responsibility of the Government and the Regional Governor who instead of being with the protesting people preferred to "get along" with the Prime Minister who is the main person responsible for poverty, unemployment and the environmental degradation of the area.

We call the employees, farmers, breeders, the unions, livestock associations, Environmental collectives and all the people of Western Macedonia to continue more united, more massively, more vigorously the struggle against the destruction and desertification of our Region.

To fight for an Electricity Company exclusively public, 100%, united and vertical under workers' and social control, oriented exclusively to the popular interests. "Electricity cheap for all the people". Renationalization-Nationalization of the entire Electricity sector. A truly Public Company that will lead the new era of Electricity using all modern forms of energy with respect for sustainability and the protection of the Environment.

ARSY: Konstantinos Mousouroulis: Honorary Doctor of Poverty, of unemployment and the Environmental catastrophe of D.. Of Macedonia

ARSY: We "welcome" the Prime Minister of Poverty, of unemployment and the Environmental catastrophe of D.. Of Macedonia