Fundamentals 2020: When are critical announcements expected?

Fundamentals 2020: When are critical announcements expected?

There are a few days left for the announcement of the Bases 2020, which will put an end to the anguish of thousands of candidates.

The Import Bases last year were announced on 28 August and, as everything shows, the same will happen this year. According to ethnos.gr, The goal of the Ministry of Education is the Bases 2020 to be posted on 28 August, day Friday. Nevertheless, according to the same report, there is a small probability that the announcements of the Bases will be extended for a few days and will be made on 31 August (Monday) or on September 1st (Tuesday).

Fundamentals 2020: The latest estimates for each field

Mathematics-career consultant Stratos Stratigakis presented on Saturday, through iefimerida.gr, his latest estimates for the Bases 2020.

At the same time, added the experienced educational analyst, "With the change of the admission system, the schools of the 3rd Field can not be declared candidates from the Humanities Studies and from the Studies of Economics and Informatics. These candidates were 6.552. Yet, with the separation of the graduates into examinees with the old and the new system we saw that many graduates of the 3rd Field chose the old system (as was natural), as a result we finally have very few candidates with the new system.

Of them in total 21.890 his candidates 2019, those from Positive Studies were 15.338. This year it is only 10.989. This in combination with the great reduction of the excellent students in Biology and the difficulties encountered by the candidates in Language is expected to tear down the bases of the Medical Schools and to allow the admission of all the candidates in this field as well ". 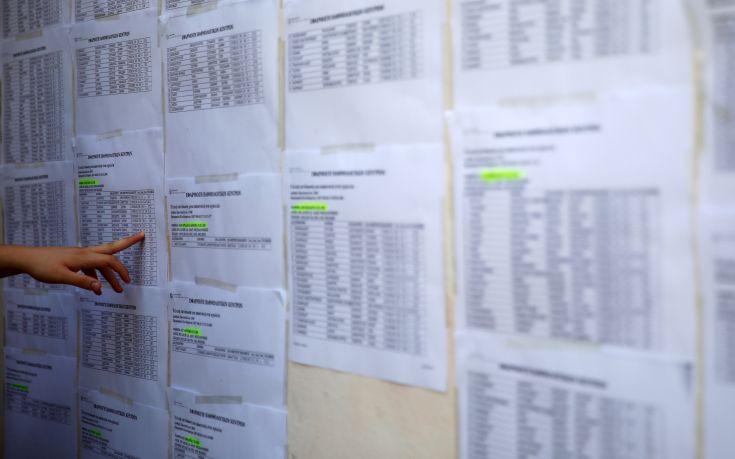 Where are the 4 first of the pan-Hellenic in PE. Kozani from GEL

The Friday Scissors with 19.400 points from the 3rd GEL of Ptolemaida enters the Medicine of Thessaloniki and in fact among the five ...

Panhellenic 2020: Tomorrow morning at 9:00 the announcement of the bases

Anxiety finally for thousands of examinees who took part in this year's Panhellenic Games as the results of .. are announced on Friday morning..

28 The announcement of the bases in August

The manufacture 28 August with the announcement of bases for admission to higher education, will end the anxiety of this year's candidates for ...

Twin sisters from the 2nd EPAL Kozani broke all the records in the national -The best scores in GEL and EPAL of PE.. Kozani