In my opinion, it is an act of NATIONAL RESPONSIBILITY and RIGHT approach of a balanced and dynamic development effort in Western Macedonia.,why:

1)Voio has always been in the shadow of the one-sided development of the Prefecture. Due to the fictitious size of per capita income in the Prefecture (PPC-Kozani-Ptolemaida axis) not even particularly Developmental incentives could be achieved in other areas of Development, similar to those in similar- difficult and isolated areas of the country (eg THRAKI).Also, many residents of Voio moved to the axis where PPC was developed unilaterally., resulting in its desolation.

2)The inequality of economic data within the Prefecture and even in nearby areas is very obvious and visible (Tele-heating-relocations and incentives around urban centers..etc.)

3)The Voio “offered” and there are already encouraging signs for alternative forms of cultivation and other innovative initiatives that if properly planned, they may save the region's economy for years to come and give young people jobs. The few businesses that have grown and are dying online ,they may come to life and breathe with NATURAL GAS. Also businesses and innovative plans of young farmers and stockbreeders will be financially encouraged.

4)The distance of the area of ​​Voio from Argos Orestiko that will reach the natural gas is less than 30 km from NEAPOLI (24Κm),something that allows without special and time-consuming procedures its transfer to 4-5 first points of our region. BOII is located between Kastoria and Grevena where it was decided to transfer the natural gas. Besides, Historically, economically and socially the region has uniform characteristics and connection.

5)The area of ​​Voio is one of the most remote- unjustified areas of our homeland with difficult and long winter but also expensive summer,away from seas and urban centers.

6) With the huge CRISIS IN GOUNA, the economic data is tragic in the region. # Connecting the area to the good of gas will encourage the area and young people trying, highlighting and exploiting its benefits and perhaps reversing the crisis at an opportunity.

In parallel with this ADMINISTRATION, IMMEDIATE promotion at every level of an Operational Plan that will face COMPLETELY-OBJECTIVELY and LONG-TERM the Development Perspective of Life must be FIRST EXCLUSIVE but also EFFECTIVE FOR THE COMPANY and have the, of all the factions of Dim. Council and local authorities.

Unfortunately, there are few of us left in the area and areas of sincere cooperation must be found for the benefit of the MUNICIPALITY and the citizens..

CONTEMPORARY IN THE MACEDONIA MACEDONIA AND THE PRESIDENT Mr.. G. Kasapidis,to the Municipality of Voio and to the Mayor Mr.. Zevkli Ch., To the MEMBERS of our Prefecture and through them to the competent Ministers
and to the CEO of DEDA to REQUIRE even now the connection of the area of ​​Voio to the network of NATURAL AIR.

I believe that the area's access to design has sustainability elements,is an easily feasible action,Absolutely eligible Developmental and socially imperative and fair.

Now that there will be significant funds in the Unified Operational Program of the Fair Development Transition of Western Macedonia, I think THIS PROPOSAL SHOULD HAVE THE FIRST PRIORITY OF CATHETICS AND BE EVERYWHERE. 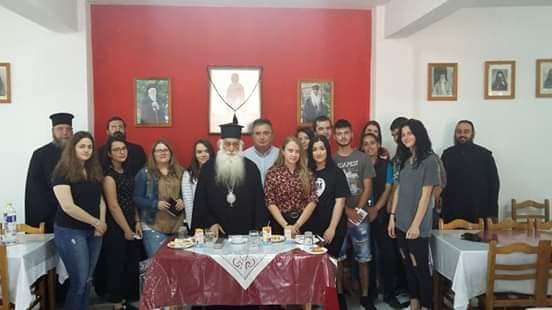