The Municipality of Grevena invites you to watch online the "International Closing Conference of the IT CULTURE project" where its results will be captured and interesting presentations will be presented by experts in the field of culture and tourism.

The event is open to the public to inform stakeholders and the local community about the benefits that arise in the area after the end of the project procedures..

THE event link is provided by the Zoom Online Platform and is as follows:

https://bit.ly/Grevena-Conference
The Municipality of Grevena as a leading partner in the project "Development and promotion of cultural tourist destinations through multimedia tools" (DEVELOPMENT & PROMOTION OF CULTURAL TOURISTIC DESTINATIONS THROUGH MULTIMEDIA TOOLS) with the acronym "IT CULTURE", co-financed by 85% from Community funds and 15% by nationals, in the framework of the European Cross-Border Cooperation Program Greece - Albania 2014 – 2020 (INTERREG IPA II CBC).

The "IT CULTURE" project aims to support a subset of the tourism industry related to cultural tourism and to "shift" part of the visitors to alternative forms of tourism. The design was based on their practice cultural routes for the cross-border area in order to attract tourists focusing on the places / monuments of cultural interest of which a large part remains touristically invisible. The main tool of IT CULTURE is the promotion of cultural paths with the use of electronic multimedia for the wide dissemination of information and the transition to the digital age. In addition to highlighting the cultural wealth of the region, the preservation and promotion of the natural environment is sought, which is an integral part of the cultural tradition of both areas..

Based on this goal, the project partners implemented a number of interrelated actions with a broader vision, the concentration, preservation and careful promotion of the archaeological wealth and folklore of the areas. This is also reflected in the electronic platform www.roadstoculture.eu but mainly in the museological studies that set the conditions for the creation of museums in Grevena and Pustec, which is the long-term goal for both areas.. 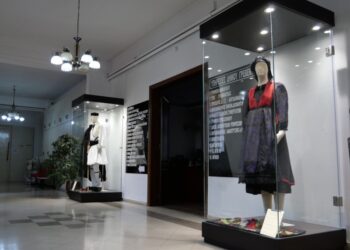 Municipality of Grevena: A beautiful tradition and tourism corner was created at the City Hall

A beautiful place of folk tradition and mountain tourism was created by the Municipality of Grevena on the first floor of the City Hall, out of ...

Municipality of Grevena: The festive event at the Cultural Center for the 109th anniversary of the liberation of the city (Video)

It was a great success on Tuesday afternoon 12 October 2021, the festive event of the Municipality of Grevena for the 109th ... 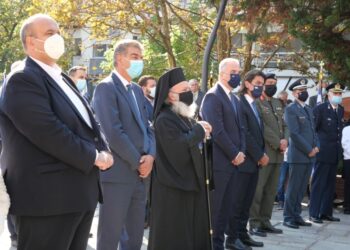 With the participation of citizens and institutions and having as an ally the good weather, took place today Wednesday 13 October 2021 the...

Municipality of Grevena: Raising the Flag and Playing Eothinos for the "Eleftheria" of the city

Municipality of Grevena: Raising the Flag and Playing Eothinos for the "Eleftheria" of the city Particularly moving moments unfolded on Wednesday morning ...