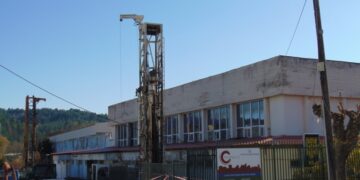 Municipality of Grevena: The Drills were installed in the Indoor Gym for the Energy Upgrade - 70% reduction in heating / cooling costs at the end of the project

Municipality of Grevena: The Drills were installed in the Indoor Gym for the Energy Upgrade - 70% reduction in heating / cooling costs at the end of the project 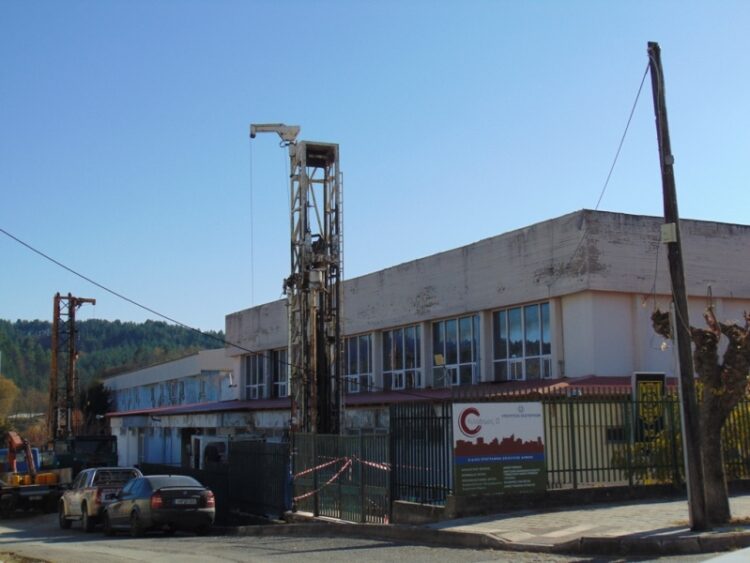 He was in the Indoor Gym of the city of Grevena on Tuesday morning, 17 November 2020, the Mayor of Grevena Mr. George Dastamanis in order to see up close the area that is now a real construction site as the required drilling began, depth 150 meters, that will contribute decisively to the implementation of the great project of energy upgrade that is "running" the Municipality of Grevena.

Mr. Dastamanis, accompanied by the Deputy Mayor of Technical Works Mr. Christos Trigonis, having gone through all the points of the ongoing work, special attention was paid to the two drilling rigs that have already started work in the enclosure of Kleistos and which will offer the good of the shallow geothermal heat that takes advantage of the constant subsoil temperature.

It is pointed out that beyond the drillings, the energy upgrade even includes a series of key construction and engineering interventions that are expected to substantially improve both the functionality and the aesthetics of the building. More specifically, the planning primarily concerns the construction of a modern heating and cooling system with geothermal and at the same time the installation of external thermal insulation, the replacement of the old frames and stands as well as the replacement of the luminaires with new LED lamps.

Upon completion of the project, Huge cost savings will be achieved for the heating and cooling of our Indoor Gym as the cost is expected to fall up to 70% compared to the use of oil it is today, thus saving necessary resources for the Municipality and the citizens.

"Next Summer we will deliver a breath-taking project for our place and our youth", Mr. Dastamanis stressed in his statements and underlined: "After the successful example of EPAL the 2017, that we secured energy profit 68%, The Municipal Authority continues dynamically and unwaveringly the further strengthening and promotion of environmentally friendly geothermal energy in all our municipal buildings, setting as its central goal the definitive elimination of energy poverty in the sports and education infrastructures where we give priority ".

End, It is worth mentioning that similar actions are launched in a Swimming Pool, town hall, Old Forest Office and Cultural Center while the energy upgrade of thirteen schools in our area is in the implementation phase. Therefore, we are talking about a set of actions that make Grevena a Protagonist Municipality in geothermal energy not only in Greece but also in Europe.

The regulations of the bill of the Ministry of Education for the introduction in the higher education will have catastrophic consequences for the regional ones..

Municipality of Grevena: On Thursday 21 January classes in schools will begin on 10:00 in the morning due to low temperatures

Municipality of Grevena: On Wednesday 20 January classes in schools will begin on 10:00 in the morning due to low temperatures