Time 13:00: The fires in Dilofo and Zoodocho Pigi are out of control - Big fire near Deskati - Video

It was featured in yesterday's main Open news bulletin

Important findings that reflect the political and social situation are presented in the poll of the company ALCO, which was presented in yesterday's OPEN news bulletin.

In everything,as to the political situation, New Democracy seems to maintain a great lead over SYRIZA, which although shows a slight decline from the previous poll, is maintained in double digits and in particular on 12,9 units (36,9% for New Democracy with a marginal reduction from 37,2% of May, against 24% for SYRIZA). Alongside, in the intention to vote is a similar picture to that of the Alco poll for the month of May with a non-partisan Parliament.

Dendias is the most popular minister

Regarding the popularity of ministers, Nikos Dendias keeps the lead with 52% positive answers followed by Vassilis Kikilias, Kyriakos Pierrakakis and Nikos Panagiotopoulos. Less popular are Adonis Georgiadis and Giannis Plakiotakis.

Insecurity in everyday life is felt by one in two citizens

The feeling of insecurity for everyday life is intense, as the poll shows, with almost one in two respondents (48%) to answer that they feel less secure than’ that three years ago.

Asked about the government's satisfaction with the measures and decisions of the government to deal with the coronavirus pandemic, the 32% of respondents appears a little satisfied, the 22% not at all, the 30% enough and just the 12% very satisfied.

At the same time 46% noted that restrictions on vaccinated persons should be lifted and apply only to those who have not been vaccinated.

As reflected by the research, the new labor that last week was voted in favor by the government in Parliament, seems to be already garnering reactions from citizens as 55% of the respondents considers as a negative development for the employees the possibility brought by the bill Hatzidakis for possibility of arranging hours with individual agreement of employer and employee. 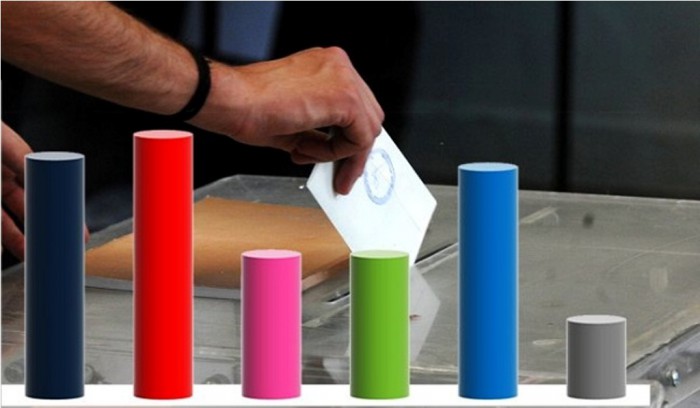