The above had been removed from substations of an electricity company 245 kilos of copper, with the total loss amounting to 12.500 about euros, while in addition they had removed valuables from a warehouse 800 about euros

They were searched by police officers of the Public Security Team of the Kozani Security Department, -3- cases of distinguished theft, committed in business substations and -2- cases of theft (one completed and one attempted) committed in warehouses, in the area of ​​Kozani.

For the cases arrested the day before yesterday (11-09-2021) in the early morning hours in the area of ​​Kozani, by the aforementioned police officers, with the assistance of police officers of the Eordea Security Department and police officers of the Serbian Police Department, 68time native, at whose expense, and -2- still native, 29 and 48 years, a case file was formed, criminal, for setting up a criminal group for the purpose of committing certain cases of theft.

Specifically, The day before yesterday, in the early morning hours, he was located by the aforementioned police officers in an area of ​​Kozani.. car, with the 68-year-old as a driver and the other locals as passengers, who did not stop at a stop sign of the police but developed speed and fell into a vehicle of the Kozani Security Department, causing damage to it.

Subsequently, the vehicle was stopped by the above police officers in a forest area of ​​Kozani, where his 68-year-old driver was arrested, while passengers, taking advantage of the darkness and dense vegetation, escaped in an unknown direction.

After a thorough investigation by the police it was found that, the above had joined together to commit theft together, forming a criminal group and using the same methodology. Specifically, the aforementioned, in the evening 10/11-09-2021 after causing damage to -3- substations of an electricity company in the area of ​​Kozani, removed altogether -245- kilos of copper, with the total loss amounting to -12.500- about euros.

In addition, during the same period, the above committed theft and attempted theft by -2- warehouses, in the area of ​​Kozani, from where they removed various metal tools and household items, worth -800- about euros.

In a research carried out at the I.X.F.. car, driven by the 68-year-old and which was confiscated, various metal objects and tools were found and confiscated, as well as household items. Part of the removed items was returned to its rightful owners. 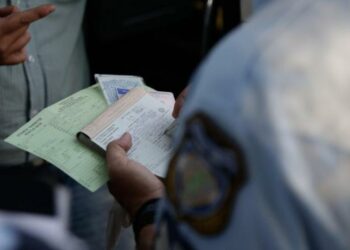