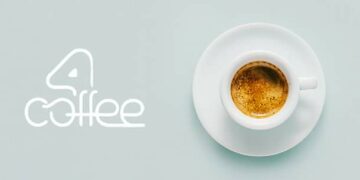 Out of court “4 cofee” to the governor G.. Kasapidis for the report of the store by N.. Cardamom for suspected coronavirus cases

Reversal in road tax from the new year

Sakis Arnaoutoglou: There is a struggle of cold masses and rain over our country

Out of court “4 cofee” to the governor G.. Kasapidis for the report of the store by N.. Cardamom for suspected coronavirus cases 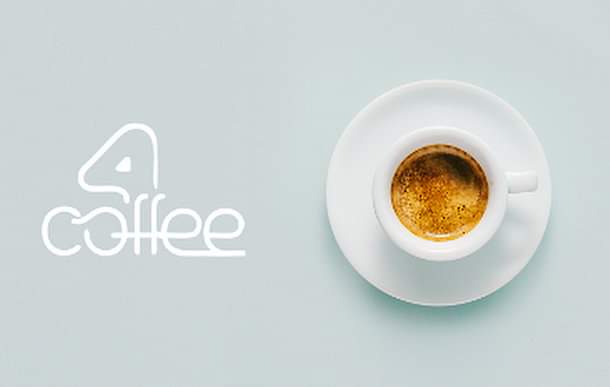 Out of court “4 cofee” to the governor G.. Kasapidis for the report of our store by N.. Hardware on 17/10/2020 για τα υποτιθέμενα κρούσματα κορονοϊού.

The store immediately asks you to notify which service , body or individual gave the name of our business to Mr.. Undersecretary.

IN FRONT OF EVERY COMPETENT COURT AND PRINCIPLE
OUT OF THE PROTEST – DECLARATION - CALL
Of the Limited Liability Company with the name "EFSTATHIOS KALOGERIDIS AND CO. EE", ΑΦΜ 801089026 / Δ.Ο.Υ. Kozani, based in Kozani , Filippou NW street no.7, legally represented by its administrator Efstathios Kalogeridis of Konstantinos , resident of Kozani , VAT number 051055397.

AGAINST
Of Mr. Regional Governor of the Region of Western Macedonia , K. Georgiou Kasapidis, resident in Kozani, SPA area.

Kozani ,23/10/2020
We maintain in Kozani , in the area "Thessaloniki - Larissa Junction" , store of health interest with the distinctive title "4 COFFEE".

During the visit to Kozani of Mr.. Deputy Minister for Civil Protection and Crisis Management, K. Nick. Hardware , held on 17/10/2020, A wide-ranging meeting took place at the headquarters of the Kozani counter-region , in the hall of the regional council, in which according to the corresponding publications , you participated, the Deputy Regional Governor of Kozani and the four mayors of the region, on developments in our area in relation to the spread of the coronavirus.

Also according to many media reports (local and national) , In this meeting, the Undersecretary referred by name to at least four shops - cafes - bars in the city of Kozani , which are thought to have caused coronavirus outbreaks and are responsible for the spread of the pandemic .

Indicatively, we mention publications of various national media , which speak of the irresponsible and unfounded statement of Mr.. Undersecretary and the reference by name to specific companies in our city:

"The Deputy Minister of Civil Protection was mentioned by name, Nikos Hardalias, in at least four cafe-bars in Kozani that there were cases of coronavirus, at the meeting held in the building of the Regional Unit, during his visit to the area, a few days after it was declared in lockdown mode. (THE NEWS)».

"The Deputy Minister of Civil Protection, Nikos Hardalias, mentioned by name in at least four cafe-bars in Kozani that there were cases of coronavirus, during the meeting that took place in the building of the Regional Unit, during his visit to the area, a few days after it was declared in lockdown mode. (FIRST SUBJECT)»

Following the above meeting , rather leaked from those present at it , the names of the companies mentioned by the Undersecretary.

Among the above business names , the name of our company was also leaked , as a result, they constantly call us on the phone but also meet us with many citizens and customers of our business to find out if it is true that there were cases in our store and if those who had visited the store before the lockdown of 16/10 are in danger. / 2020.

Surprised (we are our business partners) we became listeners to these slanders against us , having no means of defense in the attack that was unjustly and relentlessly made against us by Mr.. Undersecretary and not being able to react in any way to the mudslinging that has taken place , which put our business in the difficult position of apologizing to its customers for an event that never took place.

NEVER during the operation of our business there was a case of coronavirus , nor to us owners , nor to our employees , not even in our close family environment.

However, with the targeting that took place in our company during the above meeting , without even us being present or even a representative of the local union to defend ourselves , We already accept the negative consequences of Mr's statements. Undersecretary , after realizing the reluctance of our customers to return to our store after the end of the lockdown, but also their distrust towards us due to the fact that we allegedly did not inform them that there was a case in our store .

In this way the risk of losing the trust of the customers in our business , which we have built for years with a lot of effort and hard work , always striving to be honest and consistent in our dealings with our customers.

But the fact is that Mr.. Undersecretary could not have known in advance the names of the companies allegedly responsible for the spread of the pandemic, nor to have his own knowledge of our business . Therefore , It goes without saying that for the names of companies that allegedly had cases , he was informed by the competent local bodies .

You as the first lord of the place, but also as the administration of the competent services dealing with the pandemic (counter-region of health, Department of Civil Protection, etc.) , you certainly know where the information to Mr. Undersecretary , regarding the names of the companies that were unjustly targeted during the above meeting.

Immediate reflexes of course to the blatant injustice against our own and the rest of the companies, had the Panhellenic Federation of Restaurants& Related Professions (Π.Ο.Ε.Σ.Ε.), which with its announcement issued on 20/10/2020 , protested against what was happening at the above meeting and about the targeting of specific companies , calling on all parties involved to refine their statements.

Because of the rumors circulating in our city about the names of the companies mentioned by name by Mr.. Hardalia during the meeting of 17/10/2012, It turns out that among these companies is ours.

Because of these rumors we are already suffering negative and adverse consequences , after the relationship of trust with our customers has already been broken.

Because we have a legal interest in letting us know how and by what body or individual , transferred to Mr.. Undersecretary the names of the companies that allegedly dispersed the pandemic and had cases .

Because of your behavior and specifically of the absence of any effort on your part to restore the truth, we have suffered and will continue to suffer great material and moral damage.

FOR THOSE REASONS
and with the express reservation of all our rights
WE PROTEST
For the blatant injustice done to our business , which was targeted without any evidence since it had NO case , as well as for the defamation we suffer without cause .
AND WE CALL YOU
Let us know immediately which service , body or individual gave the name of our business to Mr.. Undersecretary , as one of the companies responsible for the spread of the cases , OTHERWISE WE DECLARE YOU ,
That we will take every legal action to sue to restore the truth and the good reputation of our business .

A competent bailiff is ordered to legally serve the present on Mr.. Regional Governor of the Region of Western Macedonia , K. George Kasapidis, resident in Kozani, SPA area for its knowledge and for the legal consequences.

Details of the areas where they were located, in the last 24 hours, vectors of the new virus. It moved high on Monday as well, for the third consecutive ...

The new data on the evolution of the coronavirus pandemic in our country cause shock. As announced by Vana Papaevangelou in ...