Vitriol attack: The 35-year-old had put GPS in Ioanna's car to monitor where she was going

Vitriol attack: The 35-year-old had put GPS in Ioanna's car to monitor where she was going

Developments are expected in the coming days in the case of the vitriol attack on 34-year-old Ioanna, at 20 May in Kallithea, while she was going to work.

The 35-year-old who has been arrested and charged with the barbaric attack shortly after 09:00 on Tuesday morning he passed the interrogator's door. The accused faces the crime of attempted premeditated murder in a calm state of mind, but also the misdemeanor of disobedience.

According to reports, The 35-year-old is not expected to accept the charges against her, attitude she has been holding since the day she was arrested, as her lawyer had stated a few days ago, Sakis Kechagioglou.
Pictures from Ioanna's house on the 35-year-old's mobile phone

The same time, The developments regarding the data collected by the Authorities regarding the case of the vitriol attack are cataclysmic.. According to secure information from police sources, Two photos from the house of 34-year-old Ioanna in Moschato were found on the defendant's mobile phone. This development confirms the testimonies of eyewitnesses who claimed to have seen the woman outside the 34-year-old's home last January..
Vitriol attack: What was found in the house of the 35-year-old

The same time, All the authorities' findings show that the 35-year-old defendant had even addressed… witches, coffee makers and paper mills in order to "tie" her partner. In fact, according to officers of the Athens Security Sub-Directorate, From her visits, the 35-year-old seems to have taken notes, without hesitation, which were found in her house in the area of ​​Zografou.
He had even put GPS in Ioanna's car

According to the same secure information, The 35-year-old seems to have even installed a GPS Tracker on the car of 34-year-old Ioanna.

In fact, an application for satellite geolocation monitoring was found on her mobile phone, with whom he knew every moment where the young girl from Amfilochia was. It is noted that the police officers dealing with the case do not rule out that the 35-year-old committed this act in order to ascertain whether Ioanna had contacts with her partner.. Police in riot gear stormed a rally on Friday, removing hundreds of protesters by truck, also, that in the history of the computer and the mobile phones of the perpetrator they found search data for the purchase of GPS transmitters on the internet.
The dialogue on Facebook

The same time, A dialogue came out through the social media that the two women had 2018. The alleged perpetrator asked Ioanna to delete her partner from a friend on Facebook..

The dialogue in detail:

Defendant: Ioannaki, Good Evening, what are you doing; Sorry for the annoyance, I want to ask you.
Victim: Good evening little girl, of course good, The,what do you want.
Defendant: Hey you, can I ask you, you know N. Sorry, find my love, but there is a reason I ask you.
Victim: He sent me a friend request a while ago and I accepted, I do not know him. He's playing something;
Defendant: I don't like being indiscreet, but yes, something is playing and I was impressed, My Ioanna.
Victim: Hey, there is no problem between us, you want me to delete it;
Defendant: But please don't miss anything.
Victim: Of course not, of course.
Defendant: My story with him has been going on for a long time, I will fix it myself.
Victim: The,what do you want.
Defendant: You understand how I tell you, find my Ioanna. It bothered me.
Victim: I'm deleting it now, don't worry at all.

It is noted that in handwritten notes in the house of the 35-year-old were found other descriptions of women who are not Ioanna, but possibly others she thought were besieging her partner. "She is OK. I'm afraid of a brunette-brown, something has been done. A woman will return from her past. I'm very worried about the future. "… 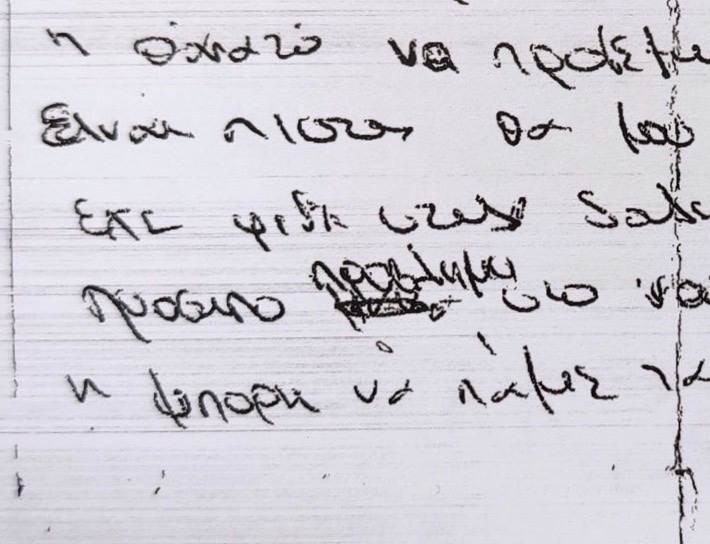 The 35-year-old was taken to the interrogator today

In the meantime, This morning, the 35-year-old perpetrator was taken to the interrogator, to apologize for the attack on the unfortunate Ioanna. 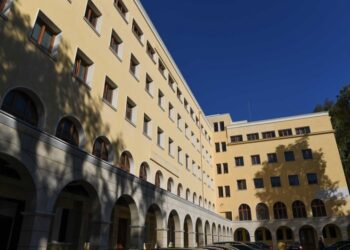 Three of the seven injured metropolitans are said to have extensive burns - The perpetrator was on trial for drug case Ten ...

Vitriol attack: For attempted murder he is referred to be tried under no 1510/2021 36-year-old member of the Athens Council of Criminal Courts ...

Vitriol attack: The 36-year-old should be tried for attempted murder, proposes the prosecutor

To prosecute the 36-year-old who attacked with vitriol against the unfortunate Ioanna for the crime of attempted ...

Vitriol attack: The entire apology of the 36-year-old – “I got a sick obsession with Ioanna”

Shortly before the completion of a year from the attack with vitriol that Ioanna had received at the entrance of her work ...