Vitriol attack: The image of Ioanna Paliospyrou is shocking - She sends her message with her head held high

Vitriol attack: The image of Ioanna Paliospyrou is shocking - She sends her message with her head held high

Arrived shortly after 9 in the morning in court Ioanna, where the 2020 was attacked with vitriol. The 37-year-old wore a special white mask on her face, white hat and special bandages on her hands.

He walked, from the car to the court, with great difficulty, very late and with the help of her lawyers. 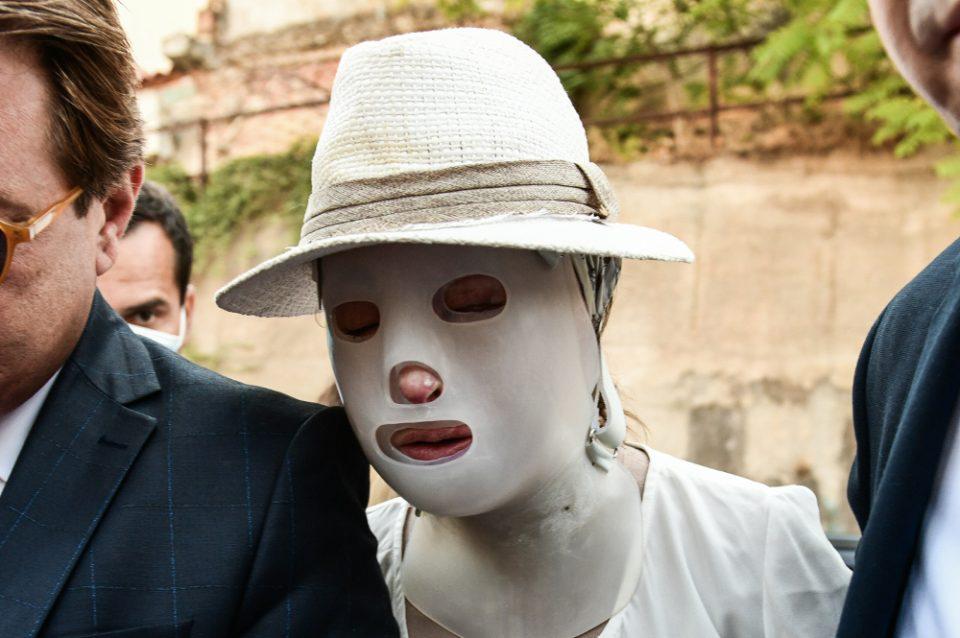 The accused for the attack with the vitriol will not appear in court. We remind you that she has kept her papers closed until now regarding the motivation that armed her hand and led her to mark the unfortunate Ioanna forever.

The image of Ioanna Paliospyrou, 6 months after the vitriol attack in Kallithea is shocking.

Ioanna wore a special white mask on her face, white hat and special bandages on her hands. He walked, from the car to the court, with great difficulty, very late accompanied by her lawyer Apostolos Lytras, while behind her was her mother.

Ioanna did not say anything to reporters upon her arrival in court.

At the moment, 35-year-old Ioanna is in the courtroom talking to her lawyers, commenting that he was not bothered by such a strong media presence outside the building.

Vitriol attack: The conversation of Sakis Kechagioglou with Ioanna

The defendant's lawyer, Sakis Kechagioglou, he approached her to talk to her.

Mr.. Kehagioglou expressed his sympathy to the victim of the savage attack, asking the victim not to misunderstand him during the proceedings, since he will just do his job. 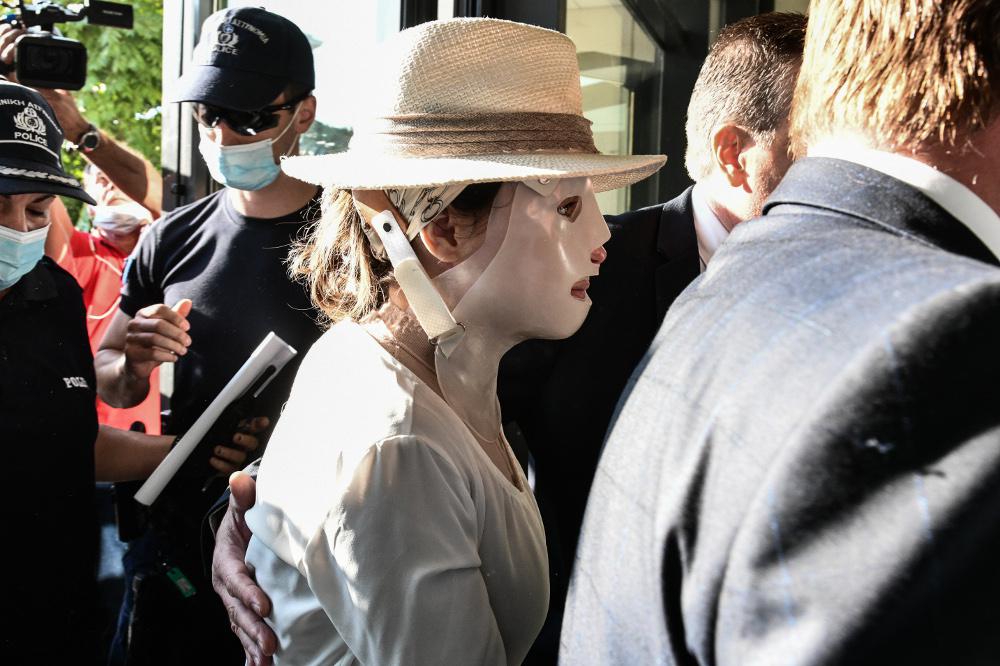 The trial for the vitriol attack that shocked the nation begins with the aim of being completed soon as the accused has already completed 15 months of temporary detention, with the 18-month limit not allowing delays for the judges' verdict.

The 36-year-old EC will sit on the bench., accused of the most serious crime of attempted murder. The three judges who issued the panel of the Council of Criminal Procedure with which the case is brought to the hearing, adopted in its entirety the proposal of prosecutor C.. Nouli and rejected the accusation of the accused that he only wanted to injure the unfortunate Ioanna. They judged that the 36-year-old sought to kill the unfortunate girl, something that did not happen thanks to the timely intervention of doctors - this legal judgment of the judges, however, should also be confirmed at trial, by the decision of the three judges and the four jurors of the MOD.

Ioanna has publicly stated that she will give the "present" in court - so, It is very likely that today will be the first meeting of the two women after the morning of the shocking attack. "What I want most through the process of my own, beyond the exemplary punishment of the accused, is to heal my soul. That is, to face my perpetrator, with my fears and the answers I am looking for ", said speaking to ANT1, while in her statements to ERT she added that “Justice, from a legal point of view, in cases like my trial must be relentless. There are no causes for relief or remorse. ".

Except for Ioanna, in court have been summoned approximately 35 witnesses, such as doctors, relatives of the victim, but also eyewitnesses, with both sides (accused and victim) have the right to invite other persons to testify.

According to the indictment, There is a lot of evidence that leads to the conclusion that the 36-year-old sought to kill Ioanna, with first the means he chose to use to hit the victim, which was a high-risk caustic chemical. A substance used in large quantities, "Which made it sufficient to kill the latter in case of ingestion or inhalation", as mentioned in the panel of the Council of Criminal Procedure.

Mr.. Noulis in his proposal also noted "the proximity and momentum of the attack" as well as "the vital parts of the victim's body in which he was hit. (oral cavity, airways, eyes, face)».

In her initial apology immediately after her arrest, the accused had observed the right of silence. About a year later she asked for an additional apology and appeared remorseful. "I accept the crime of bodily harm. I have spent all the years of my adult life without delinquent behavior. This attitude of mine proved that my upbringing and the structure of my personality prevail.. By no means am I unrepentant and painless, and for this reason, in my apology today, I want to sincerely and humbly apologize for the harm and sorrow I have caused to her and her family. ".

As for her motives, The 36-year-old stated that she "acquired a sick obsession with her" because "he considered her responsible for a very personal issue, which was very important. It was the drop that overflowed the glass and made me see things from a different angle. I do not want to develop it further until the case reaches the audience and all the truth is told. ".

"Ace up his sleeve" in view of the trial seems to hold the side of the victim, with Ioanna's lawyer, Apostle Redeemer, to insist that there are "open" issues that need to be answered, such as the persons with whom the accused contacted immediately after the attack have a connection to the crime;

Trial for vitriol: The guilt of the 37-year-old accused of attempted murder was requested by the prosecutor

The guilt of the accused for attempted murder was requested by the prosecutor, Charalambos Mastrantonakis, at the Athens Joint Jury where the case is being heard ...

Supporter of the 36-year-old who has confessed to the attack with the vitriol against Ioanna Paliospyrou, reveals exclusively on Live News ...

According to police officers, from her apology and other elements of the case file, there are clear indications that she would try to kill..