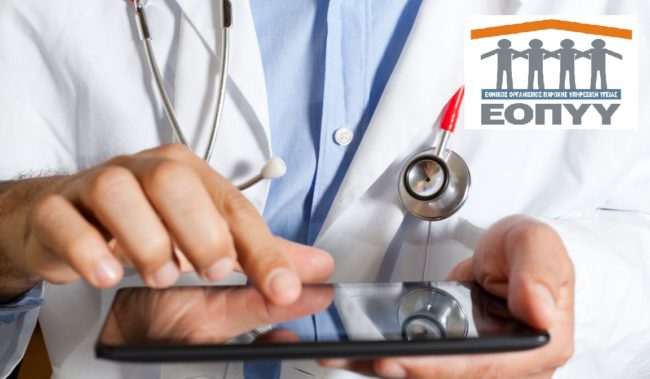 They worked in 4 public hospitals in Athens and received "pocket money" from 30 until 50 euros for any irregular prescription for the purchase of sanitary equipment by insured persons – The criminal organization managed to issue false prescriptions to patients who had not been examined.

For at least 6 years 78 members of criminal group (SS. between them and 56 doctors) committed fraud against him EOPYY by issuing false certificates and the total blow for the Agency to exceed 5 million euros. It is characteristic, after all, that in her research the Greek police. confiscated 246.980 euros in cash, money which most likely comes from illegal actions.

The three leading members of the circuit, According to Financial police, they lived a luxurious life, living in houses worth hundreds of thousands of euros, doing luxury vacation and driving expensive German car vehicles. At the top of the "pyramid of fraud" was an androgynous man – owners of a well-known chain of stores that sells medical products, but also the owner's brother. Together they are said to have "set up" a labyrinthine network that brought them infinite money every year., while at the same time they escaped the force of the Law.

The criminal organization managed to extradite false recipes in patients who had not even been examined or prescribed in other people's opinions with different sanitary material από αυτό που απαιτούσε η πάθησή τους. In order to achieve this they had recruited 56 her doctors Attica but also a owner of an Elderly Care Unit located in Faliro. The doctors come from four large public hospitals in Athens and had undertaken for a fee to issue false prescriptions for sanitary material, mainly catheters and oxygen gas in insured of EOPYY.

The doctors who had taken them AMKA of alleged patients by the leadership members of the organization, received for each prescription from 30 to 50 euro. The leading members of the circuit initially took advantage of their branch network, ενώ στη συνέχεια έφτιαξαν και άλλες εταιρείες είτε δικές τους είτε τοποθετώντας «αχυρανθρώπους», thus covering up their illegal activity and integrating it into the legal operation of the companies, presenting as a whole a normal and lawful activity.

In his statements, the commander of the Financial Police, ast. director Dimitrios Loukopoulos: "From the research, a network of six companies and sole proprietorships was unveiled, belonging to the members of the organization through which they served their criminal activity, while at the same time we identified others 11 virtual companies and sole proprietorships, without real activity, appearing as network vendors, in order to give legitimacy to their transactions. Thus they avoided the return of value added tax and income tax and for this purpose fictitious invoices of a total value of more than 13.000.000 euro".

According to Mr.. Loukopoulos: "Revenues from their illegal activity were absorbed by the existing network of companies and mixed in their bank accounts. The money then, or were invested back in companies by setting up new branches, space rental etc., either spent on gambling and other expenses ". 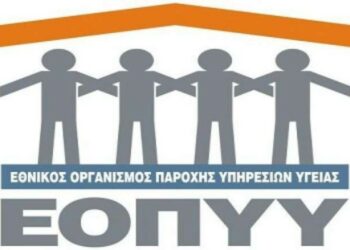 What applies to eyeglasses from EOPYY. How much money does the organization compensate the beneficiaries?, what you need to know ...

EOPYY firmly in front of the digital leap of the country includes another service in the Health Insurance File (FAV) which gives ...

The conversations between the members of the organization that according to the Financial Police Directorate, caused damage to the Greek ...

A criminal organization was dismantled, whose members were active in the commission of fraud against the National Health Service (EOPYY)...