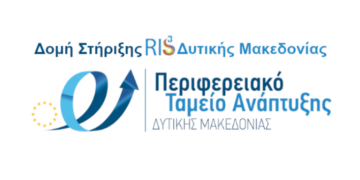 The Regional Development Fund of Western Macedonia, project partner GOAL nZEB’s «Greece cOllaborates with Albania for nZEBs» and in the context of the implementation of its actions, implemented the Monday 16 May 2022, Conference entitled "Renewable Energy Production and Management - the role of Energy Communities".

The aim of the meeting was to analyze the role and purpose of the Energy Communities in order for institutions and individuals to become self-generating energy through the participatory process as well as to emphasize the accompanying actions of energy saving and management..

The gentleman addressed the meeting Patlitzianas Constantinos, responsible for the project on his behalf Lead Beneficiary, Renewable Energy Center (ΚΑΠΕ). The proceedings of the Conference were attended live by Mrs. Kyriakidou Kalliopi, President of the Regional Council of Western Macedonia and Mr. Manos Thomas, Deputy Regional Head of Civil Protection, Climate Change Impact, Environment and Infrastructure, who also addressed a greeting.

They participated in the meeting, live and online approximately 40 individuals, among which, his representative Network of Non-Profit Energy Communities of Western Macedonia "Benefit", the representative and Board Member of the Panhellenic Federation of Electrical Producers Associations. Energy from PV (Π.Ο.Σ.Π.Η.Ε.Φ.), the Deputy Regional Head of Fair Development Transition, the Deputy Regional Governor of Grevena, CERTH executives, individuals and others.

The conference highlighted the important role that energy communities are called upon to play (In. Comm.), especially today where the energy crisis is deepening. The current situation of the energy communities in Greece was analyzed, with emphasis on the region of Western Macedonia, where the ENERGY COMMUNITY OF WESTERN MACEDONIA LIMITED LIABILITY.

Topics were developed at the Conference as follows:

THE Dr. Vassilios Macheiras and Mavromatidis Dimitrios, Support Structure RIS PTA of Western Macedonia presented the innovation ecosystem of the area with special reference to the study repository and the research and innovation portal. also, was connected with the participatory process in En. Comm. through business discovery labs and the quadruple propulsion of the innovation system.

Dr. Konstantinos Patlitzianas, Chemical engineer, ΚΑΠΕ, referred to the objectives of the GOAL - nZEBs project which focuses on cross-border actions and Tools that can help make investments in order to achieve the spread of the concept of buildings with almost zero energy consumption (ΚΣΜΚΕ – nZEB). The role of energy communities in promoting the social and solidarity economy was also noted.. Particular emphasis was placed on Online Platform https://www.ourgoal.eu/el/ in which diagnostic tools are presented, in order to be analyzed, approached, capitalize and design energy upgrade projects for buildings, based on the typologies of buildings in the Cross-border area of ​​Greece – Of Albania.

Mr. Ioannidis Eleftherios, Representative of the Network of Non-Profit Energy Communities West. Of Macedonia "BENEFIT" focused on the ecosystem and clusters of actors that co-shape the development plan of the En. Comm. In addition, emphasis was placed on virtual net metering, virtual energy offset, which facilitates the production and consumption of energy as well as the provision of physical and electrical space for the installation and interconnection of new RES production projects.

Mr. Koltsidas Nikolaos, Proud Farm referred to the circular economy with emphasis on the local supply chain to reduce the carbon footprint of production and distribution of products as well as the rational use and management of resources, such as irrigation water.

Mr. Antonis Siambanopoulos, Member of the Board of the Panhellenic Federation of Electricity Producers Associations. Energy from PV (Π.Ο.Σ.Π.Η.Ε.Φ.) focused on the importance of motivation as a lever for the development of En. Comm. with an emphasis on financial instruments or programs such as the Green Fund, the Fair Transition Fund and TADYM. He mentioned that statistically, most En. Comm. have been established in the prefectures of Florina and Kozani, where there is an accumulation of applications for recommendation En. Comm. due to the existence of energy activities in the specific areas. Special reference was made to the terms of connection of HEDNO, which do not ensure the interconnection of electricity generation and distribution.

Mr. Valantis Ketikidis, CERTH Scientific Associate focused on heat pump operation with seawater, in the presentation of the technical and economic specifications and possibilities of energy saving and application in similar means such as lake or river waters.

Mr. Argyrios Bairakillis, Dipl. Electrical Engineer AUTh - Geothermal Engineer Expert mentioned as an example of application the project of installation of a geothermal heat pump with accompanying interventions of saving and energy management in the closed gym of Grevena.

Ms Vicky Kotoula, NBD Manager, RENEL IKE referred to the critical role played by energy management through BEMS systems as well as actions and interventions to improve the energy efficiency of buildings.

Mr. Valantis Ketikidis, PTA of Western Macedonia also focused on the role of energy management through BEMS systems as well as on actions and interventions to improve the energy efficiency of buildings with the scope of the pilot project of the GOAL - nZEBS project at the headquarters of the Regional Unit of Grevena. 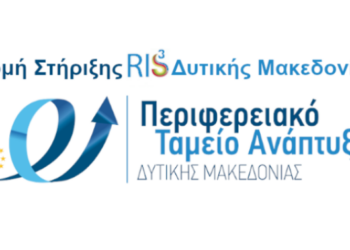 Organization of a conference on "Implementation of the Smart Specialization Strategy(RIS) in Western Macedonia: Results, Challenges, Perspectives »

On Monday 16/5 a conference entitled: "Renewable Energy Production and Management - the role of Energy Communities"

Kozani: Conference on "Renewable Energy Production and Management - the role of Energy Communities"

Workshop "Renewable Energy Production and Management - the role of Energy Communities" will be held on Monday 16 May 2022, from...

The Regional Development Fund of Western Macedonia and the National Center for Research and Technological Development, have the honor to invite you ...