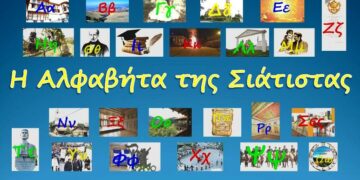 The Alphabet of Siatista (Song - Video)

The Alphabet of Siatista (Song - Video) 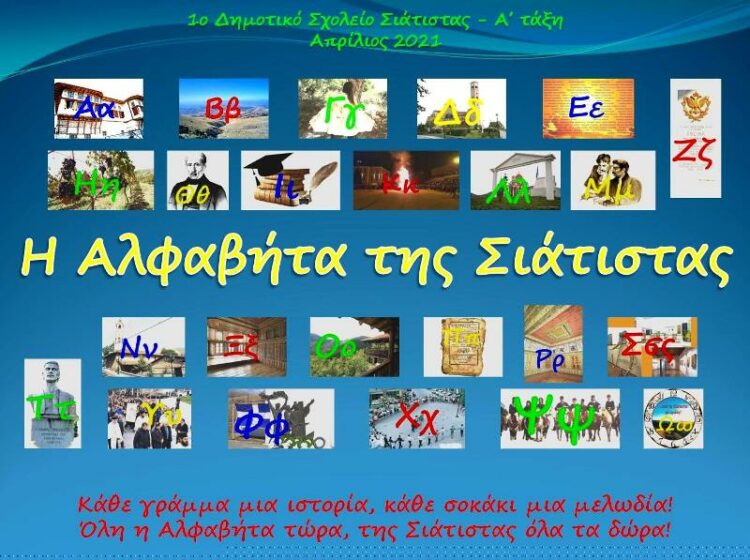 Siatista: From the A to the Z song by the students of the A class of the 1st Primary School of Siatista and their teacher, K. Michalis Douvlou.

Every letter, a story,

every alley, a melody!

sitting the whole village.
*Arrows: the mountain of Siatista

trade for a lifetime.
*Occupations of residents: fur processing and trade

*Patron of Siatista is Saint Demetrios

are our strong "players".

of the old temples the "builder".

*During the reign of Metropolitan Zosimas, golden period of Siatista, most temples were built (1686-1746)

and Viticulture a life.

*Works of affection and love for fellow human beings

*Branches: great fires dedicated to the birth of Christ

the release will remain.

they had the first newspaper.

Ni… Temples one by one

and all together thirty-one.

in churches and mansions.

*Feature of our mansions and churches, the wood-carved constructions

*8 unique in the world wildflowers on our mountain, Burino

He had not had a textbook before.

of the Pride Mansions.

*Decoration of the navel of the roof of the Mansions

Here is the Palaeontological.

with Rigas the rider.

*The Siatist Theocharis Tourountzias, witness of Rigas Feraios, in the uprising for the liberation of Greece from the Turkish yoke

of the Virgin the route.

*We welcome the image of Panagia Eleousa every year, from the Holy Monastery of the Assumption of the Virgin Mary of Mikrokastro

Αη- I longed for royalty.

*Traditional dances of Siatista for every custom, celebration and event

*Siatist love for the horse

Omega… Time for Siatista is now,

from Geraneia to Chora.

*The two districts of Siatista, Chora and Geraneia

of Siatista all gifts.

In the rhythm of "My bright moon"…

Siatista: From A to Z with "color" and voice, from the beginnings of the 1st Elementary School! 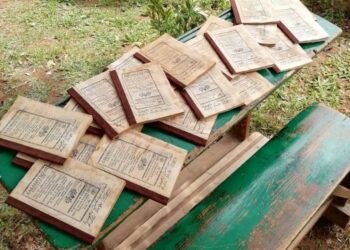 1the primary school of Siatista: The hidden treasure and its Alphabet 1766 by the Siatist teacher Michael Papageorgiou

The hidden treasure hunt was learned through the online lessons of December by her students.. 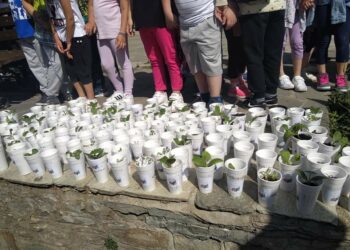 Offer of vegetables from the 1st Primary School of Siatista

For pass, for pass .... Here are the good tomatoes! A popular day today in Siatista and in the square of Chora were the ... 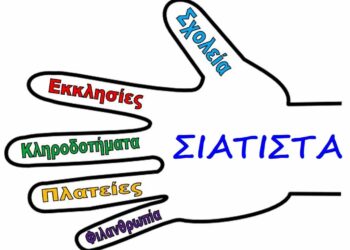 The students of the competition "Can you hear it 2021" organized by the European School Radio ... 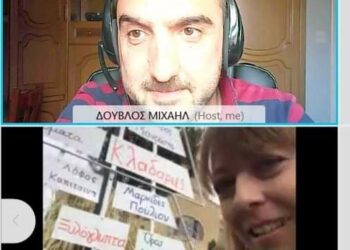 The President of the Regional Council of Western Macedonia, Mrs. Euphrosyne Dio, were welcomed by the students of his first grade ...