… Panathinaikos Croatia and the series of England

… Panathinaikos Croatia and the series of England

Action tonight in the Nations League. Interesting match in Copenhagen, Denmark vs. England with the surrender in favor of the "three lions": 12-4-3 to everything, individual 5-2-1 in the official with only victory for the Danes before 37 years (if… says anything about them betting predictions). And, in fact, at Wembley for the Euro qualifiers 1984, in a group together with Hungary, Luxembourg but also our National, which had lagged behind the aforementioned in the ranking. With a penalty by Alan Simonsen, Charlton player coming from Barcelona then, Zep Piedek's Danes not only triumphed at Wembley but finally left England out of the European Cup, as it was called then!

In Paris, France and Croatia meet for the first time since the World Cup final in Russia in 2018. In the 4-2-0 is the delivery report, in favor of "tricolors", half of them were friendly. The others in the final phase, with first of course the semifinal at the World Cup in France in 1998, with Suker opening the scoring at 46′ and Tiram to score twice making the upset for the "blues" (from halves finally who ιστορία wrote history). And then they won their first World Cup (3-0 Brazil) despite the absence of the leader of the defense, Laurent Blanc, who had been eliminated in the semifinal with the Croatians. Which Croats, that hot night of hers 8ης July 1998, They had Miro Blazevic on the bench, who had spent a month with PAOK (1991-92), their main later Panathinaikos players, Goran Vlaovic, Aliosa Asanovic, Robert Jarney, as a replacement Silvio Maric had entered the bench and Anthony Seric! 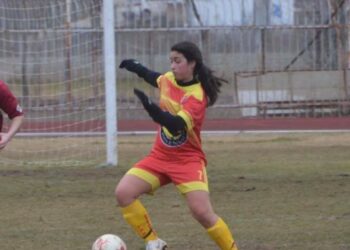