Grief in Grevena: He died suddenly as an infant 35 days in the hospital

Grief in Grevena: He died suddenly as an infant 35 days in the hospital

According to greveniotis.gr the 35 days old infant was hospitalized at the Grevena General Hospital and died today at noon from an unknown cause. The conclusion of the forensic report on the exact causes of death is awaited.

The baby died of unspecified causes and the forensic report is expected today, according to journalist Kostas Markou who spoke to OPEN.

He was admitted to the pediatric clinic on Sunday with a fever. He was given antibiotics yesterday as well, Tuesday, was found dead. Afterward, CPR attempts were made by the doctors, but unfortunately the kid didn't make it.

Today the autopsy to find out what the newborn had. 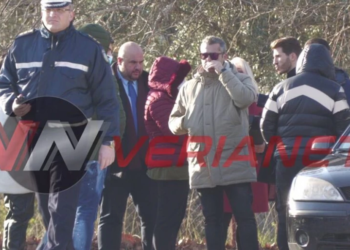 The 29-year-old mother confessed at noon on Monday (9/1) how she threw her baby into the dam of Aliakmnon as reported by ERT. A dead infant was seen by passers-by at the Aliakmonas dam, who immediately notified the Police. The 11-month-old girl was taken to the hospital..

"The kid really was gone": Policeman brought baby back to life 35 days – A "bridge of life" was erected

A life bridge was set up by the emergency police to save an infant 35 days in Athens. Specifically, such as...

An infant died 30 days – The parents complain of medical negligence

His family is shocked 30 days Raphael from Volos, who died in Hippocrates in Thessaloniki....