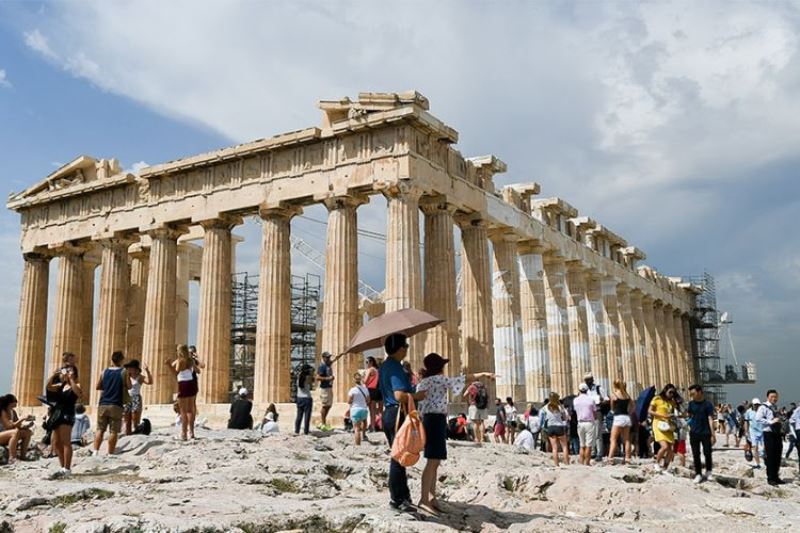 Calliope Vetta: The desecration of the Holy Rock on the Acropolis is unprecedented

Calliope Vetta: The desecration of the Holy Rock on the Acropolis is unprecedented

The Member of Parliament SYRIZA PS. Π.Ε. Kozani Mr.. Calliope Vetta, on the occasion of the visit of a delegation of SYRIZA PS. at the Acropolis, he stated:

"Together with fellow MPs of SYRIZA PS. we visited the Acropolis yesterday, to be informed by scientists and experts (engineers, archaeologists, visual artists) for the works done in the area.
We witnessed an unsightly intervention, by laying a concrete corridor of width 9 meters (!) in the surrounding area of ​​the monuments, which distorts and alters the characteristics of the Sacred Rock, without serving, at the same time, people with access problems that are supposed to be done, as the slopes become prohibitive for their autonomous movement.

The same time, the publication of the donation agreement of the Ministry of Culture with the Onassis Foundation, which was submitted to Parliament with a long delay, after my two parliamentary questions, highlighted the opacity of the procedures that have been followed and that the main concern of Mrs.. Mendoni was ultimately her personal micropolitical projection, as in the article 9 It is planned to place three marble inscriptions on the Holy Rock that will commemorate it., fact historically unprecedented and morally unacceptable.
The Acropolis of Athens does not belong to any Minister, to any Government: belongs to the whole world, as well as the ideals it symbolizes, Freedom, Democracy, measure and collective creation.

Calliope Vetta: Why the management of the pandemic in P.E.. Kozani is the most failed in the territory;

H Π.Ε. Kozani suffers the worst epidemiological consequences in the country since the spread of the covid-19 pandemic. Already from ...

Calliope Vetta: The government violates the dignity of the citizens of PE. Kozani

Calliope Vetta: The action of the Metropolitan of Serbia and Kozani Joachim is a guide for all free and democratic citizens

Calliope Vetta: Parliamentary question on the need to extend the operation of the units 3 and 4 of Kardia substation for the supply of district heating in Ptolemaida