Η Διεύθυνση Αγροτικής Οικονομίας και Κτηνιατρικής Π.Ε. Kozani, reminds growers of the adverse effects it brings to the soil, in the environment and in human health the phenomenon of burning reeds. It is reminded that burning of plant residues is prohibited (cereals, maize, sunflower etc.) and that sanctions are imposed under the Multiple Compliance under the Single Aid.

This is a practice that it offers nothing positive, but on the contrary it causes significant negative effects:

The result of all this is that the populations of the enemies of the crop are not affected, resulting in an increase in infestations in the next growing season.

The benefit to the soil from the good filtration and retention of more rainwater and from the reduction of its evaporation, is directly related to good seed germination. Humidity retention is as good as soil cover from plant debris.. For these reasons, burning the reed should be avoided.

The benefits of not burning reeds are far greater than the difficulties that can be caused by crop residues..

The following steps should be taken:

Any producer who submits a crop declaration (Ο.Σ.Δ.Ε.) undertakes the obligation to comply with the Codes of Good Agricultural Practice, in the framework of the Multiple Compliance according to which the burning of the reed is not recommended.

Consequently, and in accordance with the spirit of the internationally accepted scientific practice, no fuel licenses are issued.. In exceptional cases and after sufficient justification, η Διεύθυνση Αγροτικής Οικονομίας & Veterinary medicine may grant permission to those interested, if there is a special reason sufficiently justified (Opinion from the State Research Foundation, e.g.. Benakeio Phytopathological Institute, Agricultural Schools etc.).

For all these reasons, growers are kindly requested not to burn plant residues in their fields..

Eratyra: Fire in a house. At the hospital two people 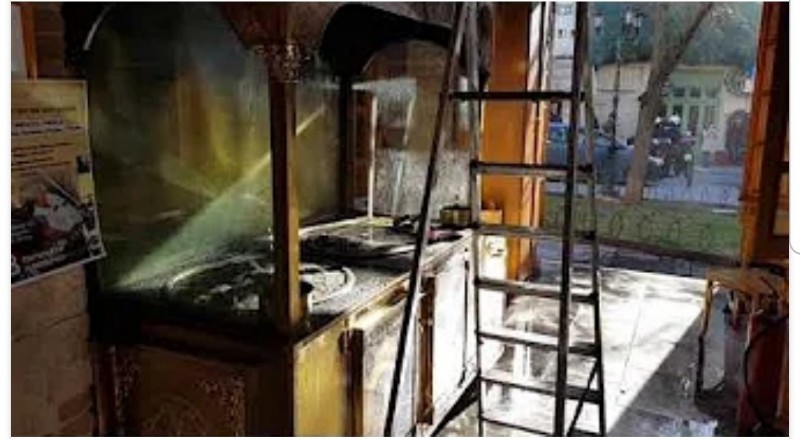