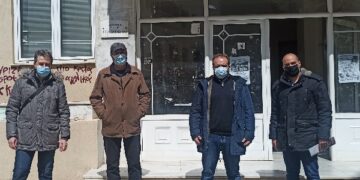 KKE: Meeting of the delegation of K.O.. with the Commercial Association of Kozani

Ptolemy: The covid-19 clinics of Bodosakeio Hospital are under pressure

Municipality of Voio: Inclusion of the Acts for the Energy Upgrading of the Primary Schools of Neapolis and Tsotyli

Which OAED unemployed can receive unemployment benefits for the second time

Experts are meeting today - What they are discussing should be opened from Monday, the plan they are considering for Easter in the village

"Green light" for the energy upgrade of nine school buildings in the Municipality of Kozani – Works of height 3,6 million euros

KKE: Meeting of the delegation of K.O.. with the Commercial Association of Kozani 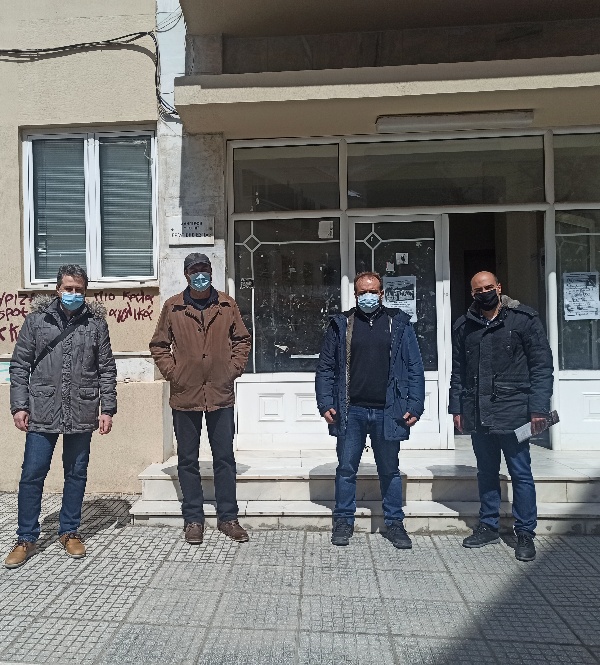 During the meeting, the Commercial Association informed about the explosive problems experienced by the city's retailers. The situation prevailing in small retail businesses, especially after the government's decision not to open stores in Kozani, is at a tipping point as the vast majority have been left without income, while it can not cope with the accumulated debts and liabilities of the stores, καθώς ουσιαστικά οι υποχρεώσεις δεν μπήκαν σε αναστολή. also, that the support programs of both the government and the region, it was a drop in the ocean, as the vast majority of the self-employed were left out of the programs, και ότι τελικά μεγάλο κομμάτι αυτών των επιδοτήσεων παρακρατήθηκε λόγω προηγούμενων συσσωρευμένων χρεών, especially the small self-employed who could not meet the savage taxation in previous years.

From the side of K.O., It was stressed that at a time when the situation with the pandemic is quite difficult and the hospital in Kozani has exceeded its limits, the government is exhausting its epidemiological policy with restrictive measures in the retail trade. He stubbornly refuses to support the hospital, to order the private health sector, to take effective measures to protect the health of the people. Small shops are not a source of coronavirus over-transmission and the situation of bio-traders and micro-professionals is already quite difficult. The current government like all previous ones, has responsibilities both for the financial difficulties of small retailers, as well as the state of public health.

The need for the organization of the struggle and the coordination of the small self-employed was emphasized in order to claim their needs and to put a brake on the criminal policy that crushes the income., their health and lives. Strengthen the fight against forces that have served and continue to faithfully serve EU policy, that is, that of strengthening large monopoly groups, which treats small and medium-sized traders and professionals as “structural problem” of the economy that must disappear. The fight for an extraordinary special purpose allowance now needs to intensify 1.000 euros for each month of restrictive measures, freezing and reducing debt to banks, DEKO etc., exemption from municipal fees.

KKE: Do not close the only public psychiatric clinic in Western Macedonia

The government manages to strike a blow at the patients with mental disorders with its decision, της διοίκησης της 3η...

The government should stop hiding behind its finger and now take substantial measures for protection..

KKE: For school opening and self-diagnosis

FOR THE OPENING OF SCHOOLS AND SELF-DIAGNOSIS Opening of schools, but only of Lyceums, once again without any noun ...

The people of Western Macedonia affected for months by the Koronio pandemic, has mourned victims and pays ...