Kozani: Citizens plus – formulate proposals for the Climate Neutral City

Kozani: Citizens plus – formulate proposals for the Climate Neutral City

In the co-creation of proposals for Climate Neutral and Smart Kozani until 2030 citizens participate, through the Meetings of the Citizens' Committee, organized by the Municipality of Kozani.

The aim of the initiative is to inform the citizens about the vision of Kozani, as well as the creation of a platform for dialogue with citizens, which will lead to the formation of a Citizens' Committee, which will have as object the co-planning of the strategy prepared by the Municipality of Kozani for the achievement of Climate Neutrality.

THE 1the A meeting of the Citizens' Committee took place on Thursday 20 January 2022, with the Mayor of Kozani Lazaro Malouta to emphasize the importance of the communication channel between citizens and the municipal authority. If Kozani is selected as one of 100 Climate Neutral and Smart Cities up to 2030, in the context of the European Cities Mission, the Citizens' Climate Committee will be an ongoing partner for the planning and implementation of the actions that will follow, providing useful advice and exercising control over the correct implementation of the Municipality's strategy.

THE 1the A meeting of the Commission was particularly important, the Citizens' Climate Committee will be an ongoing partner for the planning and implementation of the actions that will follow, which inaugurated a new era of participatory planning with society, by utilizing not only innovative governance tools, but also the creative forces of society.

You can participate in the co-design by filling out the questionnaire: https://climateneutral2030.cityofkozani.gov.gr

The Municipality of Kozani expresses its warm congratulations to the swimming champion, athlete of the Kozani Swimming Association and his student ... 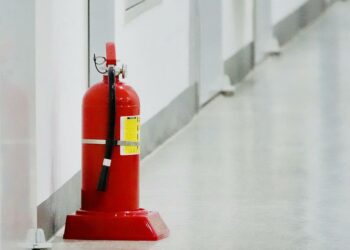 Fire protection interventions in the school buildings of Secondary Education of the Municipality of Kozani are to be carried out, after the signing of the contract for ...

"Green light" for the implementation of PPP projects of the Municipality of Kozani is given with the publication of the decision of the Interministerial Committee ...

New watering cans for productive animals were installed in the previous period, in the Communities, Iron, Ποντοκώμης, Riakiou and Akrini, from the Department...