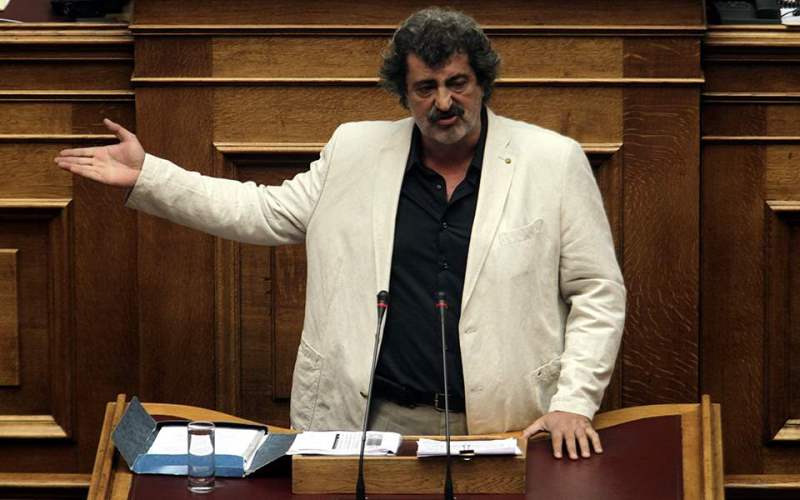 Polaki cynical confession: "We lost the elections because fuck the middle class" - Watch the video

KINAL: Information on the real situation of COVID-19 cases in the Municipality of Eordea

Polaki cynical confession: "We lost the elections because fuck the middle class" - Watch the video

Assuming that SYRIZA's economic policy has placed a heavy burden on the backs of the middle class, expressed Pavlos Polakis.

With his well-known "sharp" style, the SYRIZA MP claimed that his elections 2019 lost because "fuck the middle class", as he characteristically said.

"We lost the elections because after we left the memoranda, we did not relieve mattresses that had lifted the most weight. We went..with the taxes and the insurance the highest 20% of the middle layers, which has great social recognition and from there we lost. We supported poverty and we got it 32%. "Because the others got 40% married to the middle ones", noted Pavlos Polakis brilliantly

The New Democracy responded to Polakis' cynical confession, which in its announcement mentions characteristics:

"The friend and collaborator of A.. Tsipras, Pi. Polakis confesses in a cynical way, what the middle class suffered from SYRIZA politics ".

The ruling party goes on to say: "No matter how much Mr.. Tsipras with words of the air, the taxes and levies he charged her are impossible to forget. And to want to forget, Mr. will remind them. Polakis. They knew very well what they were doing!»

The Parliament decided to lift the immunity for Polakis

The lifting of the parliamentary immunity of the former Deputy Minister of Health, Pavlou Polakis, decided the Plenary Session of the Parliament. In total, they voted 176...

They disapproved of Polakis in Halkidiki for the Prespa Agreement [video]

They welcomed the Deputy Minister of Health with disapproval, Pavlos Polakis, at the town hall of Polygyros. Pavlos Polakis attending an event that ...

Intervention of the prosecutor for the recording of Polakis against Stournara

The intervention of the Prosecutor was caused by the move of Pavlos Polakis to record Giannis Stournaras and then to distribute the ...

Deputy Minister of Health Pavlos Polakis made an unthinkable move - reminiscent of other eras. Obviously annoyed by ...