The president of OASP clarified that "any use of fire in the countryside should be banned, not with a recommendation, with a ban "

The president of OASP made estimates for the next day after the fires Efthymios Lekkas, who warned of floods that will follow the destruction of forest areas.

Speaking to SKAI on Thursday morning, he stated that "Maybe we should go to a lasting nightmare in August, a nightmare that will be composed essentially of dozens of events throughout Greece, events that will be assisted by the meltemia that are just around the corner. So we are dealing with a prolonged difficult period. ".

"Immediately after the end of the fires, a huge issue will arise, the planning and the preparedness that we must have in order not to go to the second act of this catastrophe, which is the floods. (…) We must be in a phase of constant research "pointed out the professor of Natural Disaster Management at EKPA.

Including, Mr.. Lekkas explained that without wind the fire moving too fast, because there is a lot of fuel while the humidity levels are almost zero. According to measurements we made yesterday in Varybobi, it had to be level 20 with 30%, we are talking about a type of self-ignition of materials. "The material is mature to burn without the slightest obstacle that will stop the spread of the fire," he added..

However, the president of OASP clarified that "Any use of fire in the countryside should not be prohibited by recommendation, with a ban. All voluntary organizations to take action to monitor critical areas to "catch" the fire in the beginning not when it grows, because gigantism will be immediate because of the factors I mentioned. The small fires that are in an accessible place can be easily caught ".

Referring to the fire in Varybobi and Evia, stressed that he saw alloy wheels melt and flow which means we are dealing with 650 Celsius degrees. "It is impossible for anyone to approach such a thermal load, from the armchair is easy "he commented, among other things.

Concluding. Mr.. Lekkas even scolded the behavior of some politicians. "On a show I waited three quarters listening to some politicians, I did not know them, I did not see them, the theories that were heard were awesome, with this mentality how will we move forward; There is no chance". 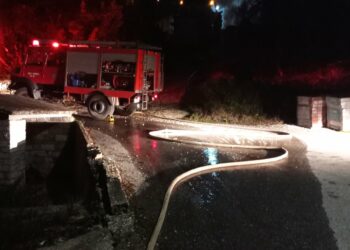 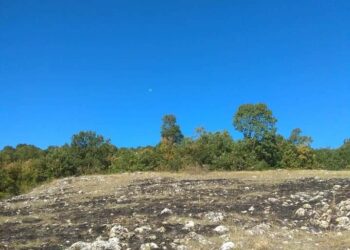