People's Assembly in Samarina for immigration

In Kozani and Boio the cases of Friday - Detailed image

Free entrance to the Archaeological Museum of Aiani

Unstable weather today - In which areas rains are expected

Coronation – WHERE: Risk of new mutations due to lack of vaccines in dozens of countries

Tax bonus and cash back – New incentives for online transactions

Fur Federation: The Furmark® digital toolbox is ready to use

Hellenic Fur Federation: The Furmark® digital toolbox is ready to use

Panhellenic: In the leech two candidates who tried to copy

People's Assembly in Samarina for immigration

The position of the Mayor of Grevena, Mr. George Dastamanis at the People's Assembly of Samarina on the Refugee-Immigration Issue

"We are not going to become accomplices with the government for the creation of a Closed Structure in the Municipality of Grevena. If we advocate this action, the next generations will curse us as such a decision will haunt us for many years to come. ". This became clear on Sunday afternoon 5 July 2020 the Mayor of Grevena Mr. George Dastamanis in the context of the People's Assembly held in the mountainous Community of Samarina on the occasion of the refugee-immigration issue.

Mr. Dastamanis, recognizing the increased population of refugees and migrants staying in hotels in the village, He noted that "the gradual decongestion of the mountainous Grevena should start first in Samarina" and reiterated his firm position on proportionality and fair distribution of flows at the level of the Region of Western Macedonia, which will be implemented only with the immediate implementation of his Prime Minister's promise. 1%. "Even at the level of Regional Units, as the competent Minister of Immigration and Asylum, Mr. Notis Mitarakis, left open the possibility at the recent meeting in Athens ", noted the Mayor of Grevena.

In addition, He criticized the fact that both the previous and the current government continue to send refugees and migrants only to Grevena and not, for example, to neighboring Kozani, which is much larger in population.. "It simply came to our notice then 260 individuals based on the permanent population of our Municipality and not 1315 residing today in 24 hotels and accommodation in our area ", Mr. Dastamanis pointed out from the podium.

He also claimed that “from 2016, the Municipal Council of Grevena has already taken six unanimous decisions against the construction of a Closed Structure within the administrative boundaries of the Municipality "and soon this controversial issue will be put to a vote again in the House., in order to "push", as he said, to send the vertical opposition of the local community to this plan again. At this point, Mr. Kastamanis reminded the residents of Samarina of the letter he sent to the Prime Minister, Mr. Kyriakos Mitsotakis. 23 June 2020 on this issue.

The Mayor of Grevena also stated that “above 70% of the areas of the Municipality are public, which means that the Government could leave the "pseudo-dilemmas" and proceed with the construction of a Closed Structure on its own without the approval of the Municipal Authority "while the competent Ministry has the facility even for the purchase of private plots for this purpose., as its leaders suggest.

in addition to, Mr. Dastamanis stated that "the newly established Grevena Structure, which includes nine hotels in the Mountain Zone and is the only one in Western Macedonia, is a decision of the current Government for which the local government has never been asked" as he underlined "you will not find it anywhere my signature on the relevant Government Gazette published ».

Concluding, the Mayor of Grevena called all local bodies and more specifically the Member of Parliament of N. Grevena, the Regional Governor of Western Macedonia and the Deputy Regional Governor of P.E.. Grevena to go down together in the capital in order to meet directly with Mr. Mitarakis for the final settlement of the issue based on the public interest of our place. 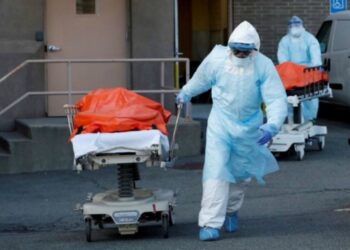 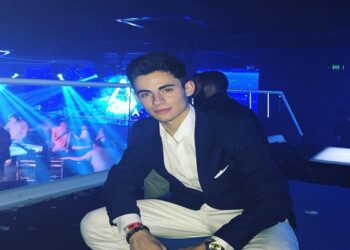 In the 19 his years, Fotios Tsiouklas from Grevena, a third generation expatriate from Australia, he is already a millionaire. Together with...

It will remain closed tomorrow Wednesday 14/10/2020 the EPAL of Grevena as the school complex will be disinfected by the Municipality of Grevena,...