According to first unofficial information, a businessman in Kastoria, was attacked as he was leaving his business.

according to him, after the perpetrator hit him he demanded all the money he had with him.

The information states that the perpetrator disappeared with 1.100 euro.

The businessman has been at the General Hospital of Kastoria for some time now to receive first aid, while he will soon give a statement to the police.

Help Sonia from Kastoria win the battle for her life

Sonia Tsekini is an incredible mother, wife and world-renowned athlete. Unfortunately, instead of following her dreams and ...

Kastoria - Overthrow: The businessman who made the complaint last night that he was robbed was arrested

Serious developments and upheavals in the day before yesterday the complaint for robbery of the businessman from Kastoria. Developments that surprise them ... 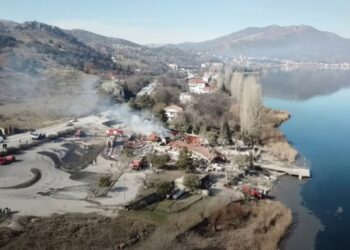 Responses to the causes of the powerful explosion that occurred at midnight on Thursday 4 February at the hotel "Tsamis" in Kastoria, as a result...

Announcement from TSAMIS hotel in Kastoria

Trying to overcome the initial shock, being deeply shocked and devastated and taking courage, strength and consolation from the event ...