M. Papadopoulos: Question about the relocation of Akrini

M. Papadopoulos: Question about the relocation of Akrini

Ερώτηση προν τον Minister of Environment and Energy, MP Michalis Papadopoulos testified on the subject: Actions related to the relocation of the Akrini PC of the Municipality of Kozani.

At 24.03.2021, in an online meeting that you also attended, with the participation of residents and institutional actors of N.. Kozani and the Region of Western Macedonia, you stated that "there is no money for the relocation of Akrini»While you committed that your staff«will run the procedures so that the necessary resources can be found».

At 12.04.2021, the President of T.K.. Ακρινής, in accordance with current legislation and the decision of the Regional Council on 18.03.2021, requested the legal support of the Region in order to appeal to justice for the fulfillment of the obligation of the State.

Until today the political leadership of N. Kozani uninterruptedly from 2011 has made dozens of reminders about the implementation of the Law.

Until today from 2015 the political leadership of your Ministry, έχει δεσμευθεί εγγράφως και προφορικώς, in dozens of her answers, either in the context of parliamentary scrutiny or public consultation, with emphasis, that the Law will be applied. And it is questionable that the last six (6) years that the relevant Presidential Decree and all implementing decisions had to be issued in order to complete the relocation by 31.3.2021 Nothing happened.

First the residents of Akrini experience daily the results of the damage caused to them by the State by not fulfilling its obligations, where, among other things, due to the forthcoming relocation, basic infrastructure such as water supply has not been maintained in the last ten years., of sewerage, of road construction Mrs..

Secondly the citizens of N.. Kozani and the Region of Western Macedonia realize in the most emphatic and exemplary way the breach of the obligations of the State to their fellow citizens, of Akrini and

Thirdly the citizen is generally informed of the impractical ten-year deadline for fulfilling the relocation of a village 1000 resident, for reasons of environmental pollution, and reasonably devalues ​​politics, good legislation and good and good governance.

In addition, for the last two years, Western Macedonia has been a pioneer, following the excellent and useful initiative of the current Prime Minister within the European Union, in the national and European space, in the implementation of de-lignification and all this in the framework of its European Green Agreement 2050.

In the majority of them, both local political leadership and local institutions, have highlighted the legitimacy of the region's independence and transition to a new productive model along with a pervasive skepticism about the feasibility of the timetable.

First of all, the majority of their representatives, have diligently focused on consulting and informing the citizens of Western Macedonia in order to mobilize them as much as possible and on the adoption of the objectives of the fair transition plan by them, as a necessary condition for its success.

Following the events described above, the question of the credibility of words and deeds about a fair transition arises relentlessly and this is a strong blow to the recovery not only of Western Macedonia but also of the country..

In view of the above you ask, Minister:

First if you intend to immediately put forward an amendment to be voted on which will extend with a new exclusive date of completion of the relocation or other solution that you may be proposing, with a view to "legislative order".

Secondly how you intend to "protect" the prestige and institutional role of Parliament, of the Government and the political process in general by reasonable devaluation, according to the above.

The Member of Parliament 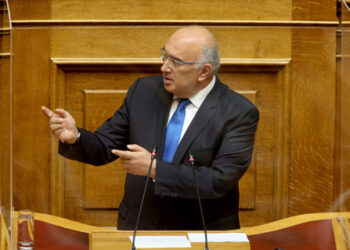 The difficult task of locking lignite plants in his prefecture, the chapter "energy" and the project of electrification "The only ...

Michalis Papadopoulos: EuroVelo National Coordination Center is created in Greece for the promotion of cycling tourism

National Coordination Center for EuroVelo is established in Greece with the object of promoting cycling tourism, after unanimous approval ... A meeting on the main topic of promoting green transport within the European Union took place on Wednesday 29 September 2021, between ... 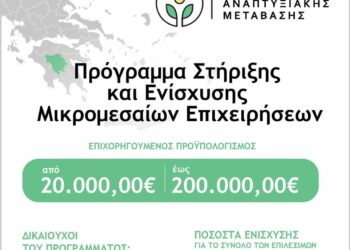 Michalis Papadopoulos: Support program from 20.000 to 200.000 in businesses in lignite areas

In a post on Facebook, the Deputy Minister of Transport, Michalis Papadopoulos, states that the Program for Support and Support of Small and Medium Enterprises has been approved..