Debts can, at the request of the debtor to the Cash Service of the Municipality within 4 months from the entry into force of the current law (up to 30November 2017) to be regulated and paid with a percentage exemption from the according to K.E.D.E.. surcharges and overdue interest, as well as from fines due to late submission or non-submission or inaccurate declaration or due to non-payment, as follows:

The doses are monthly and equal amounts except for the latter which may be less than the rest.

The first installment of the arrangement is paid within 3 working days from the first day of submission of the application otherwise is considered as not submitted. The next installments are paid by the last working day of the respective month, otherwise there is a monthly pre-charge charge 5% on the amount of the installment from the next day on which it was to be paid.

For more information you can contact the Cash Service of the Municipality at Tel. 2465350118

The NPDD of the Municipality of Voio for the Municipal Conservatory of Siatista announces the recruitment 13 of artistic-teaching staff with an employment contract ... 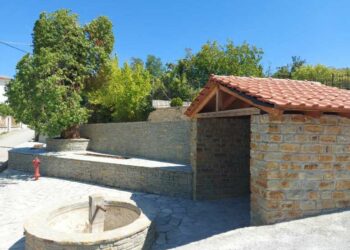 Works in the Communities of the Municipality of Voio. Photos..

The works in Communities of the Municipality of Voio are intensively continued and completed. Specifically: -It was put into operation at the entrance of Paleokastro in ... 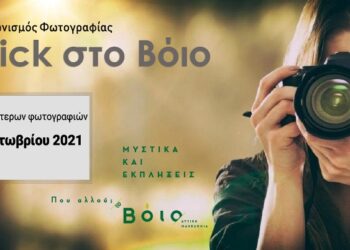 Photography competition in the Municipality of Voio – Your vote counts!!

The Municipality of Voio announces that the Photography Competition, on "The Voio", enters the voting stage. The vote of ...

Siatista: The study for the regeneration of the popular market in the country was presented. Video