The Digital Middle Ages of the greater Kozani region. Can someone intervene for a solution?

The Digital Middle Ages of the greater Kozani region. Can someone intervene for a solution?

Mr.. other stakeholders, which in any way you can intervene.

For a year now, the need for digital communications has multiplied due to a pandemic, in the wider area of ​​Kozani but also in neighborhoods within the city, the quality of connectivity from fixed and mobile companies instead of improving, far below the expected expectations of their customers.

Things seem to be not just stagnant but in constant deterioration month by month.

Mr.. Members of Parliament, K. Mayor of Kozani and other stakeholders who in any way you can intervene in the telecommunications committee, at OTE, in VODAFONE, WIND, COSMOTE and anywhere else needed, in order to remove this injustice which is an obstacle to the proper functioning and support of students, schools, services, employees, businesses but also in general in the development of our region, keeping us trapped in the Digital Middle Ages.

We live in an area that has apparently been abandoned to KAI's fate in terms of digital infrastructure, in contrast to other areas of Greece which have been enjoying telecommunications services of higher standards for years and can progress as societies through the services provided.

The answer of EL.AS.: "It is like a citizen asking for a driver's license from the police officer who stopped him for a car accident..

Kozanitis, who was wanted by his family, was found safe after the mobilization

Shortly before midnight he was found safe, on a city street, the Kozanitis whom his family was looking for. Καθοριστική ήταν... 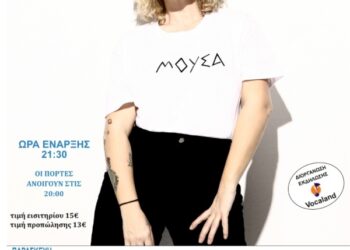 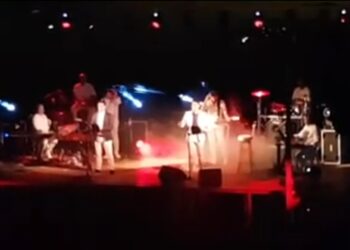 They attended a wonderful concert on Wednesday night, those who were found in the stadium of Kozani. Watch the https video://youtu.be/-U420yr2r6Y