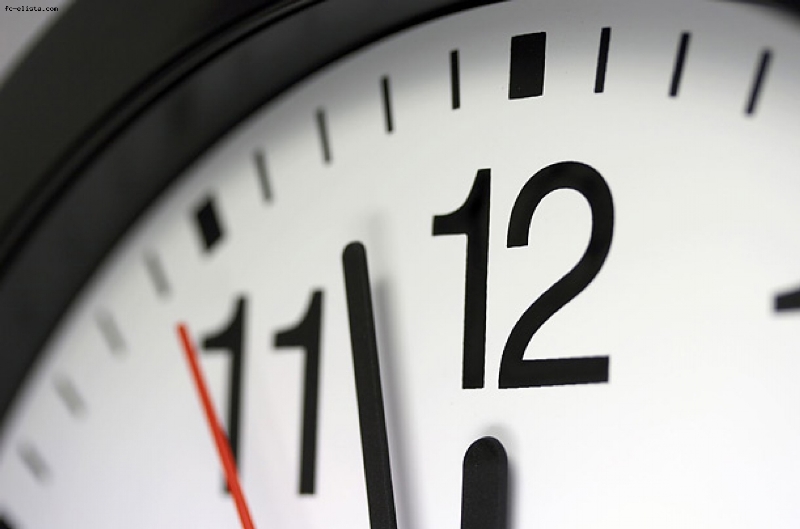 The European Parliament has voted to end the time change from 2021.

The day is approaching when the time will change to let's go to his summer 2021, as well as the dawn of the last Sunday of March (28/3) we will turn the indicators one hour forward.

The next time change is scheduled for October 2021.

Recently, her issue has been widely discussed remove the time change, with the main argument of energy saving as during the summer time we save 210 hours of electricity taking advantage of the Sun..

The European Parliament has voted in favor the end of the time change from 2021.

This vote is not the last word in the matter but it will be the basis of talks with EU countries to emerge the final legislation.

At 26 Of March 2019, the European Parliament adopted its position on the Commission proposal, supporting the end of changes in time to 2021, so each country is asked to choose whether the hands of the clocks will remain in summer or winter.

The "green light", however, is finally given by the European Council. However, the debate on the issue is "frozen".

The 4 tips to avoid the effects of changing the time

According to scientists the effects of time change, not only in our sleep but also in our health - they are much greater than the confusion we feel when the alarm goes off in the morning, especially for those who already have health problems.

An Australian study, published in the journal Sleep and Biological Rhythms, showed that men are more likely to commit suicide in the first weeks after changing the time to summer, than any other period of time.

In the same pattern, another study by Swedish researchers, published in the New England Journal of Medicine showed that the rate of severe heart attacks increases by 6% in 10% the 3 first working days after the change of time.

But regardless of the change of time, more than 2 millions Greeks have problems sleepingThe, resulting in less sleep than normal (which is calculated on 7-8 hours) and as it is known chronic insomnia can negatively affect mental and physical health increasing the risk of hypertension, heart disease, osteoporosis and so on.

To reduce the effects of the time change:

The time change was introduced to save energy in World War I. and became permanent in the EU in 1996. They took part in the vote to abolish the change of time in the EU 4,6 million. most of the EU citizens come from Germany and ask for summer time to be maintained all year round. The participation of the Greeks was small, at a rate of just 0,3% while the 56% voted that he wishes to continue the change of time and the 44% to be abolished.

In the early hours of next Sunday we will return for one of the last times, our watches ahead, in summer time ....

Summer time (Daylight Saving Time, DST) is the change of time that a state chooses to adopt for a ...

Another step towards eliminating the time change

The European Parliament has taken another step towards the abolition of time change for European countries..

The earliest of 2021 the abolition of the time change

There should be "a single standard in the EU". Remove the time change, from winter to ...