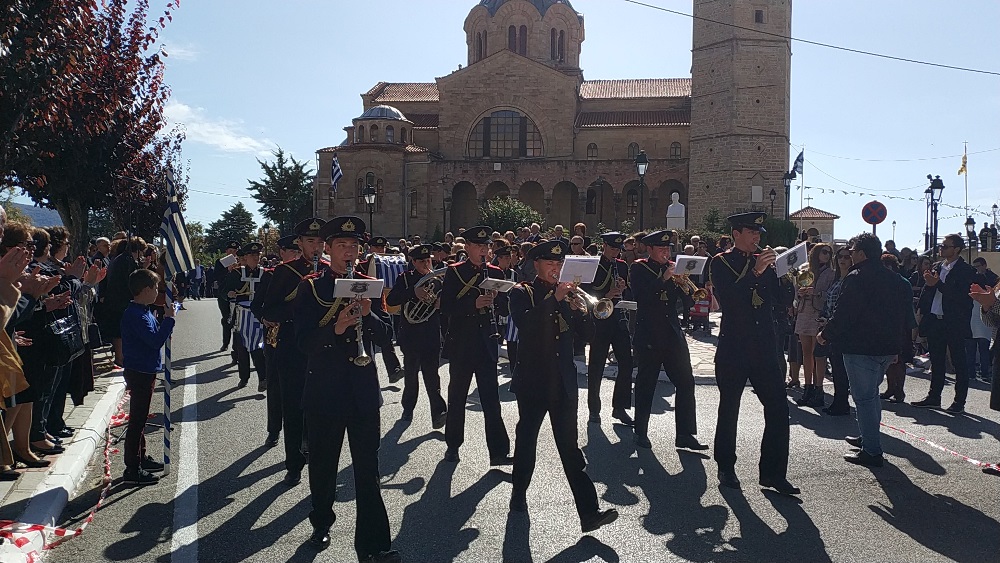 Petsas: With Mitsotaki's decision, there will be no parades on 28 October

Katerini: A coronavirus patient was found dead – He had it “burst” from the hospital

Petsas: With Mitsotaki's decision, there will be no parades on 28 October

Not even military, nor student parades this October 28th, announced during the briefing Stelios Petsas. The universal use of a mask is not currently being considered.

They will not be made, with Mitsotakis decision as Stelios Petsas said, neither the student nor the military parades.

The parades, is reminded, that they were also canceled on March 25th, when, after all, the country was in lockdown. It was decided, Nevertheless, as part of measures against the spread of the coronavirus, to cancel those for October 28th.

According to Stelios Petsas, the situation with the cases shows a picture of stabilization and not an aggressive increase. "We are waiting for a test with mobile units", he said, noting, in everything,what has to do with the possibility of new measures especially in Attica that any valuation concerns measures taken before 15 days.

"It is important that we implement the measures. They have proposed special measures but at the moment no such measure is being considered. ", said referring to the possibility of universal use of the mask.

Petsas: vigilance and not complacency

During its introductory placement, Stelios Petsas stressed that it is clear that a second wave of the pandemic has already occurred in our country and throughout Europe and this is reflected in the number of cases, intubation and deaths.

What is most worrying is that the second case is coming "as we approach the period of closed spaces and seasonal viruses". That was the reason, according to Stelios Petsas, that “the issue has been seriously addressed by the recent European Council, even though it was not on his official agenda ".

Cases in social care units, such as nursing homes, but also in workplaces, where the transmission takes place at a rapidly increasing rate, αναδεικνύουν ακόμη περισσότερο τη σημασία της ατομικής ευθύνης, compliance with the protocols, the faithful implementation of the measures recommended by the experts and adopted by the State.

Is, after all, the only way to avoid stricter restrictive measures, but also to avoid the worst. To restrain, but also to reduce the number of cases and intubations. Let us all work together to save lives ", said Stelios Petsas.

Comment of the Competition Committee of the General Hospital of Kozani and Siatista on the occasion of the official announcements for the operation of the ICU:...