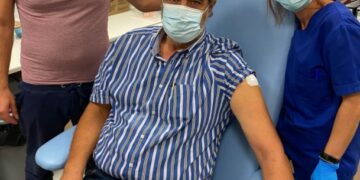 Pavlos Polakis - Why I decided to get vaccinated

Pavlos Polakis - Why I decided to get vaccinated 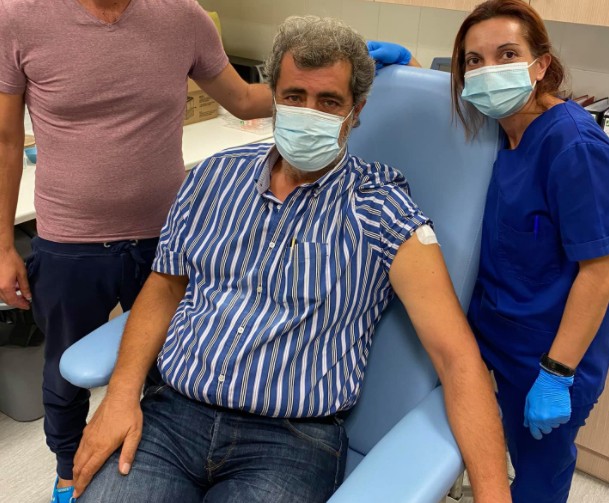 The reasons why he decided to be vaccinated against coronavirus, revelation made by Alexis Tsipras, Pavlos Polakis mentioned in a post on Facebook.

See his post
Today, Alexis Tsipras announced in his interview that I was vaccinated.

I make it clear once and for all that this is not the result of pressure or blackmail but of my personal choice which I have announced for a long time as it appears from the first photo .

I did it because:

-I'm in 56-57 with some health problems in recent years .
-I am an active doctor and we are in front of a fourth wave in the coming months.
-Doing so now will make me immune in the coming months which will be the exacerbation (unfortunately many colleagues have as shown by the antibody tests they do ,zero protection after 6-8 months)
-I did what seems to have the highest protection against severe disease for the delta variant that is now predominant (That is, Pfizer that offers a coverage of its class 43% as shown by scientific announcements in Israel in England and elsewhere )

I mean I did ,AFTER I STUDYED ,WHAT I SAID THEN(photo 1)

From the first moment I am attacked for being a vaccinator, while the reality is that I am being attacked because I am very critical of government policy and the way it is dealing with the pandemic of 14.000 dead,their 9.000 outside ICU,with the non-strengthening of the NSS ,the absence of tests and primary ,the NOT measures in public transport and workplaces AND OF COURSE the NON-USE of the Monoclonal antibodies that WOULD SAVE HALF LIVES FROM THOSE WE LOST!!

I never claimed I would not get the vaccine. I have argued that mutations reduce its effectiveness and that the vaccine alone is not enough to deal with the health crisis.,with the evolution of the pandemic worldwide and in our country!

I also claimed that the suspension of work is UNACCEPTABLE-FASCIST AND MERCIFUL measures, which exterminates health workers and weakens the country's hospitals (and SYRIZA disagrees with this horizontally and vertically)

NOW, without the risk of the speculation of political opponents, IT IS CLEAR that I will defend these views with more passion.

Recent government announcements confirm that society is and remains unprotected from the wave of accuracy. Small and medium enterprises ... 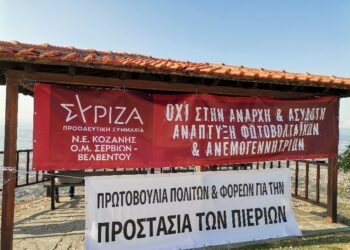 Symbolic protest rally was held by organizations in the area of ​​Pieria on the initiative of the Organization of Serbian Members - Velventou of SYRIZA - ...

SYRIZA: For the increases in the agricultural electricity tariff

This year has been problematic for most crops, mainly the arboreal ones. Production was down over 50%, after...