Which Municipalities were classified in 2 locality categories for ASEP recruitments

Which Municipalities were classified in 2 locality categories for ASEP recruitments

Decision of the Minister of Interior, Maki Voridi, published on 19the May on the subject of "classification of Municipalities in the categories of circumstances and life par. 1 of no. 12 of law 4765/2021".

Before we present to you the Municipalities that the Decision concerns and to which category each one belongs, we have to explain what this classification means.

The article 12 «surcharges based on formal qualifications and locality»Of law 4765/2021«Modernization of the recruitment system in the Public Sector and strengthening of GDP and other provisions», as in force, stipulates that the score in written competition candidates of the categories P.E.. and T.E.. is increased as follows:

f. Against 20 units for their permanent residents:

στε) Ο.Τ.Α. which are part of a development transition plan in the post-colonial era in accordance with the existing provisions without prejudice to. στδ).

g. Against 10 units for their permanent residents:

ζγ) Large mainland Municipalities and Municipalities of capital Prefectures with a population of up to 25.000 residents outside the Attica Region and the Region of Central Macedonia, as well as those belonging to the sub-super. στδ) of approx. στ΄ και ζβ) of the present case.

By affirmative act of the Minister Interior Municipalities are classified in the categories of approx. στ΄ και ζ΄.

She, Well, the decision published yesterday.

You can see its full text HERE and below the classification of Municipalities: 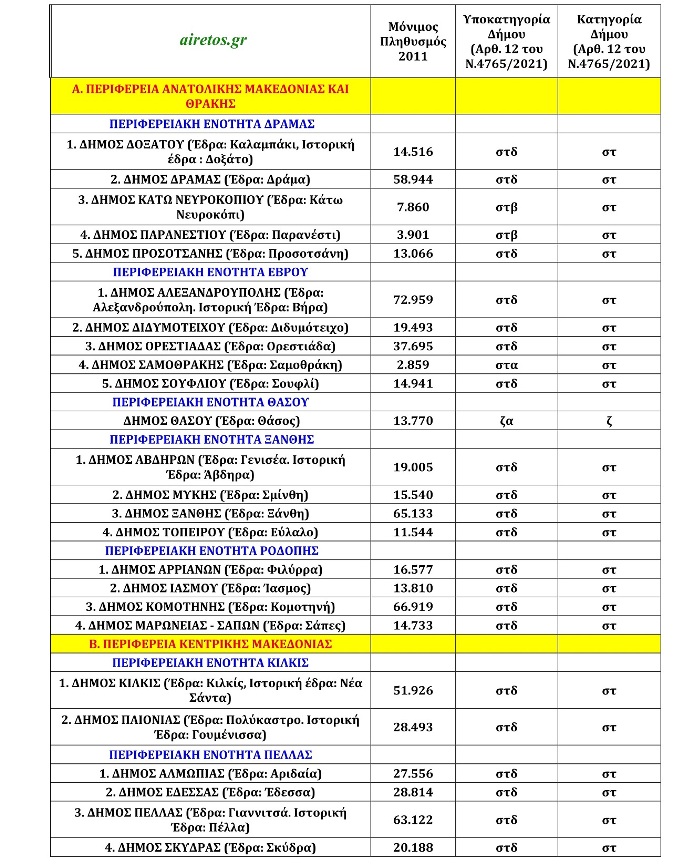 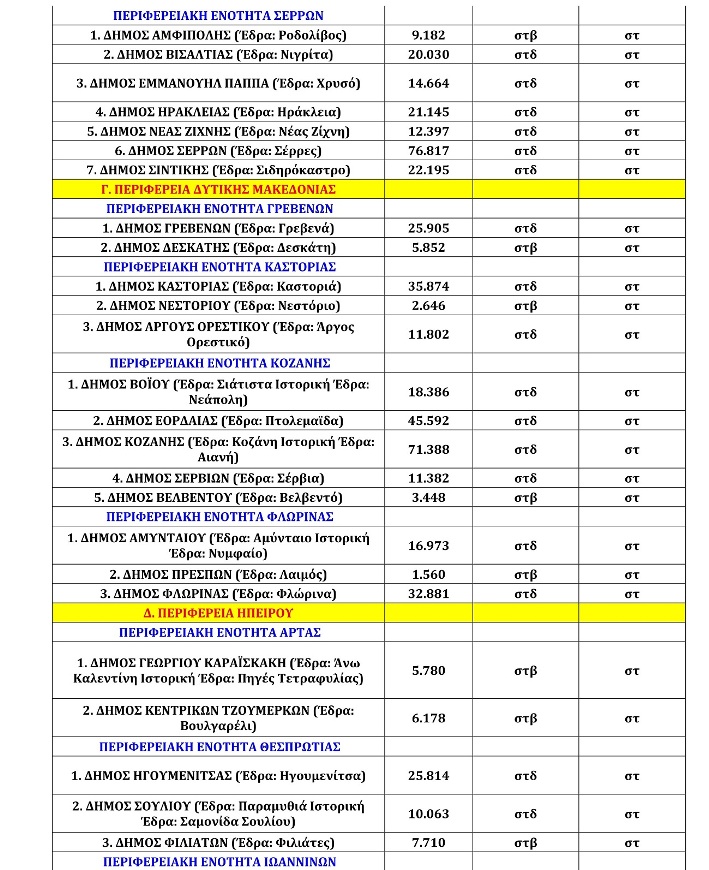 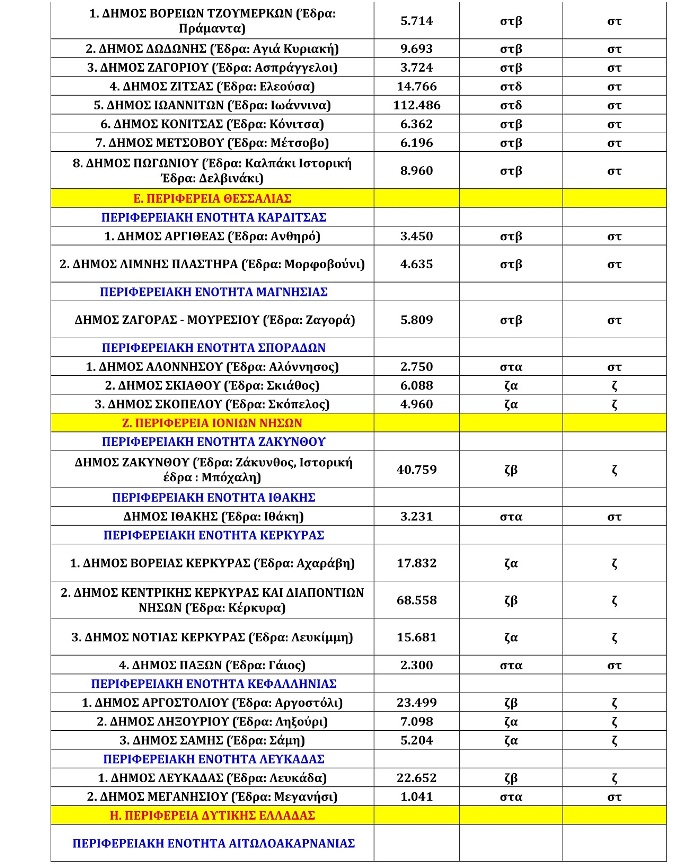 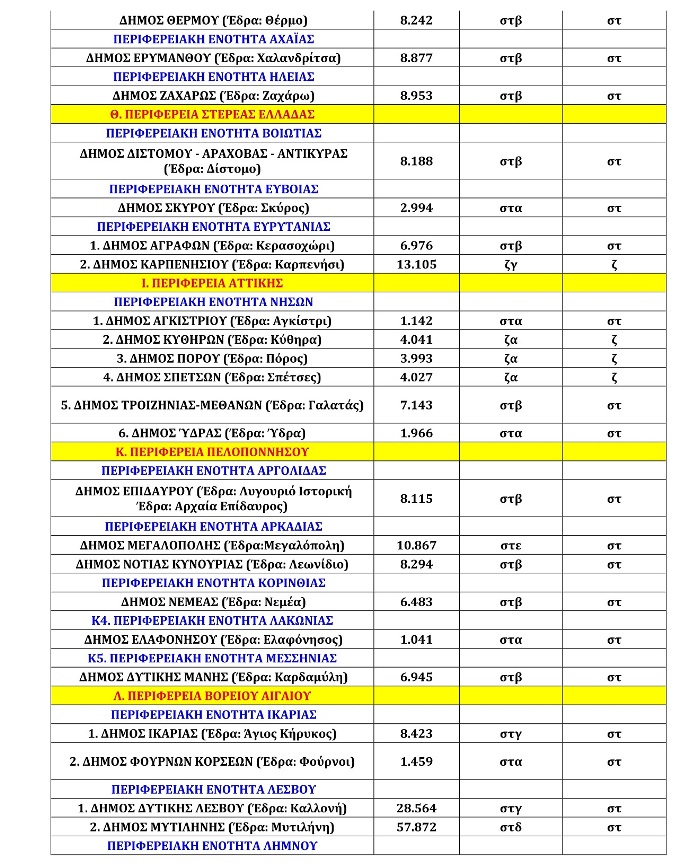 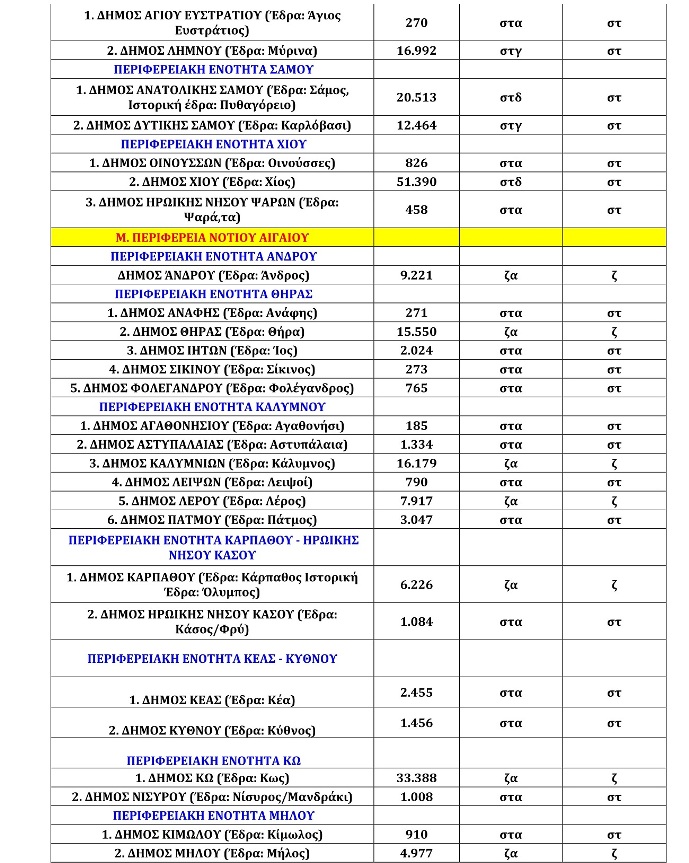 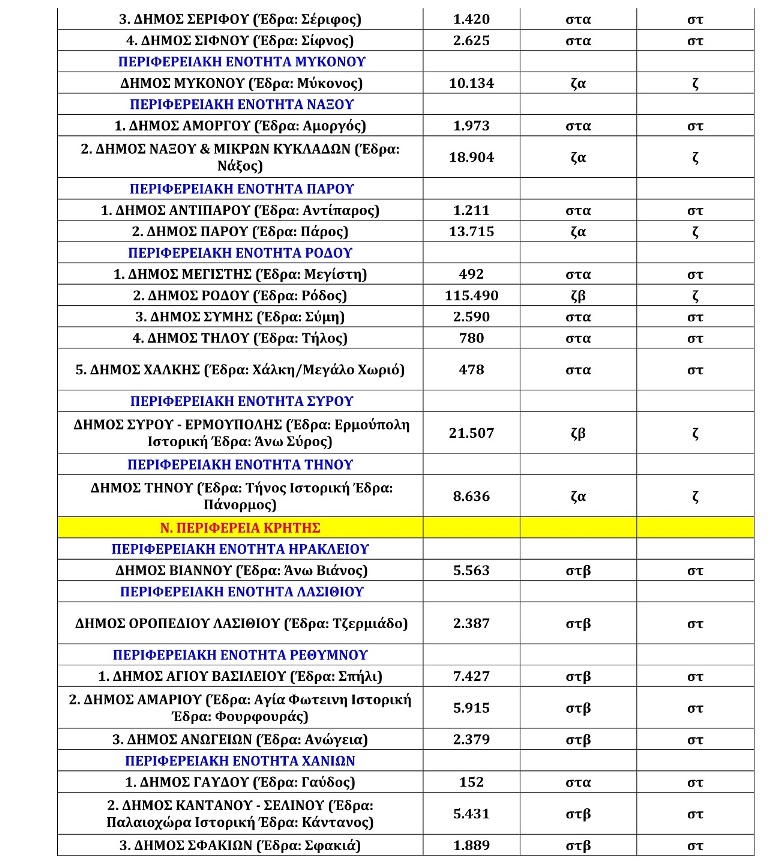 ASEP: Hirings 15 people in the Municipality of Kozani

Hirings 14 of people in the Municipality of Argos Orestiko

At 21.171 are the permanent and temporary positions that "run" or are going to "run" through ASEP and OAED. It's about...

ASEP: Hirings 15 people in the Municipality of Kozani