The Municipal Council of Boios became a rodeo. The police were called- The President removed people from the room. Video

The Municipal Council of Boios became a rodeo. The police were called- The President removed people from the room. Video

Once again the issue of the workers at the Pentalofos Structure, ignited the blood at the Boi Municipal Council meeting.

The matter of drawing up tables, brought high tones and confrontations.

After 3 hours the matter was upvoted with 11-7 with the proposal of the opposition the one table as submitted by the Head of the Municipality Agni Bliagou, with the observation that if new people need to be hired they should be from the old staff in the second table, which, according to the Mayor of Voi, Christos Zeuklis, may lead to the closure of the Structure.

In the end the decision was changed and both boards were approved by majority with the observation that if new people need to be hired they should be from the old staff in the second table.

In fact, the President removed from the room former employees who were interrupting the meeting, while the police were also called to enforce order.

There had been an update on advisor questions , just as the granting of plots of land to Agroboio is off the agenda.

At the beginning of the meeting, a minute's silence was held in memory of N. Papageorgiou.

Watch the video of the entire discussion from the sierra fm live broadcast.

The Municipal Council of the Municipality of Voio meets on Thursday 29 September 2022 at 6 pm with 14 subjects 1Granting scholarships to... 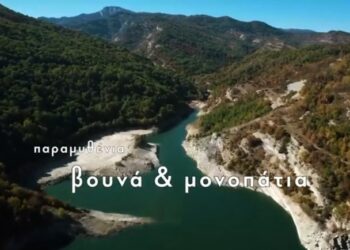 Life: A magical place, and Autumn. Check out the great videos

Life: A magical place, and Autumn. Check out the great videos related to gastronomy, the monasteries and the landscapes... 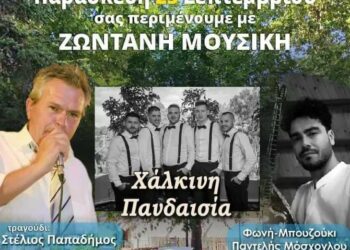 3the Distribution for 2022 food and basic material assistance from the P.E.. Kozani in collaboration with the Municipality of Voio within the TEVA program

The Regional Unit of Kozani as the lead partner of the TEBA Social Partnership that has been established for our Prefecture in collaboration...