Conference on 200 years since ’21! “The redefinition of the Greek Nation after the 19th century, in relation to the Balkans and the rest of Europe. Ruptures and sequels”

Water supply interruption for the restoration of damage in the wider area of ​​Ag. Athanasios of the Municipality of Kozani

Vasilakopoulos: What is the risk if the second dose of the vaccine is not given?

Others 3 attacks in Nea Smyrni, Paleo Faliro and Acropolis had been done by the young man on display – 25time: "It simply came to our notice then…»

The law on state aid

Another bill to support society is currently being put to a vote by the Government and the Ministry of Finance and concerns assistance after natural disasters.. The provisions of the bill seek to speed up the procedures for the payment of compensation and state aid, beyond ELGA, ie for damages not covered by the current regulation.

Climate change has increased the occurrence of extreme weather events. A recent example is Janos who hit areas of the country hard. That is why it was necessary to create a new institutional framework, on the basis of which the damages will be assessed and compensated immediately, in addition to the provisions of the ELGA Regulation.

The bill stipulates three levels of subsidy: the one-off first aid, the advance payment of the grant and the grant paid after verification of the supporting documents.

The New Democracy government, as last year, so this year, supports the ELGA budget with 30 and now million. euro. Moreover, the President of ELGA, K. Lykourentzos, took care of the timely reinforcement of the institution with 146 temporary staff.

Unfortunately, Intense weather phenomena affected large areas of the country this year as well, resulting in many producers of PE. Kozani to suffer extensive damage from frost. For that matter, MPs and the Regional Governor of Western Macedonia visited the President of ELGA, while the issue also occupied the parliamentary work in the context of the discussion of the bill. In the competent Committee, the Minister of Finance promised that the Government will deal with it immediately, Efficiently, methodically and fairly. Moreover, By decision of the Prime Minister, the mapping procedures were created, recording and dealing with the effects of frost.

Nevertheless, in addition to covering direct production losses, there is the issue of dealing with secondary, that is, those related to the loss of income from the harvest, sorting and marketing of agricultural products and special care should be taken there.

The provisions of the bill

What is it about?; In the formation of a single institutional framework, establishing a clear procedure and defining appropriate structures, for the effective implementation of state aid actions and the more immediate payment of aid.

-in business, that is,: industrial and craft units, stores, agricultural holdings, businesses (of all kinds and forms, and individual, and freelancers, production companies, processing or marketing of fishery and aquaculture products, public, municipal or community-owned enterprises, public limited companies of OTA. and agricultural and livestock units, to whomever they belong).

-to non-profit organizations, that is,: legal entities pursuing public benefit purposes, such as charities, non-profit institutions and civil companies.

What is the coverage for the above institutions; In a grant to deal with losses. In businesses of people with disabilities or family members with a person with a disability, the grant is paid as a priority.

The grant is tax free, unrestrained and inviolable, not subject to detention, fee or levy, is not bound and not set off with debts to the State, the Municipalities, the Regions, insurance funds or credit institutions.

Payment in advance can be provided in exceptional cases, when there is extensive damage (eg large number of companies or size of disaster), upon a reasoned request of the competent Deputy Regional Governor. If found, from the Directorate of State Aid, that an undertaking or institution received an illegal advance, notifies the General Directorate of Financial Services of the Ministry of Finance and the paid is sought with interest.

What applies to policyholders businesses and non-profit organizations; The above aids concern the amount of the damage that is not covered by the insurance policy, after the completion of the process of determining the amount of damage covered by the insurance policy. Insurance compensation in these cases is also tax-free, unrestrained and inviolable, is not subject to any booking, fee or levy, is not bound and not set off with certified debts.

First aid aid: Those above affected by natural disasters may be granted immediate one-off emergency aid, which is also tax free, inviolable and unrestricted etc..

Electronic state aid platform: Aid procedures are done through electronic state aid platform, which maintains a database with information on all types of aid granted to natural and legal persons by natural disasters, with personal and quantitative data. The electronic platform is developed by G.G.. Public Administration Information Systems, of the Ministry of Digital Government and access to it is made through the Single Digital Portal of Public Administration (gov.gr ).

-State Aid also applies to agricultural holdings, without prejudice to the Regulations of ELGA and the KOE, for the insurance of crop production and livestock. Exceptionally, in cases of natural disaster, by joint decision of YPOIK and YPAAT, the strengthening of State Financial Aid, may be granted in accordance with the provisions hereof. Prerequisite are the declaration to the IACS and the payment of the special insurance contribution to ELGA.

-In exceptional cases of extensive damage, by joint decision of YPOIK and YPAAT, a percentage grant of up to 50% of state aid to persons who are not primarily farmers, under legal conditions.

– It is being formed Government State Aid Committee on the coordination and implementation of the institutional framework for state aid.

– It is created to finance programs for natural disasters State Aid Fund (ν.π.δ.δ.), governed by a 9-member Board., supervised by the Minister of Finance, and is administratively and financially supported by the Ministry of Finance.

Resources: Private contributions, refunds from unduly paid, according to K.E.D.E.. after a disaster, and a grant from the State Budget, according to a decision of the Minister of Finance.

– In exceptional cases, can be defined, by decision of the relevant Mayor, Heads of State Aid to Municipalities affected by the disaster.

– After a disaster, are formed per P.E.. State Aid Committees, for the assessment and recording of losses.

– It is created Electronic National Register of State Aid Commissioners, which includes candidates for participation in state aid committees, according to the procedure, the qualifications and evaluation bodies to be defined by the JMC

– It is created Directorate of State Aid, responsible for state aid matters with 20 organic positions in the Ministry of Finance for its operation while posting to it is allowed up to 10 employees, serving in General Government bodies.

Other provisions of the bill

Regulations of the Ministry of Finance are included, in particular:

* They are excluded of performance fee and for 2020 farmers of normal status, and coastal fishermen, operating fishing vessels up to 12 meters

* Extended the suspension time up to 31-12-2021 of the obligation to pay a percentage to the State 5% of the hospitalizations received by the private Chronic Dialysis Units while any amounts paid, returned or set off. Defined in 6% VAT, until 31-12-2021, for certain types of dialysis.

* It is adopted the possibility of granting aid, as a support measure in the form of "increased special purpose allowance", in companies that were financially affected by the Koronovirus.

* The appropriations of the budget of the Ministry of Finance are increased by 3 billion to fund actions related to the implementation of measures to address the negative effects of the Koronovirus.

* Finally, it is stipulated that the pension thresholds of the I.K.A.. and the State, as it was before law 4387/2016 (12-5-2016), continue to apply both to the award of the pension and to the crisis of the pension right of the members of the families of the fighters of the National Resistance retired O.G.A.. and Writers – Artists, respectively. At the same time, a special exception is introduced, so that the beneficiaries receive their pension retroactively, from the date of birth of their pension entitlement.

This is undoubtedly another legislative innovation of the New Democracy Government that comes to fill an institutional and organizational gap., but also a real need to support producers and businesses affected by extreme weather events.

This government has proved that despite the huge problems the country has faced this year, is next to the citizen in every need. 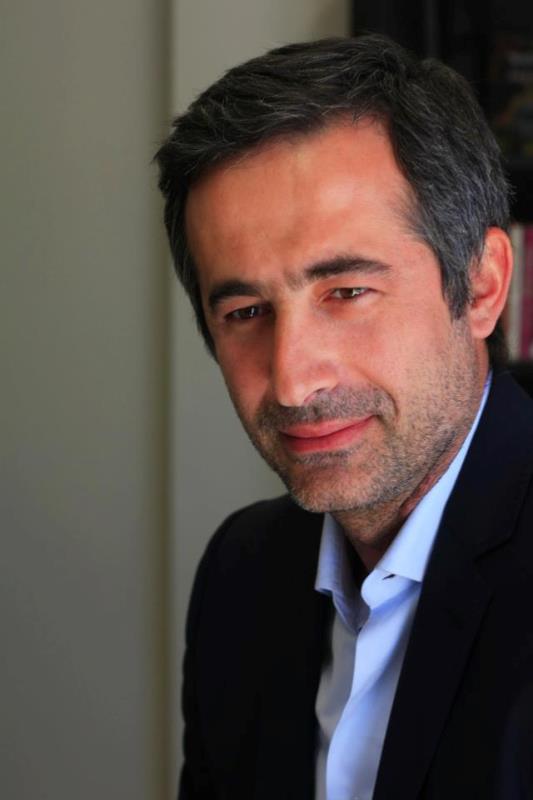 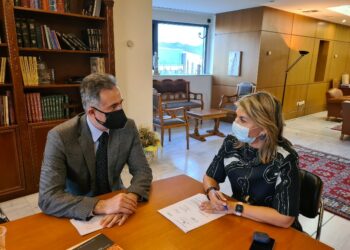 In my meeting with the Deputy Minister of Education and Religions, Zetta Makri, we discussed the need for approval and operation of high school classes in ...

Speech by Stathis Konstantinidis on the new Code of Judicial Officers

Speech by the Member of Parliament for Kozani, Stathis Konstantinidis, at the Bill of the Ministry of Justice for the new Code of Judicial Officers and others ...

Stathis Konstantinidis: Thousands of school meals from the new school year for our Prefecture