The benefits of marjoram and the contraindications

The benefits of marjoram and the contraindications

Have you ever heard of the benefits of marjoram and its contraindications?; The marjoram (Origanum majorana) is a well-known herb in Mediterranean cuisine because of its aroma. This plant belongs to the family Lamiaceae and has become popular worldwide for its medicinal properties..

According to a detailed article published in Evidence-Based Complementary and Alternative Medicine, the herb is grown in countries such as Spain., Hungary, Portugal, Germany, and France. Generally, people use it for anti-inflammatory drugs, antibacterial, gastroprotective, and its antioxidant properties.

in this article, we will tell you where it is used and when you should not take it.
The benefits of marjoram supported by science

In cooking, you can use marjoram to give a nice aroma to soups, salads, and meats. Nevertheless, in traditional medicine is often used to stimulate digestion and relieve menopausal symptoms. Many people, claim that it has other benefits.

However, there is no evidence, until today, to consider it a first-line treatment for any disease. So, should not replace any medication and it is best not to use it exclusively for health problems.

If you get sick, The first and best thing to do is go to a doctor. Now that we have clarified that, let's look at its main uses.

In natural medicine, One of the predominant benefits of marjoram is digestive health. According to a study published in The American Journal of Chinese Medicine, this plant has anti-ulcer properties, probably due to its content of volatile oils, flavonoids, tannins, and other substances.

Similarly, a study on various plants published in the Brazilian Journal of Microbiology, found that marjoram helps against foodborne illness. Specifically, can fight pathogens such as clostridium refractive (Clostridium perfringens).
Helps regulate the menstrual cycle

Marjoram is an ally of women's health, especially for those who are faced with changes in their menstrual cycle. Both the extract, as well as her tea, have shown a positive effect on the restoration of hormonal balance.

Actually, the results of a randomized controlled trial published in the Journal of Human Nutrition and Dietetics, emphasize that marjoram tea is beneficial for people with polycystic ovary syndrome. It seems to help regulate hormonal activity and insulin sensitivity.
Helps prevent disease

Many of the benefits of marjoram are attributed to its antimicrobial and antifungal properties. Thanks to them, Its extract can help prevent and treat certain infections. In a study published in Global Advances in Health and Medicine, Marjoram helped against bacterial overgrowth in the small intestine.

In addition, An interesting effect was shown by its diluted essential oil on fungal infections of the skin. Until now, we do not have enough evidence to confirm these uses, but doctors consider it safe for most healthy adults.

Read also: Vaginal fungal infections: What do you know about them?;

We saw the main benefits of marjoram, However, it is important to clarify some side effects and possible contraindications of the plant. If you have doubts about its use, then it is best to consult your doctor.

-Pregnant or breastfeeding women should avoid marjoram supplements or tea. According to an article in the International Journal of Obstetrics and Gynecology, due to its influence on hormonal activity, may prove harmful in some cases.

-Supplements of this plant can interfere with blood clotting. For this, Doctors advise against its use in case you are taking anticoagulants or suffer from related diseases.
-The plant and its extracts interact with diabetes drugs by lowering glucose levels. So, it is best to avoid it unless your doctor approves.

How to take advantage of the benefits of marjoram;

If marjoram is not contraindicated for you, you can include it in small quantities in various recipes. You can even combine it with a tablespoon of cooking oil and add it to soups., stew, salads, vegetables, meat recipes, etc..

Now, if you take it as a supplement or tea, We advise you to follow the manufacturer's instructions for its consumption. Whenever possible, it is best to ask your doctor before doing anything on a regular basis. 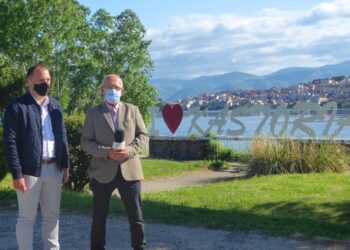