The Movement for Change supports the NSS. and his People - Visit to Mamatsio & Bodosakeio Hospitals

Municipality of Grevena: The arrival of natural gas is getting closer after the decision taken by the Municipal Council

5 heart failure symptoms that occur only in women

The Movement for Change supports the NSS. and his People - Visit to Mamatsio & Bodosakeio Hospitals

The two hospitals of P.E.. Kozani visited on Monday 10 August step of the Movement for Change consisting of the Secretary of the Prefectural Committee I. Theodoridis, the member of N.E.. and the Health Department Konstantinos Konstantopoulos, the parliamentary candidates P.. Koukoulopoulos - and member of the Political Council - and B.. Gritzeli and the secretary of the Local Organization of Eordaia T.. Tokmakidi, where they met with their commanders, K. Stergio Ganatsio of Mamatsio and Mr.. Stavros Papasotiriou of Bodosakeio as well as the presidents of the trade unions and. Dimitris Dentis and Mr.. Giannis Papadopoulos respectively.

The two hospital managers focused on the issue of their understaffing and the fact that the emergency recruitments announced to deal with the coronavirus crisis were not implemented in their entirety.. The reduced staffing, noted, calls into question the full utilization of the new medical equipment and the extensions of the infrastructure of the two hospitals that have been launched and / or are being implemented.

The presidents of the unions addressed the issue of staff safety and the new protocol that applies after returning from leave, the need to complete the recruitment program and to ensure the adequacy of personal protective equipment for the unfortunate but highly probable case of a second wave.

The Secretary of the Prefectural Committee, after thanking the administrations and the presidents of the workers' unions for the efforts made by the "front line of the battle" against the coronavirus, noted: "The National Health System is a top reform and we are proud that PASOK introduced it and set it up almost from scratch., especially in the region. " He pointed out that his practical support will continue to strengthen both the institution itself and its employees..

To Ε.Σ.Υ. needs to be modernized. To operate based on the needs of society and special circumstances, such as mountaineering, and the economic and social challenges - see de-lignification - facing individual regions.

Wreath laying for the 47th anniversary of the Polytechnic by the N.E.. Kozani

Stefani deposited at the monument of the central square of Kozani a delegation of the N.E.. of the Movement for Change to honor the 47th ... 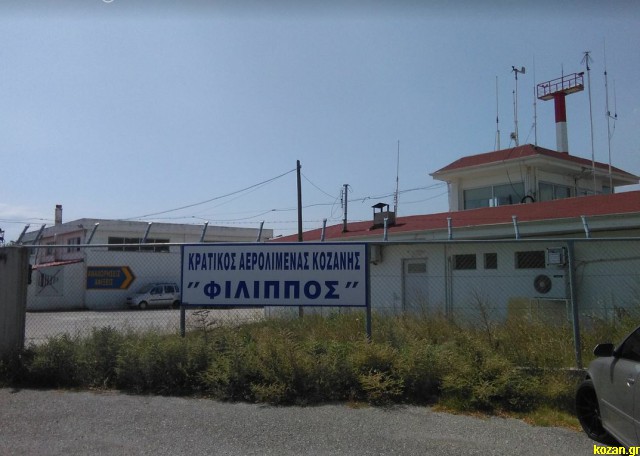 The answer to the Movement for Change for Kozani airport

Question of MPs of the Movement for Change to the Ministers of Environment & Energy and Infrastructure & Transport for Kozani Airport. The...

The lockdown in Kozani is absurd or logical;;; of the Secretary of the N.E.. Kozani Th. Theodoridis

Three days ago I wrote in my post "Kozani, zero time". This day came with our city in ...

The delusion of the central government of New Democracy (of the Secretary of the N.E.. Kozani Th. Theodoridis)

No matter how much the Prime Minister tries to show another person of government with central characteristics and meritocracy, as many masks and ...