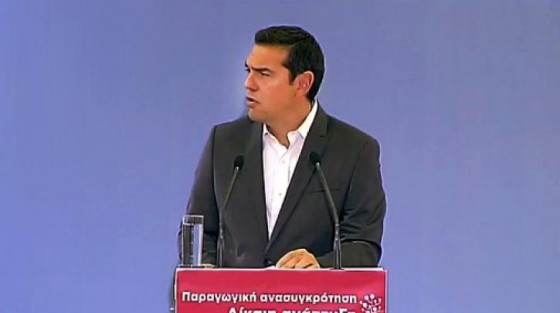 The slogan "a new beginning with society", elected by the president of SYRIZA, Alexis Tsipras, to unfold the SYRIZA government program, from the podium of the Vellideio Conference Center, in the context of the 85th Thessaloniki International Fair.

The spearhead in Mr.'s speech. Alexis Tsipras were his party's proposals to support the middle class, while emphasizing the modernization of the state, promising the abolition of the staff state of Kyriakos Mitsotakis, which, he argued, failed miserably and is a source of squandering public money.

During his speech to the productive bodies, the president of SYRIZA pledged to increase the minimum wage in 800 euro, when his party takes over the government of the country.

Alongside, the SYRIZA program analyzed by Mr.. Tsipras predicts part of the private debt created during the pandemic for individuals, businesses and farmers, as well as the abolition of the Bankruptcy Code.

In the speech of Mr.. Tsipras had a special place in his proposals for young people, that their dreams, as he said, "They do not need Megabytes and pocket money to flourish, but a country that cares about them, supports them, gives them perspective and ambition to live and create in their place ".

The abolition of the executive state

Mr.. Tsipras pledged that "the progressive government that will emerge from SYRIZA's victory in the next elections, will not be the government of one party», speaking of a new democratic model of governance "that will inspire security in the citizen, aimed at durability, stability, predictability».

«Rest assured that we are ready and determined to take on the burden of responsibility againConcluded Mr.. Tsipras in his speech, "Programmatically ready, more experienced and more mature, determined and aware of our responsibility ".

Referring to the institutional reforms in the State, the SYRIZA plan is briefly summarized in the following axes:

The plan for a new NSS

Alexis Tsipras also presented SYRIZA's plan for the new NSS, as he said, will respect the priorities and limits of each citizen and will treat each patient according to his needs and not according to his wallet.

It also proposes a salary for the first-time doctor in 2.000 euro and the inclusion of health workers in the status of the heavy and unhealthy.

Mr.. Tsipras characterized Education as equally critical, talking about a "new beginning", a bold Democratic Reform, aiming for a strong Public School, and a high-level Public University, open to those young people who have the ability to learn and a strong will for knowledge.

The reform proposed by SYRIZA provides, among other things:

During his speech to the productive bodies at the Vellideio Conference Center, The president of SYRIZA promised to increase the minimum wage to 800 euro, "The first day" when his party takes over the government of the country.

The first work-related legislative interventions that are already ready, as Mr.. Tsipras, is:

"The numbers are thriving, people are unhappy "

Referring to the Economy, Alexis Tsipras spoke about a model of "oligarchic capitalism imposed on the country by Mr.. Mitsotakis and his sponsors ".

«Lately numbers seem to be prospering but people are unhappy. The magnitude of the recovery in no way rests in the pocket of the vast majority of small and medium-sized, of the self-employed and employees, who have seen their purchasing power decline rapidly from an unprecedented wave of accuracyHe stressed.

He pointed out the need for a new productive model, which will stimulate domestic production and address the huge trade deficit, that is, the fact that we import more and more products compared to what we export.

Alexis Tsipras also spoke about a process of violent de-Hellenization of important sources of wealth in our country in all areas of business and economic life., as "have already transferred their loans to funds that sell the assets of heavily indebted Greek companies with a significant profit margin, usually to foreign investors».

«So we proceed immediately to interventions aimed at addressing this problem, with the reorganization of the Banking sector, and restoring the financial system to its natural role, that is, to that of the main financier of the economy».

For business and household debts, Mr.. Tsipras stated that the first interventions will concern:

Regarding the new wave of accuracy that is already sweeping businesses and households, Mr. Tsipras mentioned: 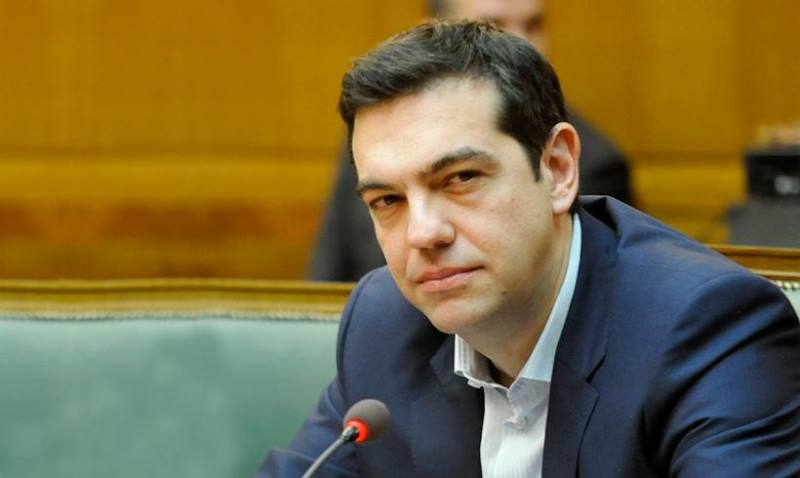 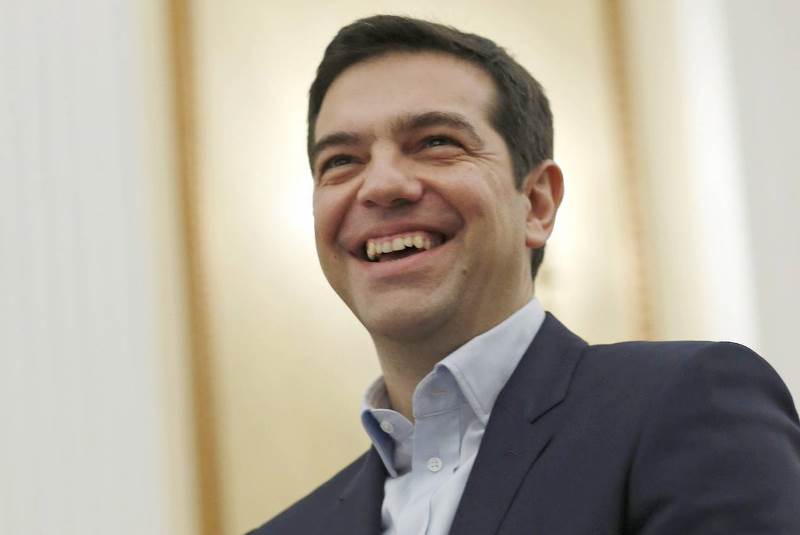 In radical changes not only in the heads of departments but also in key positions of the party as the secretary wants to proceed ...

Tsipras' speech in Kozani. Attack on the SW.

Alexis Tsipras gave a speech in Kozani on Wednesday night 13 November. The leader of the official opposition exercised ...