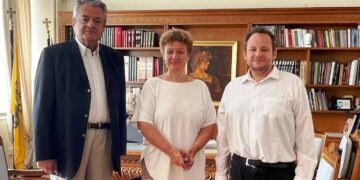 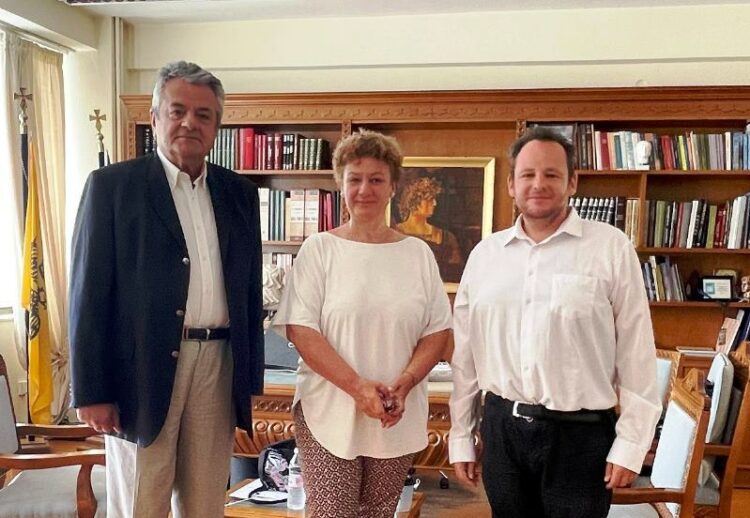 He met with the Deputy Regional Governor of Kozani Grigoris Tsioumaris on Friday 23 June The International President of the Union of European Journalists Saya Tsaousidou during her visit to her hometown.

The problems of the region but also the prospects for the development of the law were among the issues that prevailed.

The possibility of cooperation of the Union of European Journalists with the institutional actors of the prefecture was also discussed in order to highlight the positive advantages of the region and to find solutions for promoting the work that is being done..

It is worth noting that Sagia Tsaousidou comes from Kapnochori, Kozani and in every action she does not forget to remind her place of origin.

The appointment has been renewed for the immediate future as the prospect of a development conference for the post-de-lignification era and growth prospects are on the table.

The President was accompanied by journalist Michalis Agrafiotis, a member of EEDAD.

Concluding his presentations for the large project "Road access to companies in the primary sector of PE.. Kozani », ο Αντιπεριφερειάρχης Κοζάνης Γρηγόρης... 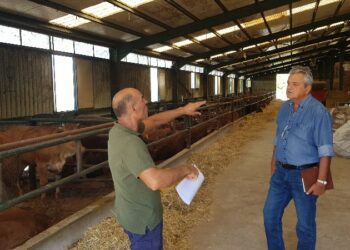 Continuing his suggestions, the Deputy Regional Governor of Kozani, Grigoris Tsioumaris, for the implementation of the big project "Road accesses to primary companies ... 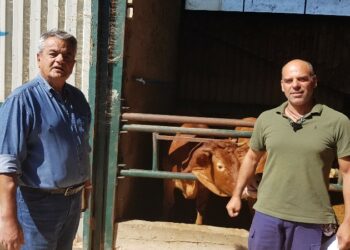 Infrastructure for farmers in the Municipality of Voio from the Region. Video

He was found in the Municipality of Voio on Thursday 2 September the deputy regional governor Grigoris Tsioumaris. He visited the livestock unit of the former president of Neon ... 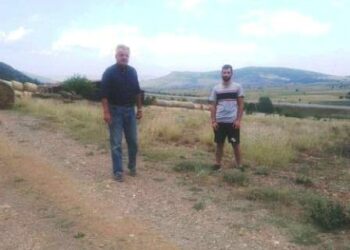