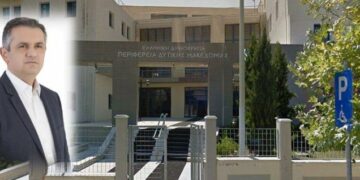 A 20-year-old man was arrested in the area of ​​Eordea, Kozani, for possession of drugs

Vaccine: The platform was opened for the 3rd installment in three months - The background of the decision, the role of Omicron

16 cases in the Municipality of Voio on Thursday. See the detailed distribution in all Municipalities

Festive program "8 to 8" of the Municipality of Kastoria

Amanatidis: The innovative proposal for the Disabled "Accessible - Friendly Housing" was adopted

Coronavirus - Vaccine: To 3 months the third installment in all of 18 years and over - When the platform opens

The contract for the preparation of the project "Cleaning streams and construction of small techniques in the context of flood protection of the Kozani Regional Unit", signed by the Regional Governor, K. George Kasapidis, today Monday 25 October 2021.

The contract concerns the elaboration of general cleaning works of the riverbed and the cross section of the waste gutters, rubble and other carried materials, as well as from the extensive native vegetation. In addition, in the context of the maintenance of streams and existing flood protection works, the construction of small technical works in the streams crossing areas is foreseen, their marking and insurance. End, from the project contract the contractor is committed to the provision of emergency personnel and equipment in case of emergencies, by order of the Service.

The project is funded by the Public Investment Program with a total cost of 882.654,78 € plus VAT. and the deadline for completion of the subject of their contract 24 months.

This is sixty-one (61) streams to be cleaned, in small and large settlements throughout the PE. Kozani, to remove the risk of flooding.

Eight interventions (8) concern the Municipality of Eordea in the settlements of Kriovrisi, Of Milochori, Cool, Ptolemaida, and Perdiccas.

It is worth mentioning, that for the first time in the chronicles of the Region an attempt is being made to clean so many streams, αποδεικνύοντας ότι η Περιφερειακή Αρχή έχει θέσει την ασφάλεια των πολιτών και των επιχειρήσεων σε προτεραιότητα, υλοποιώντας έργα εξαιρετικής σημασίας. 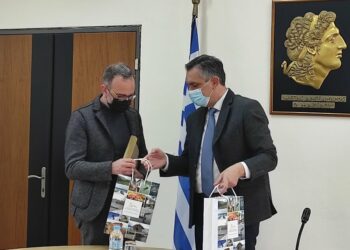 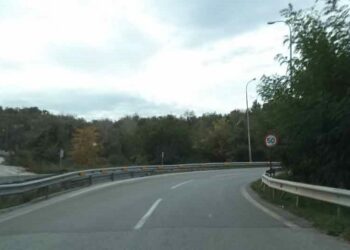