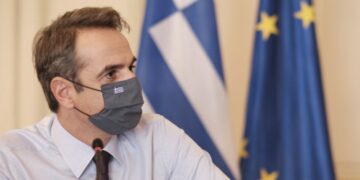 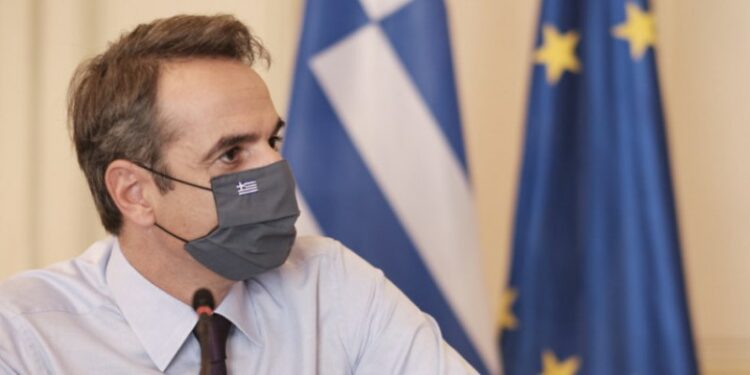 The article 25, paragraph 4 of the Constitution invoked the Prime Minister for the mandatory vaccinations, in the dialogue he had in front of the cameras with the President of the Republic Katerina Sakellaropoulou, during their meeting.

«The State has the right to demand from all citizens the fulfillment of the debt of social and national solidarity», said Mr.. Mitsotakis, noting that this article is more relevant today than ever.

«This is what we demand from our fellow citizens. The debt of social and national solidarity. Tackling the pandemic is the battle of our generation. We will win it. But we must win it by taking on all the responsibility that all citizens have for themselves., to their families and to society as a whole», he added.

Alongside, pointed out that its spread Delta mutation forces us to step up our efforts to persuade skeptical citizens to be vaccinated.

«Let me first inform you about the developments on the pandemic front. As you know yesterday we overcame their barrier 10 from vaccinations, the company "Freedom»Proceeds as we had planned, but it is now absolutely certain that the Delta mutation forces us to intensify our efforts to persuade our fellow citizens who may still be suspicious that they should be vaccinated», said the Prime Minister Kyriakos Mitsotakis in his first conversations during his meeting with the President of the Republic Katerina Sakellaropoulou.

And he continued: "And that is where we will focus all our efforts, is an effort that cannot be limited to the central message which is systematically and methodically transmitted by the government, by experts, for many months. Local authorities should also be involved, we have to go door to door, to convince our suspicious fellow citizens that they must take this step and of course today the relevant announcements were made by the Ministry of Health so as to give additional incentives to family doctors and pharmacists in order for them to make appointments and convince in the way our fellow citizens that they must take this step. Did you also know that yesterday the provision in the Parliament was passed on the obligation of vaccinations for the employees in the health services but also for those who work in the extremely sensitive field of support of our elderly fellow citizens in nursing homes. I consider this provision to be correct and appropriate, we followed all recommendations of the Bioethics Committee, is the last stage, the last option we have at our disposal. EI hope we do not have to apply it in practice and all health professionals, except those who have very serious medical reason certified, to rush to be vaccinated ". 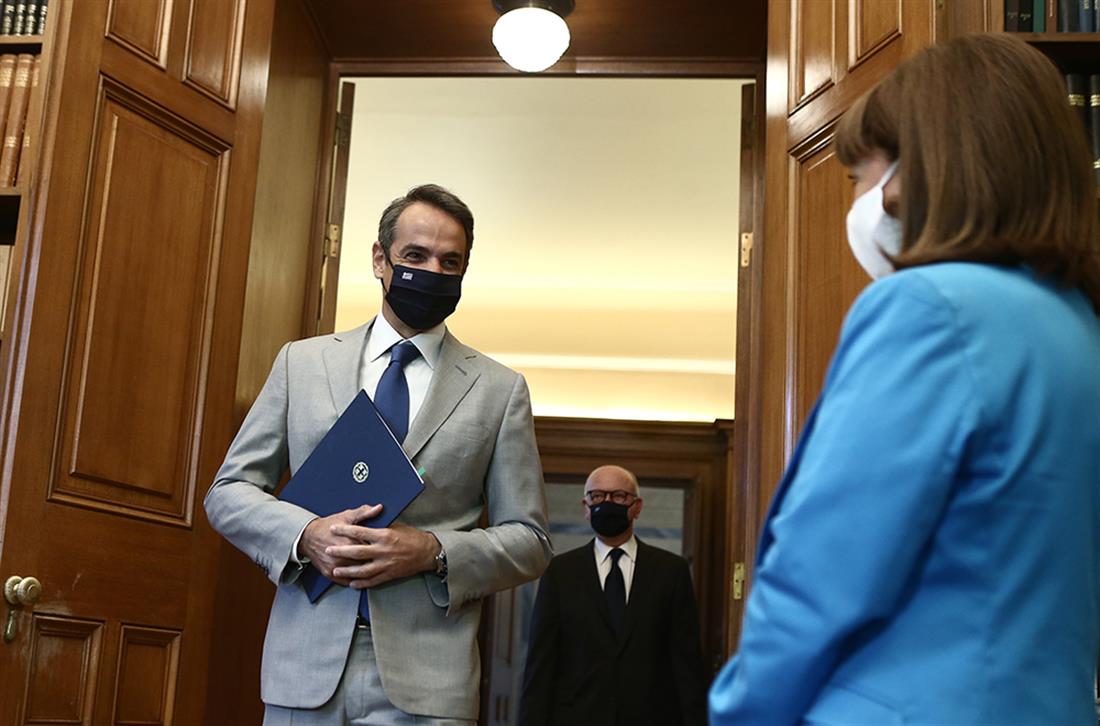 The Prime Minister added: «And as we celebrate the restoration of democracy tomorrow, I wanted to remember an article in our charter that we often neglect. It's the article 25 paragraph 4, in fact I want to read it to be absolutely accurate where in our Constitution we provide that the State has the right to demand from all citizens the fulfillment of the debt of social and national solidarity.

I think this article is today more relevant than ever. This is what we demand from our fellow citizens, the debt of social and national solidarity. Tackling the pandemic is the battle of our generation, we will win it. But we must win it by taking on all the responsibility that all citizens have for themselves., to their families and to society as a whole ".

Mr.. Mitsotakis also referred to sad anniversary of the fire in Mati: «I would also like today, 23 July, to remember, Madam President, the victims of the imminent tragedy in Mati. Three years ago we mourned more than 100 the dead, a tragedy that stigmatized the country, It has hurt us deeply and I believe that as a minimum sign of obligation to our fellow citizens who have lost their lives we must do two things. The first is to move fast so that the Eye, as we had committed, to be rebuilt, to be properly urbanized and transformed from a virtually anarchic settlement into a well-structured, safe, modern state. I have brought you here our presentation on special plan for fire-affected areasof the municipal units Nea Makri and Rafina, a very systematic work which was done in full consultation with all stakeholders, So the special urban plan is ready as is the forecast for where we will build the houses and with the very kind contribution of the Republic of Cyprus where we will host our fellow citizens who were left homeless as a result of this great tragedy..

The second thing we have to do has already been launched, is the largest Civil Protection Program in the history of the Greek Nation. Natural disasters are here and will be here, and will unfortunately intensify as a result of climate change and we have developed a comprehensive civil protection program that invests substantially in our infrastructure but also in our human resources so that as much as possible and as far as possible we can deal with consequences of natural disasters. And of course where it is possible to prevent them ".

"Mr. President, the huge effort in our country and around the world to deal with the pandemic continues, unfortunately we have not been able to control it completely. Thanks to science for several months now we have the vaccine at our disposal and thanks to the vaccination program millions of our fellow citizens , as you mentioned we have already touched them 10 from, have been vaccinated. Unfortunately Delta mutation is highly contagious and seems to dominate this period. And as it is a holiday season that we all have the human tendency to relax, it is important to continue to be very careful so that we can return safely. ", said the President of the Republic.

THE Katerina Sakellaropoulou he added: «Science has concluded that the only way to get rid of the pandemic nightmare, the only safe solution, is vaccination. And it is characteristic that the most important percentage of those who are hospitalized at the moment, the majority are unvaccinated and many are young. We must all join and the vaccination effort must be stepped up, to show the highest possible sense of responsibility when it comes to a purely scientific issue such as vaccination, the adoption of views, unscientific assessments and theories, it does not only hurt, not only endangers the lives of those who embrace them but also of all of us the rest. And that is why I want to emphasize once again that the Constitution does not recognize in anyone the right in the context of his own freedom to endanger the life and health of his fellow human beings.. And that's because.. Because the rights recognized by the Constitution do not recognize them only because we individually are bearers of human value which of course applies, but it also recognizes them to us as part of society as a whole. And as part of society precisely because we have the obligation of solidarity and to take care of public health and the lives of our fellow human beings, we are obliged to accept restrictions on our rights ".

And he underlined: "The virus is affecting society as a whole, collectively. And society collectively has to defend itself against it. Each of us with his attitude will be a model of behavior on which we will build social solidarity. And here I would like to address an appeal to those who are still hesitant to be vaccinated, unless they are convinced by the word of the scientists, unless we all persuade them to get vaccinated, let those who are sick listen, those who lost their own people and let them think again because we all really have a responsibility to society as a whole ".

He also mentioned the anniversary of tragedy in the Eye: «On the subject of the tragedy you are referring to, indeed no one can forget the pain for these human lives that were lost, the dignity and patience shown by the survivors, because now we are in the three years later and it is very important that the regulation be made to settle the settlement, people will be able to recover, their properties, to find their normal life again, and of course the judicial investigation where it is needed must proceed in depth, reliably and as fast as possible. And it's an opportunity and I think we hope to achieve that, we see with the climate change all the countries, there is no one else who can be unharmed, unpredictable natural disasters are constantly happening. It is very important to organize on this occasion the civil protection in the country as much as possible and we will say some things tomorrow for the big anniversary, important for the country. "Because the anniversary for the Republic is not only to look to the past and what we have achieved but to look forward to the future as well.". 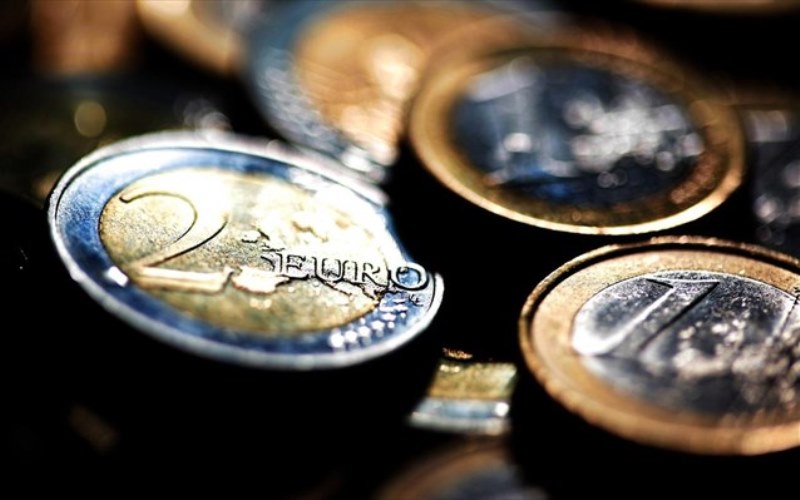 A generous package of relief and support measures was announced by Prime Minister Kyriakos Mitsotakis during his speech at TIF. Between... 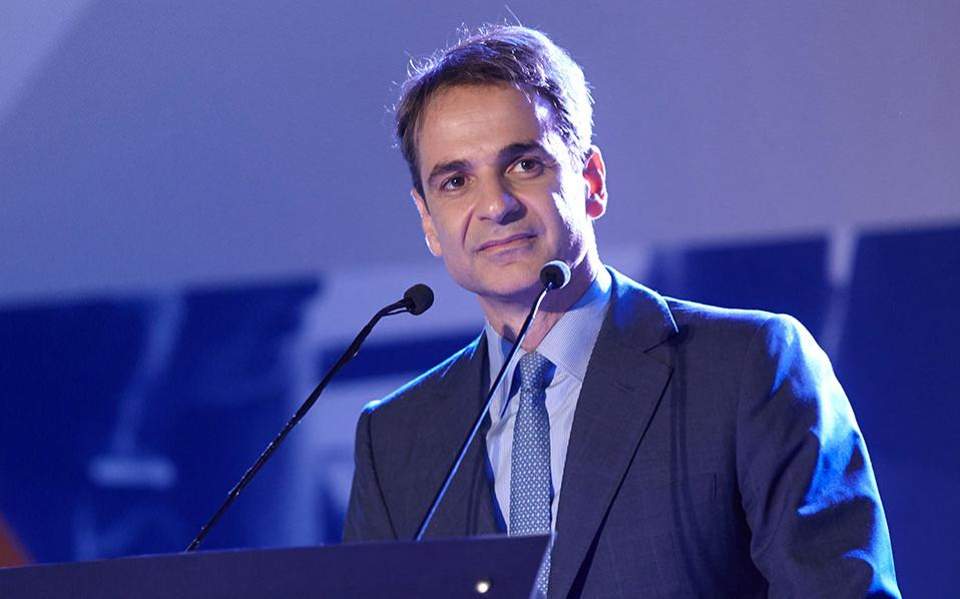 TIF: K. Mitsotakis from Thessaloniki announced a package of reliefs and tax exemptions

Kyriakos Mitsotakis announces a very large package of relief from the TIF podium. The package of measures will be very ...

Reshuffle: These are the changes in the new government