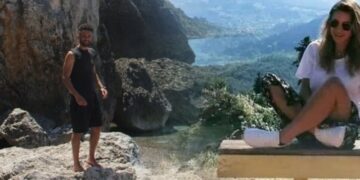 Folegandros: The entire apology of the 30-year-old for the murder – What he supported

Folegandros: The entire apology of the 30-year-old for the murder – What he supported 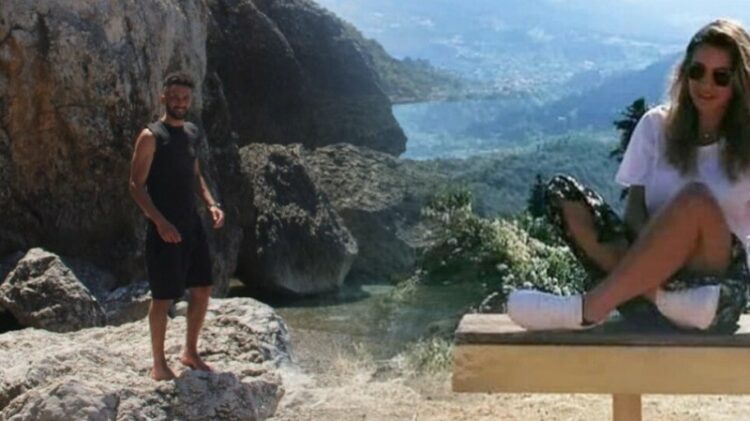 Prof.’ confessed perpetrator referred to the mental problems he had while there were many times when he did not remember the incidents

With a few conversations, many times monologue, answered the questions of the interrogator the 30-year-old accused of the murder of the unfortunate Garyfallia in Folegandros. Prof.’ The confessed perpetrator referred to the mental problems he had while there were many times when he did not remember the incidents that happened before he pushed the Carnation off the rocks, but also afterwards, when the authorities searched for them for hours.

In fact, 30time perpetrator during confession του κατηγόρησε την άτυχη Γαρυφαλλιά ότι ήταν εκείνη που τον he was joking, and his caused ένταση με τη συμπεριφορά της. In fact, he claimed that he had a "free relationship" with the 26-year-old girl, while he stated that when he threw the girl off the rocks, he tried to "save" her with artificial respiration..

The whole apology of the 30-year-old

How and for what reason did you quarrel?;

This time the reason was that it was not he was watching how to go to the place we were going to eat. We went another way and then came back

Your car left or you threw it there;

I left we were in the center of the road and I have to make a turn we fight and the car went off the road. It crashed into stones.

What form did the quarrel take?;

It was intense wrangle. I do not remember specifically. I told her that this has been done many times with paper. She said it does not matter go from another road, if it bothers you so much suicidal.

There were no insults, insults or physical violence;

You had argued again before;

What he said about their acquaintance

Referring to acquaintance told them: "We met last summer in Corinth. We had free relationship. I did not have a parallel relationship, she probably had. We were close one to three times a week. We almost communicated daily in the mobile and in computer. We both agreed on a free relationship. Neither of them had expressed a desire for a closer relationship.

You mentioned in advance that you want to escape, to calm down from the problems of everyday life. What did you mean?;

There may have been mental fatigue from quarantine.

Who suggested you go on vacation

Carnation suggested it. We chose the free camping because the rooms were expensive. We both had free camping again and together and separately. We both agreed on free camping.

The description of the crime

Describing them movements told them on the day of the crime: "It simply came to our notice then we had taken a bath, I do not remember how many hours before the event. We got up at nine in the morning. We had coffee in Agios Nikolas and went for a swim on the beach of Lygaria. I do not remember exactly the area. It also has βραχια. We had been to other beaches and looked at map and we decided to go there because it was the most close. Access was easy. We did not swim at the place where the incident took place, we swam on the beach of Lygaria, not where the car was found ".

As he explained, leaving the beach they were swimming they wanted to go for food. "But we got lost and had to return to the dirt road this time from Agios Georgios to wicker. About them 100 – 200 m after the beach of wicker, back to Ano Meria at a steep point the incident took place ".

Until then, everything was fine;

We did not have good communication, we were not having a good time. We sat for a bath about 1 time and together we decided to leave to go somewhere to eat.

We basically had it gps of her cell phone

"He was mocking me, he was playing with me and I was confused "

The accused is said to have state that the victim did not respect him resulting in the investigator to ask him the relevant question, asking for clarifications about with what he meant by that phrase. "There are some facts but I do not know if there is a reason to mention it. With he was playing pretending to go get cigarettes and go elsewhere and then laugh. The main thing was that this was strongly present on the island. It also led me in the wrong direction, we ended up on a dirt road and then he was making fun of me. It was a repetitive behavior and it was so intense that it spoiled my good mood at the beginning. He did it here too 5-6 months. Similar behavior but not continuous, Sometimes. He tried to expose me either when we were alone or with friends. I have said several times that we should stop for this reason but she insisted that we continue. For some issues we had found solutions, in other places he did the same ".

To the question that is the mobile The 30-year-old's victim's cell phone replied that he did not know, ενώ για τη στιγμή του εγκλήματος, argued that the 26-year-old "got out of the car because he was scared. He shouted because we were off the road and he was scared, while it was not something deliberate. I think once called for help».

"She moment I blurred, locked my mind. I realized that he shouts to create the impression that I am guilty of something and expose me once again. We had quarrel in front of the car. I did not start the car. I do not remember how many meters the car is from the edge of the cliff ".

I only remember one intensity.

What do you remember?;

Where did you push her?;

I think to him cliff. It had no beach.

He fell off the cliff;

I pushed her too he fell and what I remember was that it was in the water. I did not see her hitting the rocks.

I went into the water, took her out and tried to give her artificial respiration

You saw her fall;

I did not see how it ended up in the water. I went down and it was in the water. I do not remember if he had blood. Maybe he had it in his face blood. I do not remember any part of the face. I do not remember what he was wearing. Μπήκα στο water I took her out and tried to do it to her artisanal breathing. I do not know the technique. I pulled her with my hands. It was deep there. I do not know how the dress and the sandals were found next to the place where the Carnation. Not even the earrings and the necklace. There was no fight. When I did artificial respiration it did not react, at first she took something out of her mouth like foam and then did not move. He was not breathing. I took a pulse but did not notice a pulse. I did not hear her voice and I do not remember if she had her eyes open. I only remember that her lips were bruised "

«I showed psychiatry episode first time the 2014 – 2015 with intense brain function, intense stress, dizziness, phobias and hallucinations that follow me. For this reason, at the urging of my parents, I visited a private psychiatrist in Corinth.. Then the 2015 I was examined at the psychiatric clinic of the hospital of Agioi Anargyroi, Attica, where I was diagnosed with bipolar disorder and I was given medication.. Then the 2020 I experienced a psychiatric episode in my workplace and specifically panic attacks, intense anxiety and hallucinations. So examinations by a private psychiatrist accompanied by my parents, in which I did sessions for four months and he gave me the medicine (…) which however I arbitrarily stopped after 5-6 months. I last visited him in June 2021 the psychiatrist of Corinth and I did with him three sessions last 7 July 2021, who did not give me medication. I visited the last psychiatrist because I thought they were watching me again, that I could not communicate, I had misunderstandings and problems with Garyfallia. I had tried many times to end the relationship with her but then she called me to meet again and again. I was continuing it and trying to understand the reasons why this was happening in the human context and in the context of mutual respect. ".

Closing his apology, the 30-year-old said: "It simply came to our notice then. Really, I'm sorry for what happened and I wish things had turned out differently. ". 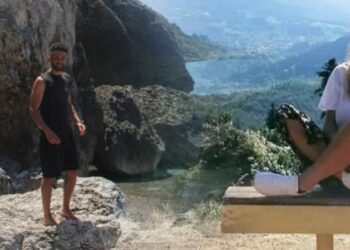 Folegandros: He dragged Garyfallia on the rocks and threw her alive into the sea - The forensic report is shocking

Crime in Folegandros: He pushed her down the cliff and let her drown - The evidence is shocking, mourning for Garyfallia